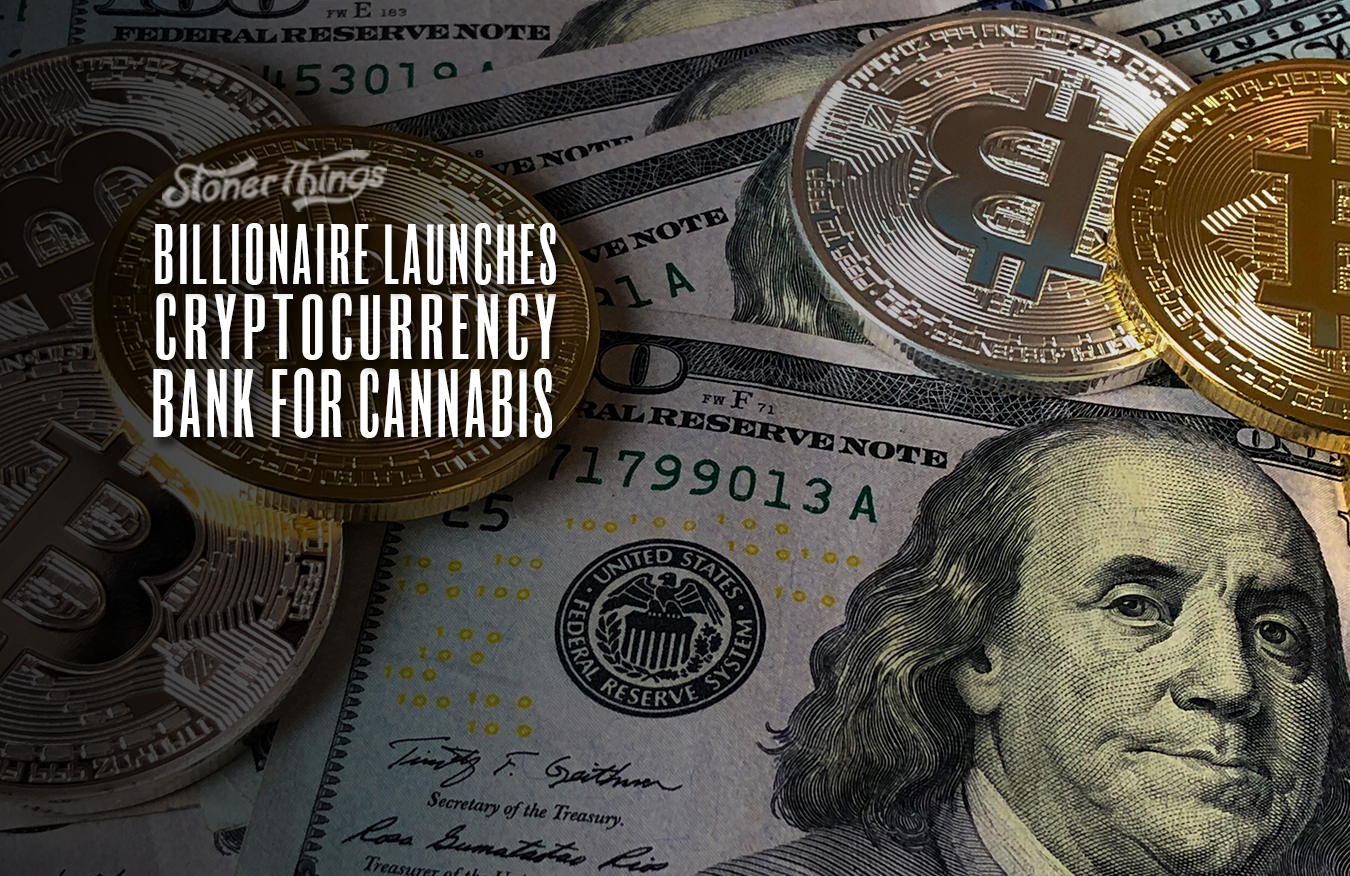 The intersection of cannabis and cryptocurrency isn’t new, but a new crypto bank is hoping to bring more legitimacy to those efforts. You may remember the name Alkiviades David, as he’s the Greek billionaire who was arrested for bringing thousands of cannabis plants to the Caribbean. Well, he’s still heavily invested in the cannabis industry and recently launched the Swissx Bank of Cannabis. The initiative actually addresses several issues with international cannabis business dealings, all of which boil down to using the decentralized nature of blockchain to address regulatory burdens in various countries. If you thought doing canna-biz in the USA was complicated, multiply that when zooming out globally.

So what is this new bank/exchange and what does it do? While not the first to do so, it will create cryptocurrency coins called SWX and that will be tied to the median global price of “premium hemp flower.” Like most altcoins, it’s tied to Blockchain. The coin is backed by $750 million in hemp seeds. Again, it’s not unique to tie a cryptocurrency to a commodity, but David’s endeavor is hoping to distinguish itself in other ways.

In particular, secondary transactions could enable a true international marketplace and exchange. In the U.S. there’s not a single commodity exchange that will handle cannabis due to Federal prohibition. What may be especially enticing to growers and distributors: Futures trading would allow hedging on the price of cannabis in case the market swings downward. That sort of predictability is sorely lacking in today’s market but has also been less of an issue since prices have been stable-to-upwards trending as more states and nations lift prohibitions. Of course things won’t always remain that way, which is why a proper exchange is useful for investors and traders.

Keep in mind the exchange is only one aspect of this venture, which is based in Gstaad, a resort town in the Swiss Alps. David touts the acumen of the Swiss when it comes to banking, and obviously the banking aspect is a powerful tool for financiers as well. As for the coin part of the equation, that will work with the bank’s “Farmer’s Wallet” and pay members of Swissx’s cooperative. The devil is in the details, but crypto-based banks and exchanges have enjoyed relatively little regulation or scrutiny until now, so it’s likely the details of the venture will change somewhat over time. What we do know is David plans to buy all crops produced within his Swissx cooperative, which also provides some stability in the market.

Given his wealth and influence, this is a pretty huge move for the industry at large and could establish a secure beachhead for investors looking to diversify their holdings in cannabis. The question will be if others could follow suit, creating multiple exchanges. That’s not a bad thing — there are numerous exchanges in other asset areas — but could confuse an emerging market that is seeking legitimacy and firm ground. Meanwhile, Swissx will definitely be an exchange/bank/coin to keep an eye on.