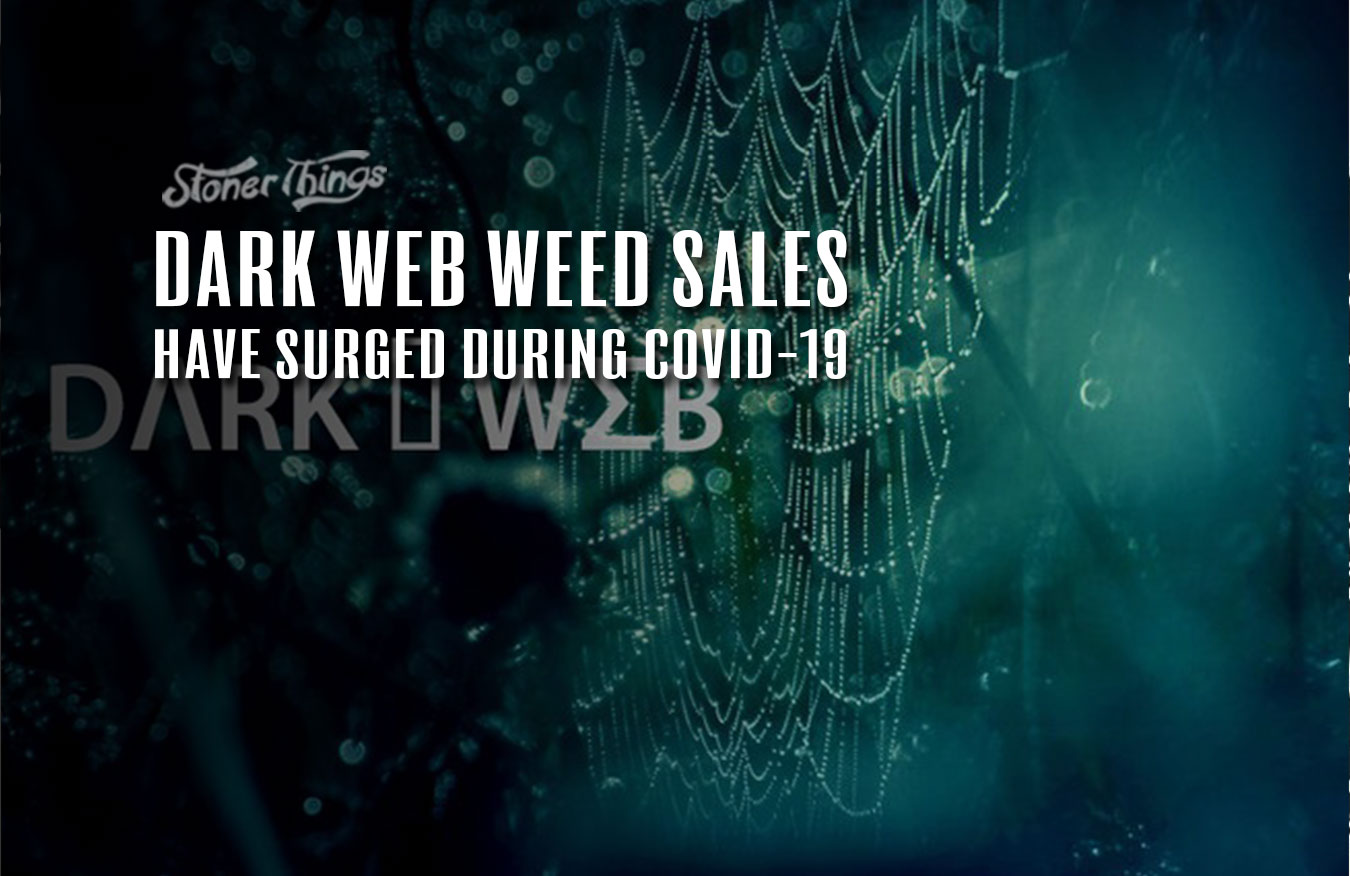 It seems cannabis sales have exploded around the country after the pandemic, and it’s not just legal sales that have grown. Against all odds, people are buying more pot — even where there are stiff penalties if caught. In an article on Wired, Andy Greenberg posits that the surge in “dark web” weed sales could be largely attributed to hoarding. This “doomsday prepper” mentality pans out in some cases, as there were legitimate kinks in the great American supply chain when the pandemic brought economic activity to a screeching halt in March 2020. But is that what caused this surge in dark web weed sales? What even are dark web weed sales?

OK, what is the “dark web,” exactly? Whenever you want to find, say, gutter cleaners in your area, you probably still do an online search. But some say the “clear web,” or portion of the internet that is actually indexed by search engines, is only around 1-4% of the entire internet. That stuff that doesn’t come up in your searches? That’s the “dark web,” although there’s a specific amount (estimated at around 5%) that is only accessible using a special browser, named Tor.

The Tor browser allows you to roam anonymously through this dark web of content and exchanges, many of them involving activities or sales that are illegal in most places. The dark web includes sales of guns, user data, credentials, and even counterfeit money, plus drugs. So for those who know how to get there and where to go, the dark web is a great place to score weed if you don’t have any legal options in your area, or you don’t know anyone personally who deals. This is the stark reality for millions of U.S. citizens, thanks to the continuing Schedule I status of marijuana.

Not all of the dark web is illicit, by the way. There are projects like BlackBook that’s sort of a dark web facebook. There are clubs and groups a plenty, but most seem to be fans of privacy. The dark web is more akin to the original web, before Yahoo even, when “rings” of hyperlinks were curated by aficionados of whatever long tail interest happened to catch someone’s fancy. But yes, there are lots of illicit uses of the dark web and it’s been the frequent target of police forces around the world.

However, Greenberg’s article tackles more than just the U.S., including European sales estimates. Sales increased 30% across 3 markets tracked between January and March of 2020. Europe was hit earlier than the U.S., accounting for the run up to the March shutdowns in America. These dark web sales also showed a lowering in profit, although only one index really shows profit, and it seems an inexact science at that. The smaller revenue could simply be from higher overhead, as more transactions are needed to accommodate the demand, which meant smaller purchases overall and more diffusion of sales. In some ways, it’s not unlike the supply chain kinks seen in the states when producers had to shift inventory from commercial clients to retail.

One thing that could be indicative of the future: As online sales boomed, contactless, online sales may be a future area of growth in drug sales overall. While the pandemic forced the adoption of newer tech, it’s unlikely customers will let go of the convenience and relative safety any time soon.