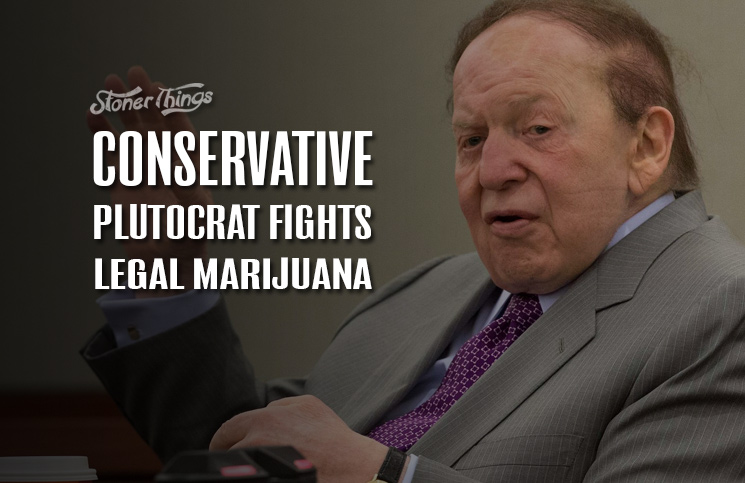 Sheldon Adelson, a Las Vegas billionaire, newspaper publisher, and casino magnate, is one of the Republican Party’s wealthiest backers. He is also one of its staunchest.

And now Adelson, who has thrown at least $100 million into the campaigns of Donald Trump and other GOP candidates, is giving a bit more in an effort to stop marijuana legalization.

Adelson disclosed in October that he has donated $2 million to groups opposing legal cannabis in Nevada. The state will vote on the issue on Election Day. Public support is strong, giving the measure a strong chance of success.

Adelson’s money alone won’t stop Question 2, the initiative that would make recreational marijuana use legal across the state. Even his massive financial presence in Las Vegas won’t make much of a difference. 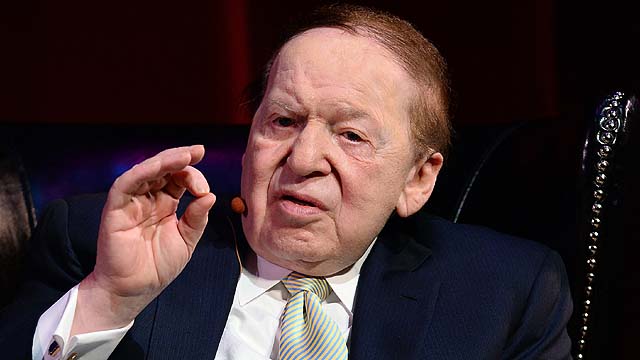 But his contributions are a sign of the growing desperation among legalization opponents. As state after state reforms its cannabis laws, the odds of turning back the tide grow ever slimmer.

Adelson is best known as a billionaire supporter of conservative causes. He has been one of the biggest donors to GOP candidates in 2016 and one of the few financial titans to openly back Trump. Adelson’s newspaper, the Las Vegas Review-Journal, gave the GOP nominee his first – and only – major editorial endorsement.

Adelson’s most recent campaign finance disclosures, filed Oct. 17, show he is the biggest contributor to an anti-pot political action committee called Protect Nevada’s Children, giving the group $1.8 million. Three of his casinos have also donated tens of thousands of dollars to the committee, which was formed explicitly to defeat Question 2.

With roughly $2 million in the bank, Protect Nevada’s Children has almost equaled the $2.1 million raised by marijuana reformers who support Question 2. But Adelson has done little to convince voters they should reject the measure.

Though mostly associated with conservative political campaigns, Adelson also gives significant amounts of money to a wide range of charitable causes. He and his wife have founded addiction treatment clinics, an experience that may contribute to his anti-marijuana views.

Nevada isn’t Adelson’s only target. He has already given $1 million to stop legalization in Massachusetts – though his money is unlikely to have any effect in that deep-blue state.

Adelson also opposes a medical marijuana vote coming in Florida, donating $1 million to that cause. He helped defeat a similar proposal in the Sunshine State two years ago by giving $5.5 million.

Nevada and Massachusetts are among five states voting on legalization proposals next month. The others are Arizona, California, and Maine. Recent polls show at least one or two of the measures will pass, including California.

Leave a comment and let us know what you think: Do big-money donors like Sheldon Adelson make any difference in the outcome of legalization votes?