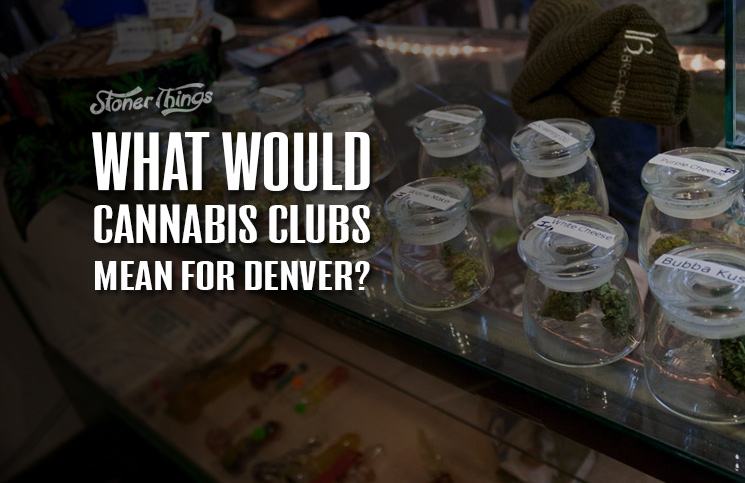 Life has not been especially easy for tourists who want to sample some of Colorado’s famous legal weed. While the drug has been available at retail stores for almost three years, out-of-state visitors still have few places to use it.

That could change soon, as voters in Denver decide Nov. 8 whether they want to allow members-only cannabis clubs in the city. If they do, the Mile High City would become the largest in the country to allow any form of public marijuana consumption.

One state lawmaker called the vote a potential “shot across the bow” that could convince the state Legislature to clear the way for pot clubs elsewhere in Colorado. It may even have national implications.

Initiative 300, which appears on the local ballot, would launch a four-year pilot program to license public accommodations such as bars, cafes, and yoga studios so their customers could toke on their property.

The law would require that each guest bring his or her own cannabis. Aside from licensed pot shops, no private businesses would be allowed to sell the drug. And while vaping and edibles would be legal indoors, smoking would only be allowed in designated outdoor areas.

A handful of smaller communities in Colorado already allow regulated cannabis clubs, but Denver would be by far the largest. And the licensing process would be complicated.

Any permit application filed by a business could be effectively blocked by neighborhood groups, including so-called business improvement districts and other community organizations registered with the city. These groups could even set their own local regulations.

Backers of Initiative 300, also known as the Neighborhood-Supported Cannabis Consumption Pilot Program, say their proposal would cut down on high driving and make it easier for tourists to enjoy the city.

The measure was drafted by Kayvann Khalatbari of Denver Relief Consulting, with support from area marijuana businesses. But that backing is not universal. Anti-pot groups claim clubs open to the public would increase impaired driving, contribute to excessive use of the drug, and lead consumers to mix it with alcohol.

These arguments aren’t backed by statistics, which show the rate of drugged driving actually dropped after Colorado legalized marijuana in 2012. But some neighborhood groups insist they won’t allow cannabis clubs on their streets.

Khalatbari, meanwhile, says he and his supporters are already accounting for the concerns of residents who live near possible club sites. Some local anti-cannabis activists disagree, saying rejection by one local group would simply lead business owners to look for locations in other neighborhoods.

It’s unclear how that argument works, since angry neighbors would presumably be happy to see a proposed pot club give up on their districts – even by moving somewhere else.

And supporters say there’s a critical fact to consider: If Initiative 300 works in Denver, it could provide a road map for safe, legal public consumption in other parts of the country. That, they say, could save lives by keeping pothead tourists from toking in their cars or otherwise hiding from the law.

What do you think? Will legal cannabis clubs make life easier for stoners? What about safer? Leave a comment below.