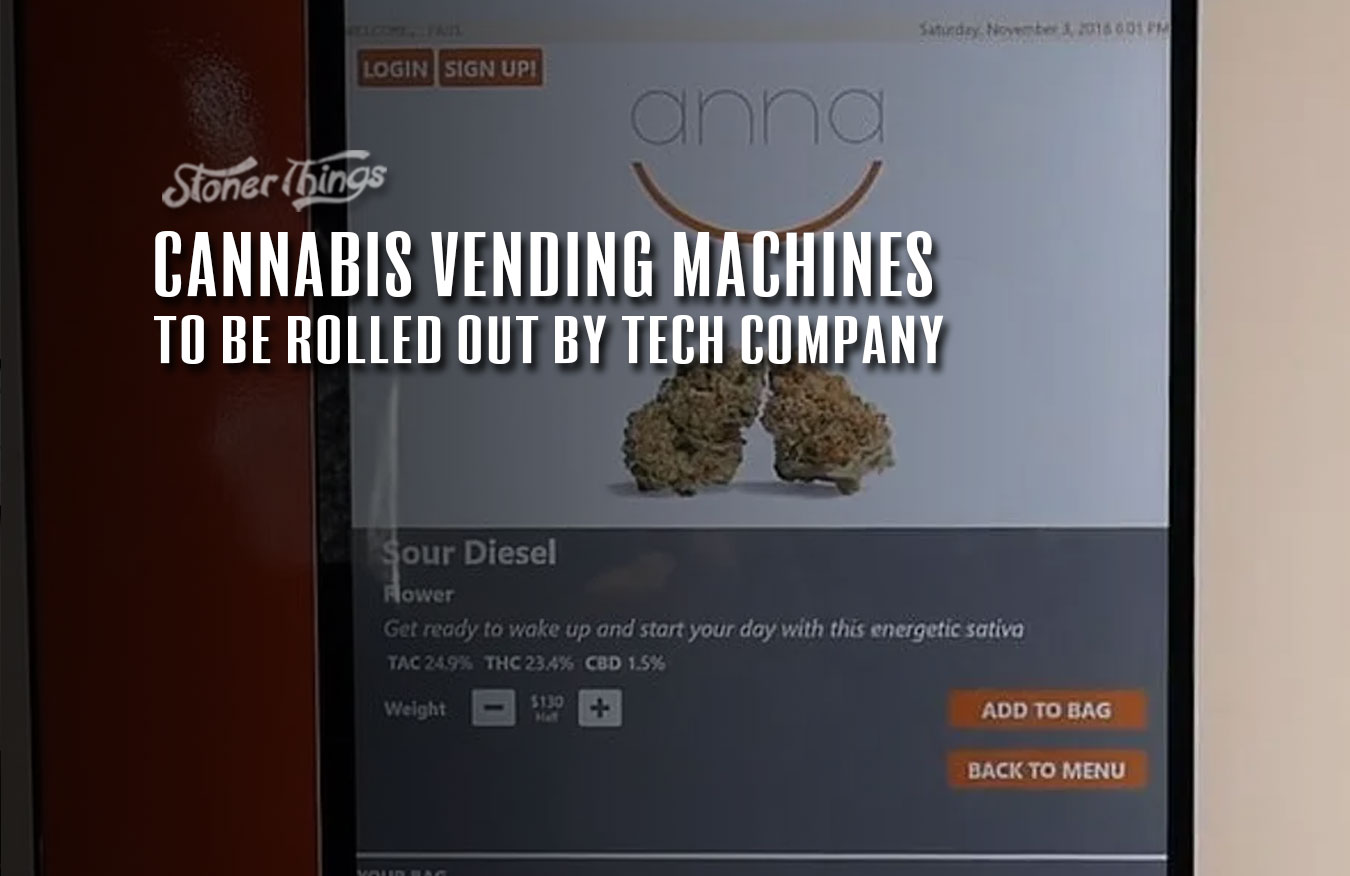 There was a particular type of restaurant in the 1930’s called an Automat — a sort of automated diner, the precursor to today’s vending machines. Back then, there was a kitchen making food but the “server” was just a door where the food was locked behind, and customers paid a few coins to open it up. By the 1970’s fast food had largely replaced the automats, and inflation had made it impossible to pay for a meal with just coins. And let’s face it, modern chemical magic is what keeps vending machine food “safe to eat” for weeks. Now, given the automated nature of vending machines it may seem odd that vending machines could be used for cannabis. After all, aren’t there lots of rules about how weed can be legally sold? Don’t those require a person to be there and acknowledging the legality of the purchaser? Well, as the ad says, “there’s an app for that.”

In fact, it’s a whole system called “anna” that was installed in two Colorado dispensaries. Obviously COVID-19 has wreaked havoc on the cannabis industry, and medical dispensaries have been hard hit by both fear and (in some cases) legal restrictions. Luckily, either the law has been flexible, granting exemptions, or dispensaries have gotten creative. With anna, there IS a human touch, but the rest of the transaction is largely automated. This is in stark contrast to the before times, when a friendly budtender would take time to inform you of different strains based on your preferences. Is this way better? It’s hard to say.

The way anna does it, a customer will walk into the dispensary and complete a check-in with an “anna agent” then proceed to a kiosk to choose their products. To check out, they pay with the agent and are out the door. Obviously, check in and out is where a person will have to verify ID, and take payment. But, this is the only time a human will need to interact, and the Boston-based company (also called anna) says it can be even faster.

Once a customer is set up, they can come back and re-order online by using a QR code. The Boston Business Journal reports that CEO of anna, Matt Frost, says “A self-checkout solution does lend itself well to these times.” The no-contact method is obviously proving popular across the U.S., and anna says it plans to roll out more systems in Nevada, California and Canada.

Really, anna sounds like a modern-day automat. The old ones had a clerk who would make change, and a kitchen in back to keep supplies up. Today, anna has a clerk to check you in and inventory in the back. In just 8 square feet the vending solution can hold “up to 2,000 products” — which should keep customers busy. However, it could also be a problem for unions that are beginning to form around dispensary workers. Will this push more people out of the bud retail industry?

It’s hard to say what the future will bring, but there’s usually a tend towards automation. The only thing really holding it back so far would be legislative hurdles — and those could change over time as well. Meanwhile, you can see the first two anna systems in use at Strawberry Fields in Pueblo, and Starbuds in Aurora.