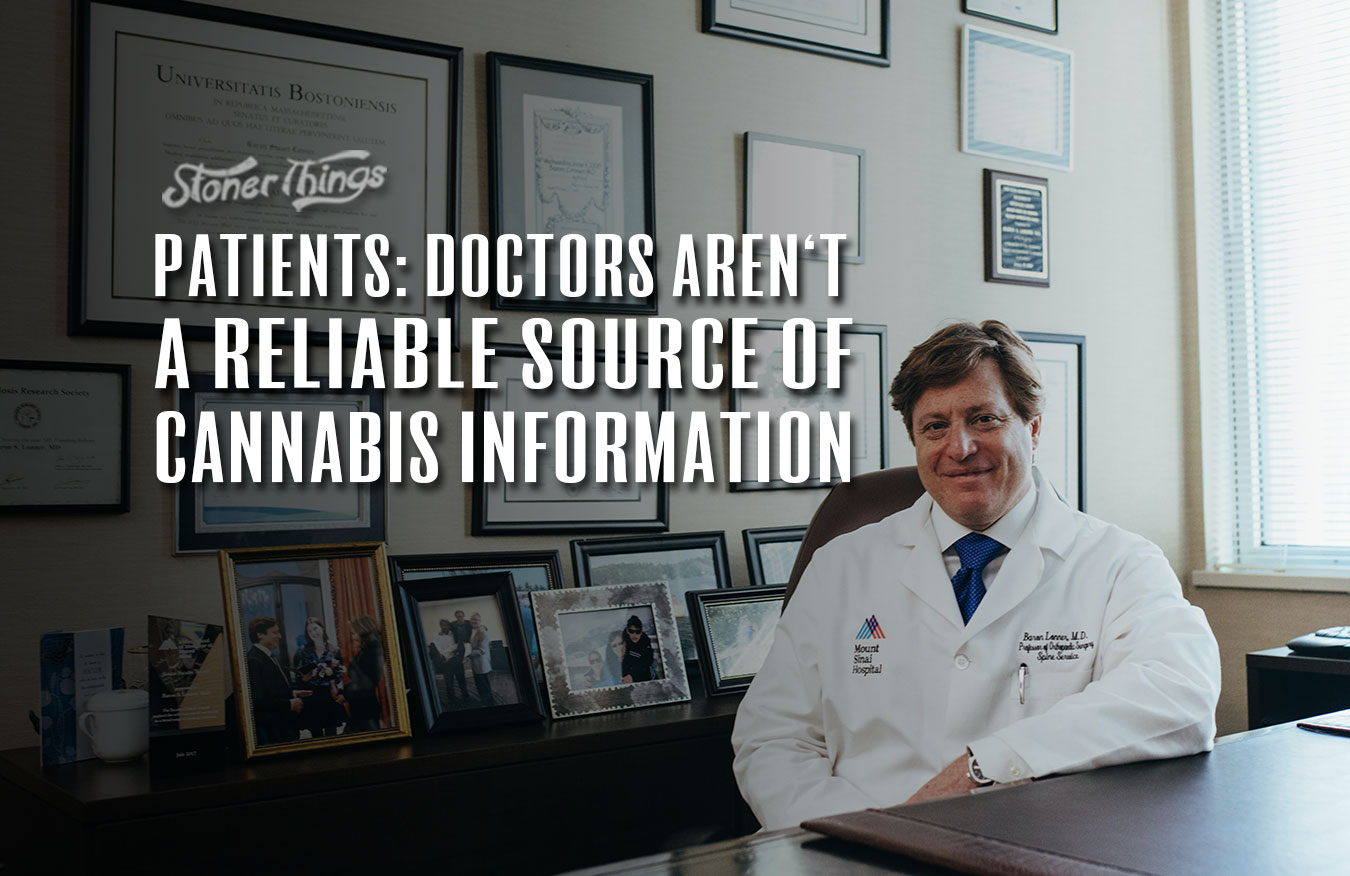 An unfortunate byproduct of America’s War on Drugs is the loss of credibility in some important places. Large medical organizations, like the AMA, weren’t exactly forthcoming in the pro-cannabis front for decades after prohibition landed with a thud. By the time the spending on the drug war became military-grade, evidence was unable to sway even top medical experts — like the U.S. Surgeon General. So when patients reportedly don’t trust doctors as a reliable source of cannabis information, it might not surprise you. Like many medical concerns, this one goes deeper than just public sentiment about pot and doctors, because prohibition continues to have a deterrent effect on potentially beneficial cannabis products.

The study was conducted in Vermont, where weed has been legal for medical use since 2004, and was made legal for recreational use in 2018. Over 1,000 respondents were included, and the results were published in the The Journal of Primary Care & Community Health. The results were pretty shocking, especially for Vermont. Fewer than 19% of respondents believed their doctor was a good source of information when it came to the good and bad side of marijuana use. And yet, 19% of the survey takers said they’d used pot with THC and nearly half said they’d used some kind of cannabis product. The fact that less than a fifth of those involved wouldn’t trust their doctors for the latest information is troubling, it seems.

The creators of the study recommended that more doctors be given training or instruction in the latest marijuana research, or have some familiarity. The study points out chronic pain as an area where cannabis has helped, but with 60% of medical students receiving no education on marijuana at all, it’s not surprising to hear that even the most basic cannabis treatments are not discussed in many doctor’s offices.

The last two Surgeon Generals have been relatively ambivalent about pot, only referring to medical marijuana and always couching their statements in “let’s see what the science says” wording so as not to take a particular stance. Perhaps that’s an improvement, as during the drug war the answer was simply, “just say no,” to everything, all the time, for any reason. The fact is, the science has largely proven itself. As with medical students not learning more about pot, the nation’s leadership still needs to learn more about it. Even though the science is always changing, it’s pretty much gone in the same direction for years, or since more research facilities around the world have begun exploring all the uses of cannabis. It’s important to remember that not long ago Israel and Canada didn’t have legal weed, nor were there universities and private companies pouring millions into research into the plant.

The question going forward is whether doctors will start listening to patients, and whether patients will trust their doctors to have an informed opinion on cannabis. The old way of just stomping a “no” in the floor won’t work, and it’s obviously not how doctors tend to work in states where medical cannabis is legal — which is now almost all of them. Knowing that change takes time, perhaps it’s just a matter of time before cannabis just becomes another form of normal remedy for some ailments. But the science will have to lead the way, of course.