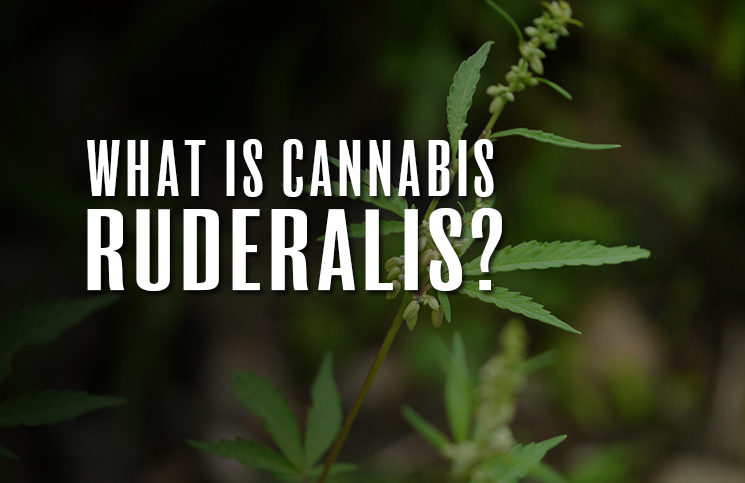 Have you ever heard of cannabis ruderalis? No, it’s not cannabis lacking in manners. The “ruderalis” comes from a Latin word basically meaning rubble, or a piece of rough bronze. As you might guess, these strains of cannabis aren’t very high in THC levels. In fact, there’s some debate as to whether cannabis ruderalis is even a sub-species of cannabis sativa! As fans of Pluto know, science changes as new data comes in. Still, there are some interesting aspects of ruderalis, which is believed to be native to Russia, and colder parts of Europe.

The reason you might not have heard of ruderalis before is that it contains such low levels of THC and CBD that it hasn’t been used — recreationally or medically — for many purposes before. In the spectrum of “ditch weed”, this is the ditchiest of them all. Since ruderalis is natural to areas that are tough growing conditions, this species tends to be very hardy. It’s able to grow in conditions many sativa and indica strains simply cannot. Sometimes ruderalis acts like kudzu, creeping into places that were recently unearthed, perhaps after an avalanche or construction digging. It’s a very short plant, and the outer leaves are much smaller than you’ll see on other cannabis varieties. All of this adds up to the “wild” version of cannabis, even if its effects aren’t exactly wild.

However, there is one genetic attribute of cannabis ruderalis that has caught the eye of cultivators around the world: Autoflowering. Since ruderalis developed in cold regions with shorter days, this necessary evolution has allowed it to flourish when other plants might die off. Most plants sense when to start flowering based on environmental conditions, usually the amount of sunlight during the day. But ruderalis uses a sort of internal timer instead, flowering automatically in about six weeks. The plant goes from seed to making seeds in about three months! It makes sense if you think about it: Ruderalis is a hardy variant that spends its energy on producing seeds instead of cannabinoids. Today’s modern strains are really the culmination of decades of breeding, to maximize certain cannabinoids. Introducing ruderalis into the mix adds the hardiness, the autoflowering, and the speed to cultivation that many growers desire.

Cannabis ruderalis plants are typically so small they’re not even good for traditional fiber use, as humans were able to do with traditional hemp. However, the species does contain low THC and proportionally higher CBD content, which can be used medicinally. It’s more likely that ruderalis would be cross-bred for different purposes, like speeding up time to seed or cultivation. Modern autoflowering strains owe their capabilities to the genetics of ruderalis, which has made cultivation easier for many. Indeed, plants made from indica and ruderalis are said to be some of the fastest-flowering outdoor strains around.