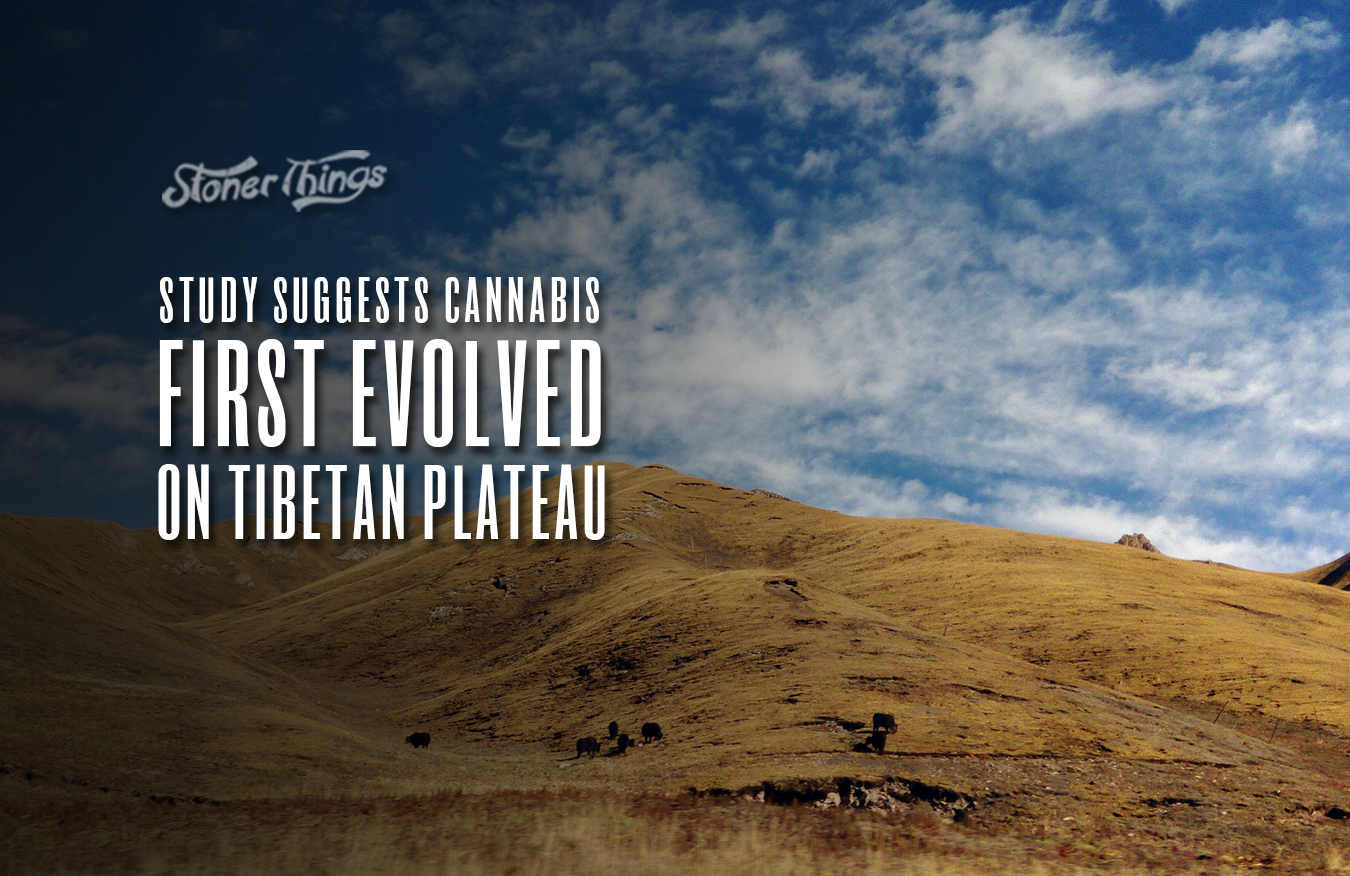 The University of Vermont made its mark on marijuana history last month with the release of a groundbreaking study that found the origin of cannabis to be on the Tibetan Plateau. Many years ago scientists concluded that cannabis came from somewhere in Asia, but never before has the location been narrowed down so specifically. The Tibetan Plateau is a new concept to many people, as it is a home to mostly nomads.

The Tibetan Plateau is prominently recognized as the largest plateau in the world, and with an area reaching around 970,000 square miles and over three miles above sea level, it is no wonder it is sometimes referred to as the “Roof of the World.” Since the Tibetan Plateau is so elevated, it runs a much higher risk for damage stemming from irreversible human-caused climate destruction. This climate change could be devastating for millions of people, animals, and plant life.

Elevation-dependent warming is the occurrence of higher levels of warming in regions that have higher elevation, such as mountains and other plateaus. The Tibetan Plateau is especially important to preserve due to its housing of the largest storage of freshwater surrounding the North and South Poles, which provides water supplies to major rivers that over one billion people depend on for survival. Not only would the slow destruction of the Tibetan Plateau wipe out a large part of cannabis history, it would also leave large numbers of people without water.

The world looked a lot different 28 million years ago, which is when scientist say cannabis first evolved. Over time, the cannabis plant made its way into the Americas, and since then has become a staple of the medical and political community. For a long time, cannabis was mainly used for hemp, which could then be used for clothes, rope, paper, textiles, oil, and even food. Eventually, its healing capabilities were discovered, and nothing was ever the same.

Despite its ancient beginnings in Asia, cannabis has been adapted by cultures from all over the world to be used in many different ways. In the 1600s, hemp was seen as a valid currency in three states. It has been used for animal feed, made into materials to build homes, and even turned into paint. Hemp can be used in soap, lotions, beer, sunscreen, milk, shoes, cars, protein powders, diapers, fuel, and so much more.

In life, it is important to give back to the forces that have created good in the world. The Tibetan Plateau gave humans the gift of cannabis, and now humans are returning the favor through heavy pollution and the contamination of the ozone. If the human race continues to treat the planet the way it currently is, the chances of another ‘offering’ like cannabis being created goes down greatly.

It would be tragic for future generations to miss out on new possibilities of future medical treatments and less harmful recreational drugs being evolved due to manmade destruction. With the discovery of the Tibetan Plateau as the origin of the evolution of cannabis, only more importance should be placed upon the preservation of it.