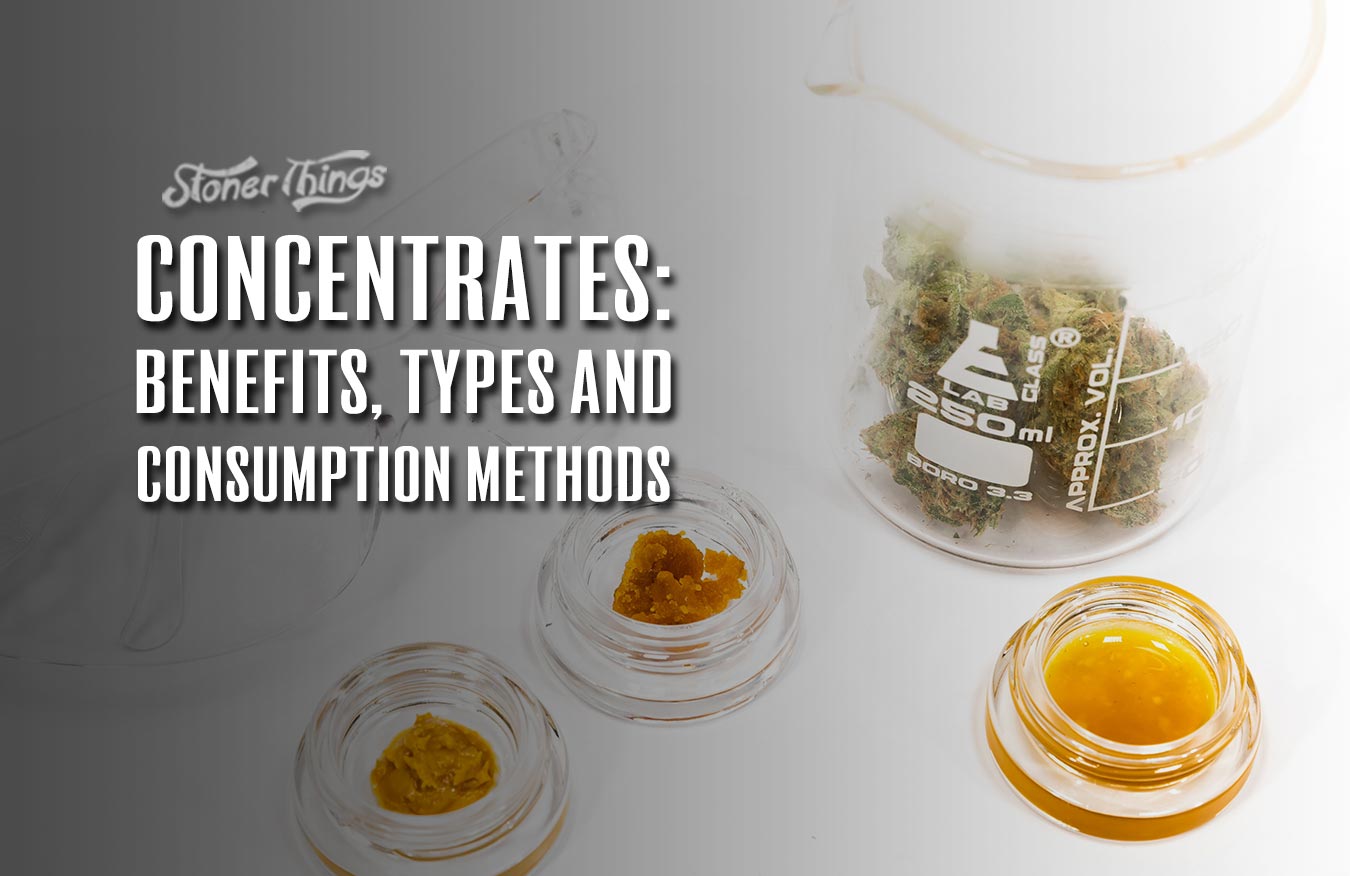 There’s a lot to love about cannabis concentrates. But what are they, how do they work, and how can you use them? In this all-encompassing guide, we’ve broken down all things dabs.

What are cannabis concentrates?

Concentrates – also known as dabs – are an extremely potent form of cannabis. They’re made from cannabis extracts, which separate the cannabinoids and terpenes from the plant materials, leaving behind something much more potent and discreet. Concentrates are made in many different ways, but they all have one thing in common: they’re concentrated forms of cannabis.

What are the benefits of concentrates over flower? 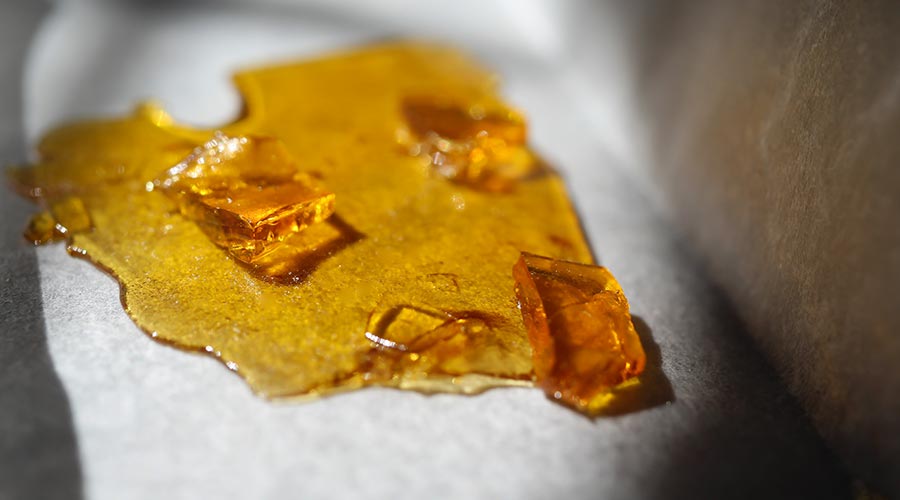 There’s a lot to love about concentrates in general, but they also offer several benefits over traditional cannabis flower. It all boils down to four major advantages, though:

Concentrates check in between 60-99% THC, while flower typically stays between 15-25%. Because they’re so much more potent, a little goes a long way. The average person will consume much less of a concentrate to get the same effects as they would from smoking, so they’re more cost effective and a little easier on your wallet.

Making concentrates involves a lot of refinement. Since they are separated from all other plant materials, you’re left with a purer product than flower. With flower you run the risk of inhaling mold, insect poop, and other possible impurites from a poor flush. Concentrates on the other hand are purified, leaving behind only the concentrated extract without the impurities, solvents, or otherwise.

3. There are more options for concentrates

Variety is the spice of life. Every concentrate offers a different experience, but a cleaner-feeling high. More importantly, you have more options with concentrates. Flower offers a mix of effects that varies a little from nug to nug. Concentrates however are more specific. You’ll also have more control over the effects since concentrates are a little bit easier to gauge.

Last but not least, concentrates don’t smell anywhere near as bad as flower. You can take a huge dab and it won’t smoke up your house or stink up your hair and clothes like it would after you hit the bong a couple of times. Concentrates leave behind less smoke odor in general, since you only need a small amount to achieve your desired effects. At the end of the day, they’re much more discreet, especially if you’re using an odorless vaporizer on the go.

A few types of cannabis concentrates

Solvent-based concentrates are cannabis extracts that are made by using carbon dioxide or hydrocarbons like butane, ethanol, or propane in a closed-loop system to extract cannabinoids and terpenes from the plant material. The solvents are evaporated out of the final product, effectively removing impurities, plant materials, and residual solvents. These cannabis extracts are concentrated cannabinoids and terpenes, which feel more potent than ordinary flower. Some examples of solvent-based concentrates are:

Shatter — Shatter is made using butane in a closed loop system. The final product is poured onto a sheet where it hardens as the butane evaporates out. When it’s ready, it shatters like glass and is usually amber to light yellow in color.

Wax — Wax is made just like shatter, except it can be aerated or whipped into a soft, opaque concentrate before being fully purged of butane. The final product is butane free.

Distillate — Distillate can be found in many topicals, tinctures and edibles. It’s made in a CO2 extraction process that strips all plant materials and terpenes away, leaving behind pure cannabinoids like THC or CBD only. The final product is usually clear in color and both flavorless and odorless.

Hash oil — Cannabis oils are thin and runny, and they contain terpenes and cannabinoids separated from plant materials using a hydrocarbon, CO2, or distillate extraction method. Hash oils are extremely versatile and are often used in edibles, topicals, tinctures, and infused pre-rolls.

Resin —  Resin is made using a solvent-based hydrocarbon extract that also utilizes heat and pressure to evaporate the final solvents out. It leaves behind small THCa diamonds and a terpene sauce. The term “live resin” simply means that the starting material was flash-frozen plant materials and flowers, so the terpenes are still living and flavorful. Dead resin is made from dried cannabis flowers.

Diamonds —  Diamonds are one of the most potent forms of concentrates made in a solvent-based extraction, checking in at 90-99% THCa. They are made similarly to live and cured resin, though the difference is how the concentrate is purged of solvents at the end. Under heat and pressure, diamonds form in a crystalline structure, hence the name.

Sauce — Sauce is made for terpenes and not cannabinoids and is named for its runny consistency. It’s extracted in the same way as diamonds, though it isolates terpenes instead of THC. In some cases, small THC diamonds may form in terp sauce.

Solventess concentrates are cannabis extracts that are made without the use of solvents. They typically utilize mechanical methods, like separation, heat, pressure, sifting, and grinding to separate cannabinoids and terpenes from plant materials. Since they’re not refined as much as solvent-based extracts, they tend to feel and taste a little closer to flower, though they’re extremely potent. Some examples of solventless concentrates are:

Rosin — Rosin is made by pressing cannabis material with heat and pressure to remove plant materials and retain cannabinoids and terpenes. There are three main types of rosin. The most expensive is fresh frozen rosin, also known as live rosin. However, dry sift rosin made from dry flowers and hash rosin made from hash also exist.

Bubble/Ice hash — Bubble hash is made by putting plant materials in a bucket with dry ice. The ice combined with mechanical sifting via shaking the product through micron mesh bags leaves behind pure trichome heads which are then pressed into hash.

Kief — Kief is collected at the bottom of a 3-chamber grinder. Kief refers to the THC-laden trichome heads that are extracted mechanically from cannabis flowers. They can also be sifted or rubbed to be removed from plant materials.

Hash — Hash is made with heat and pressure when kief is pressed into bars or slabs. Traditionally it was made by hand in a very tedious process that separated the plant materials from the kief.

How to consume cannabis concentrates

There are several ways to enjoy cannabis concentrates. The most popular way to use them is to dab them, though. Dabbing involves using a dab rig and a torch. By heating up the quartz dab nail (known as a banger) and applying the concentrate into it, you can vaporize the cannabinoids and terpenes and inhale the vapor. Dabbing is an easy way to enjoy concentrates, though you will need a lot of equipment to do it properly. You’ll need the dab rig, a banger, the torch, a dab tool, a carb cap, your favorite concentrates, and then some cleaning supplies, like cotton swabs and isopropyl alcohol.

Because there’s a lot of moving parts with dabbing, some people opt for using vaporizers with their concentrates instead. To use a vaporizer, you’ll load the concentrate of your choice into the chamber and then heat it up according to the manufacturer’s instructions. Once it’s heated, you can inhale the vapor. Vapes can be used in a desktop setup or on the go with portable vapes. If you like the act of dabbing but prefer the ease of use in vapes, there are several e-rig options available, like the Puffco Peak and the Focus V Carta.

However, not everyone has the money for a fancy concentrate vaporizer or a whole dabbing setup. If that’s the case, lots of concentrates can be smoked with your favorite flower products in bowls, pipes, bongs, joints, and blunts. Kief, shatter, and wax make great bowl toppers and can add potency to pre-rolls. You can also dip your pre-rolls in cannabis oil and roll them in kief for a slower burn and more potent effects.

If you like the potency of concentrates but don’t want to smoke, dab, or vape them, many concentrates can be used to make edibles. Distillate works best in edibles since it’s flavorless, though cannabis oils can also be used. Like vapes, edibles are discreet and potent. However, the effects tend to last a lot longer. Always start with a low dose and work your way up until you achieve your desired effects.