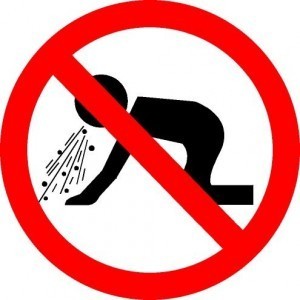 But that doesn’t mean it never has bad side effects. It’s notorious for affecting short-term memory, motor control and time perception. These are not always bad things, but over long periods of use they can become problematic.

And while weed has long been recommended to treat nausea, it sometimes appears to have the opposite effect. A growing number of cases around the world have convinced many doctors cannabis can cause a pattern of persistent, debilitating vomiting accompanied by abdominal pain.

It’s called cannabinoid hyperemesis syndrome, and it’s still somewhat controversial, though it’s a recognized condition. Doctors first described it in Australia in 2004, and more than 100 cases have been reported in the United States so far. But it remains little-known outside of emergency rooms, where physicians are most likely to see its effects.

Researchers believe cannabinoid hyperemesis is caused by years of heavy marijuana use. It leads to repeated episodes of intractable vomiting, lasting hours or even days. The vomiting is typically accompanied by colicky abdominal pain. Another nearly universal feature of the condition: Sufferers seek relief during episodes by taking hot baths or showers, often again and again.

Mellick said he saw a patient recently who returned to the ER seven times before he saw and diagnosed her. Every previous test and diagnosis had come up empty.

“And this is typical,” he said. “Every patient I’ve seen here has had multiple visits in ERs . . . They’ve had CT scans, they’ve had lab tests, they’ve had ultrasounds. Repeatedly, nothing shows up. It’s consistently negative. And the diagnosis just isn’t being made.”

Confusingly, cannabinoid hyperemesis is very similar to another poorly understood and under-diagnosed disorder, cyclic vomiting syndrome. That condition involves the same cycle of intractable vomiting, but without the hot bathing or, often, the abdominal pain. Episodes of cannabinoid hyperemesis are also likely to occur more frequently, as long as weed is still being used. 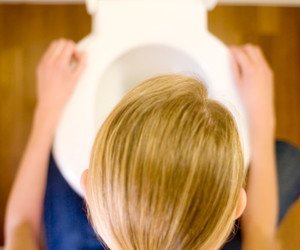 Most important, cannabinoid hyperemesis is curable, though, for many, in the worst way possible: by giving up pot. Cessation of use is the only apparent way to stop symptoms and, according to doctors, it always seems to work.

If you’re confused, you’re not alone. Marijuana is famous for its ability to fight nausea and vomiting, especially in cancer patients undergoing radiation treatment or chemotherapy.

Mellick said some metabolites in the plant may build up in the body over time and create a toxic effect, especially in those with genetic susceptibility to the disorder. That could leave some patients who suffer severe nausea turning to a drug that hurts in the long run as much as it helps in the short run. For these people, weed may not prevent nausea even short-term.

“Now the treatment they were hoping would make them feel better is actually complicating their illness even more,” Mellick said.