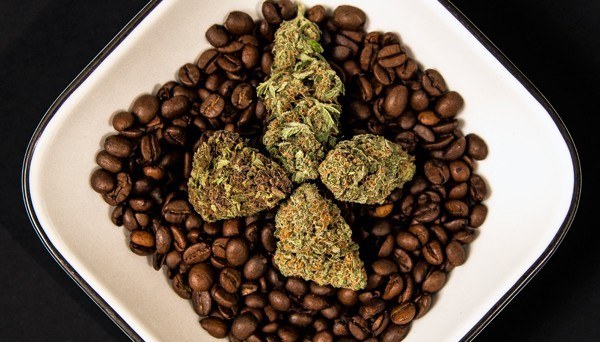 Develop a dependence on marijuana, spend inordinate amounts of time seeking and using the drug, smoke it at all hours of the day – do these things and society will label you a deadbeat and an addict.

Devote such time, attention and resources to another well-known drug and society will probably label you a go-getter with a harmless habit – even though the substance, caffeine, is more likely to hurt you and far, far more likely to kill you. 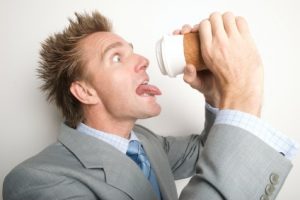 “Caffeine has caused significant problems for some people,” Laura Juliano, a psychology professor at American University, told the San Francisco Chronicle. “We have people who say caffeine is interfering with their life. They keep saying they’re going to stop, but they can’t.”

Caffeine addiction and marijuana addiction are both included in the Diagnostic and Statistical Manual of Mental Disorders (DSM), the Bible of psychiatry in the United States. They’re known, respectively, as caffeine use disorder and cannabis use disorder.

People under the sway of either illness will go to great lengths to get their drug of choice. Weed seekers, of course, will routinely break the law and risk job loss and social ostracizing. But caffeine addicts are no less ravenous.

“I’ve seen people who have gone to great lengths to get caffeine where it was unavailable,” Juliano said. “I knew one woman who pretty much ruined her husband’s tropical vacation because she spent half the day looking for caffeine.”

Not everyone who uses a substance regularly is addicted to it. The definition of addiction is the repetition of a behavior despite the disruption it causes in a person’s life. In other words, the use of the drug must cause harm.

That doesn’t happen for most caffeine users, or for most pot smokers. Even heavy users typically don’t experience major negative consequences. But some do.

About 9 percent of marijuana users become dependent, according to government statistics. That figure is at least 30 percent for caffeine users, according to the DSM.

So why is marijuana addiction treated as such a social problem while caffeine addiction is overlooked in almost every case? Is the one really that much worse than the other?

Well, no. For one thing, they both have essentially the same withdrawal symptoms: cravings, headaches, mood swings, insomnia. If anything, withdrawal from marijuana is typically easier. Quitting caffeine cold turkey can lead to flu-like symptoms, nausea and even vomiting.

For another, marijuana causes relatively few physical problems. The science is murky on the drug’s effect on the lungs – one study said it causes lung cancer while several others found no such connection. Cannabis is believed to cause a rare cyclical vomiting syndrome.

Pot can also lead to anxiety attacks and disorientation, especially among those who haven’t used it before. And there is evidence that abuse by young people can lead to structural changes in the brain similar to those experienced by schizophrenics.

As for caffeine, it’s at least as harmful. In excess, it can increase blood pressure, cause serious digestive problems, lead to insomnia, reduce fertility in women, and contribute to early death.

But there’s another difference, one that should put caffeine far ahead of marijuana on the list of dangerous addictive substances: Caffeine can kill you; marijuana can’t.

Coffee fanatics have been known to die from as little as 10 shots of espresso. Theoretically, it would take 1,500 pounds of dried marijuana, consumed in 15 minutes, to kill a human being. The toxic dose is so high scientists have never been able to measure it in animals.

And there’s one final reason caffeine should be a higher priority than weed: About 90 percent of Americans consume caffeine, compared to 4 percent who use pot. And of that 90 percent, half say they have a hard time cutting back.