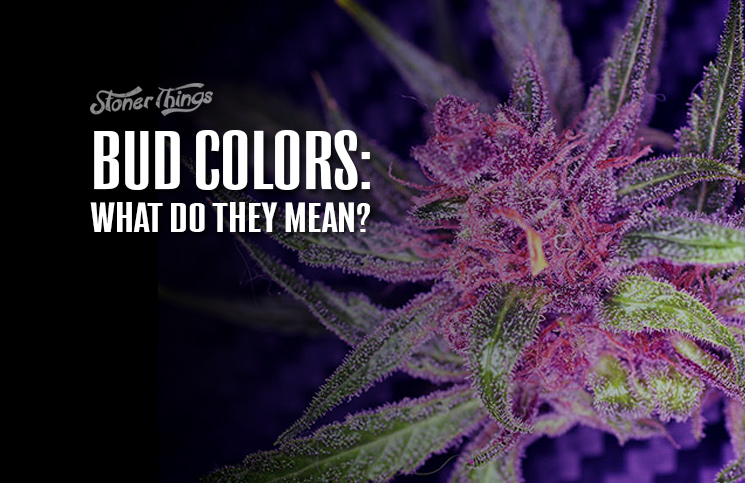 Green. Blue. Purple. Even black. Every strain of marijuana has its own unique place in the rainbow. But what do all those colors mean? Here’s an overview of how your favorite bud winds up looking the way it does.

Flavanoids and the “Fall Effect”

In the popular imagination, cannabis is green – always green. Only someone who uses the drug would know it comes in a wide variety of shades, each saying something slightly different about the strain it represents.

But how does this work?

The color of a particular pot strain comes from a group of water-soluble pigment molecules known as flavonoids – in particular, a flavonoid called anthocyanin. These molecules pass from one generation of marijuana plants to the next, and they give each strain a particular hue based on its acidity: red, blue, purple, or, rarely, black.

Curiously, flavonoids themselves are usually yellow, unlike most pot. And they have no impact on flavor or smell, so purple-tinted pot doesn’t necessarily taste like grapes.

Like other plants, cannabis changes color by growth stage. But while tree leaves turn each fall, marijuana bud changes late in its flowering stage, which can happen any time of year with plants grown indoors or in the tropics.

Even so, specific seasonal shifts can have specific effects on cannabis hues – effects that can be manipulated by experienced breeders. Reducing light levels and temperatures late into a grow, for example, inhibits chlorophyll production and promotes colors other than green.

Color manipulation is done by controlling pH levels in marijuana plants. Letting the level rise above 6.5 or drop below 5.5 can enhance or minimize specific flavonoids, which in turn influences shading. 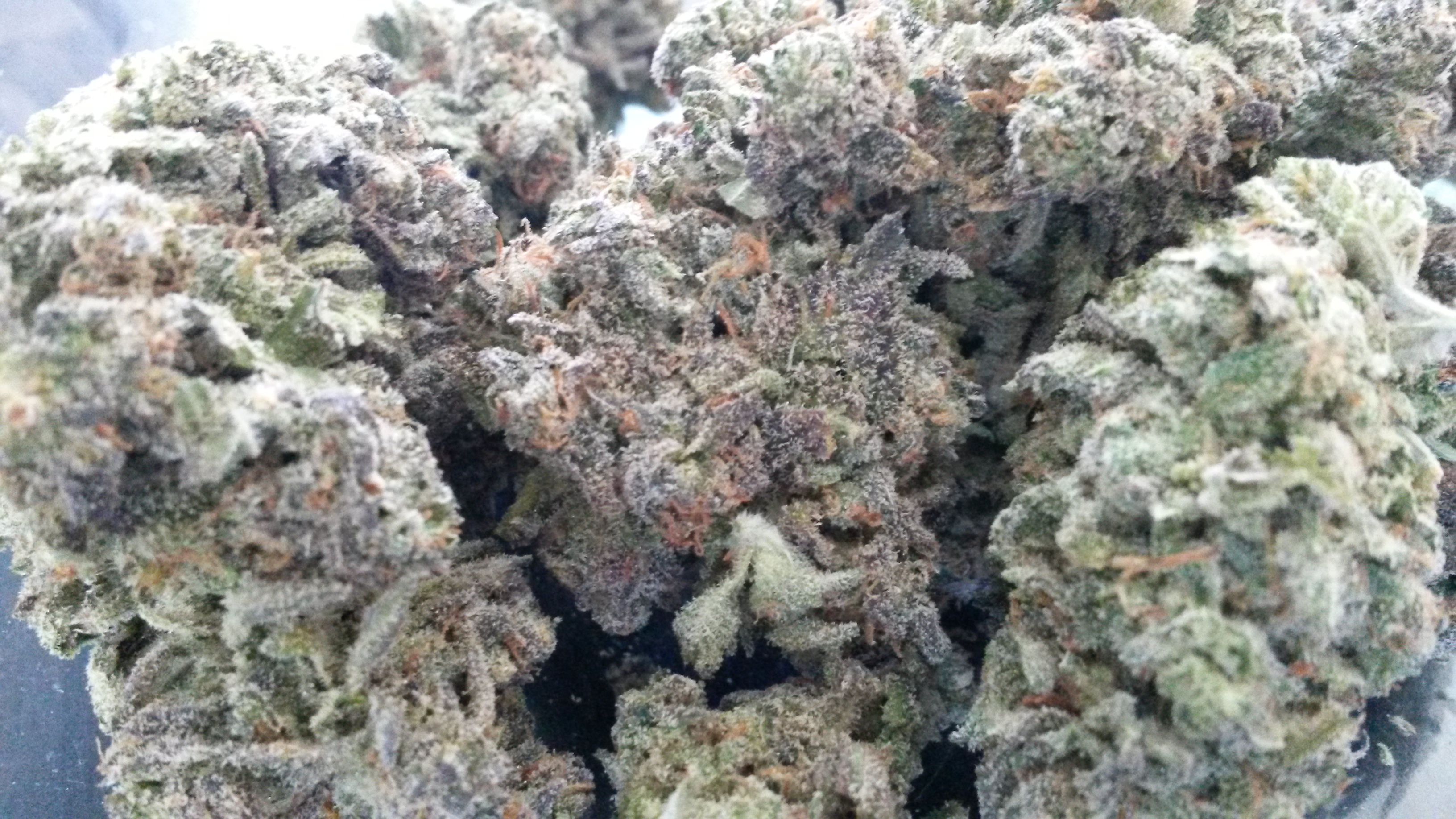 Purple is the cannabis color stoners are most familiar with aside from green. Purple Urkle, Grandaddy Purple, Purple Kush – all are bred at least in part for their distinctive royal hues.

The purple genetics of some strains (Purple Orangutan being a good example) are so strong no special growing techniques or manipulation are required to bring out the purple.

The line between purple and blue strains is a blurry one at best, and the differences aren’t terribly important anyway. But in either case, the dark tones come from higher-than-average pH levels. 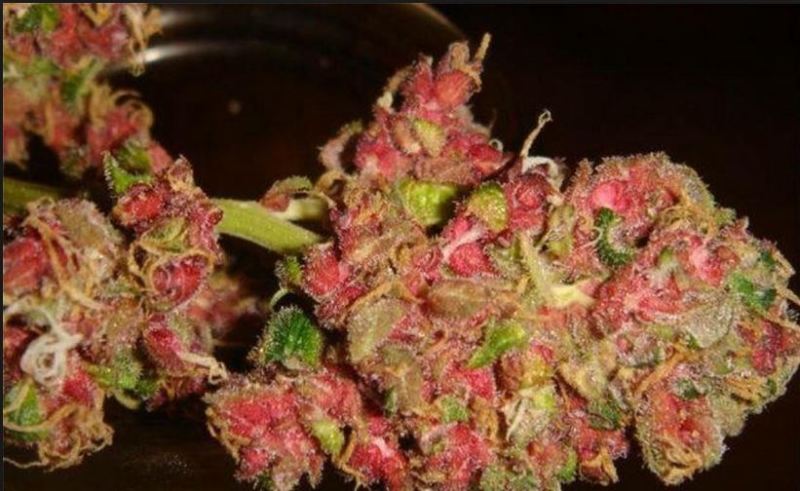 It’s not hard to find red hairs on widely sold marijuana strains, but red leaves are increasingly rare. In other words, weed just isn’t as red as it used to be.

Strains such as Pink Flower, Shaman, and Predator Pink do still exist, though, even it takes some concerted effort to find them. And while there’s nothing especially noteworthy about the presence of crimson, at least talking about Cheech and Chong-era strains like Panama Red will make you sound cool. 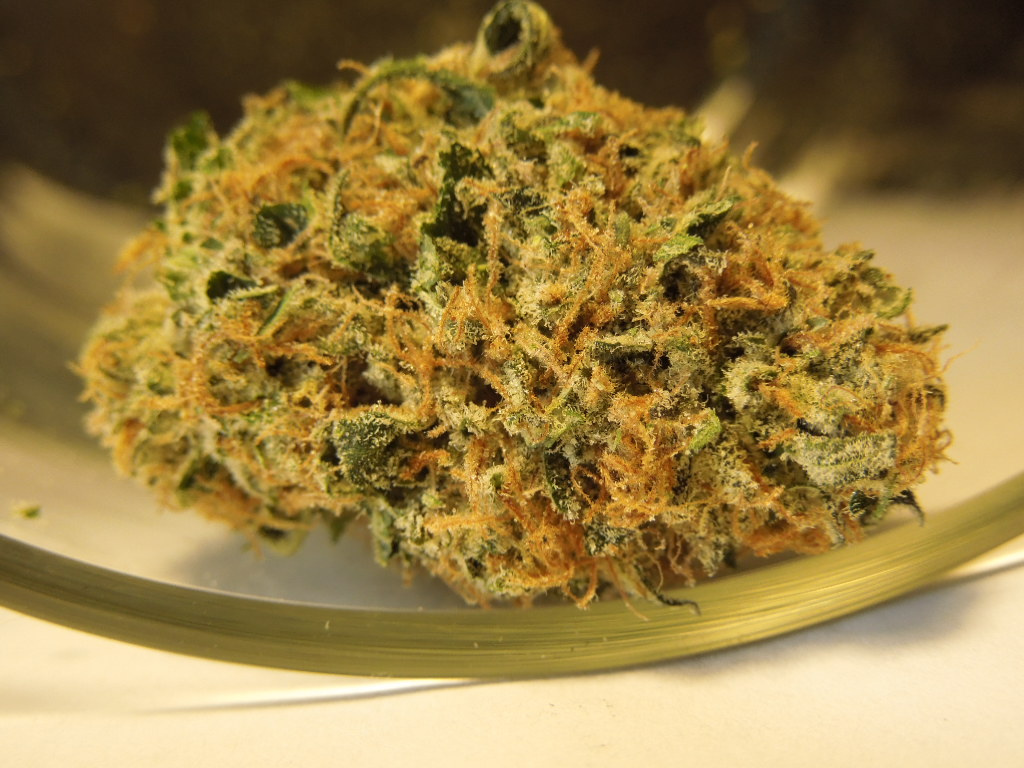 Popular strains of yellow and orange marijuana include Olive Oyl, Kandy Skunk, and Lemon Kush. These citrus hues stem from so-called carotenoids which themselves result from higher alkaline levels. 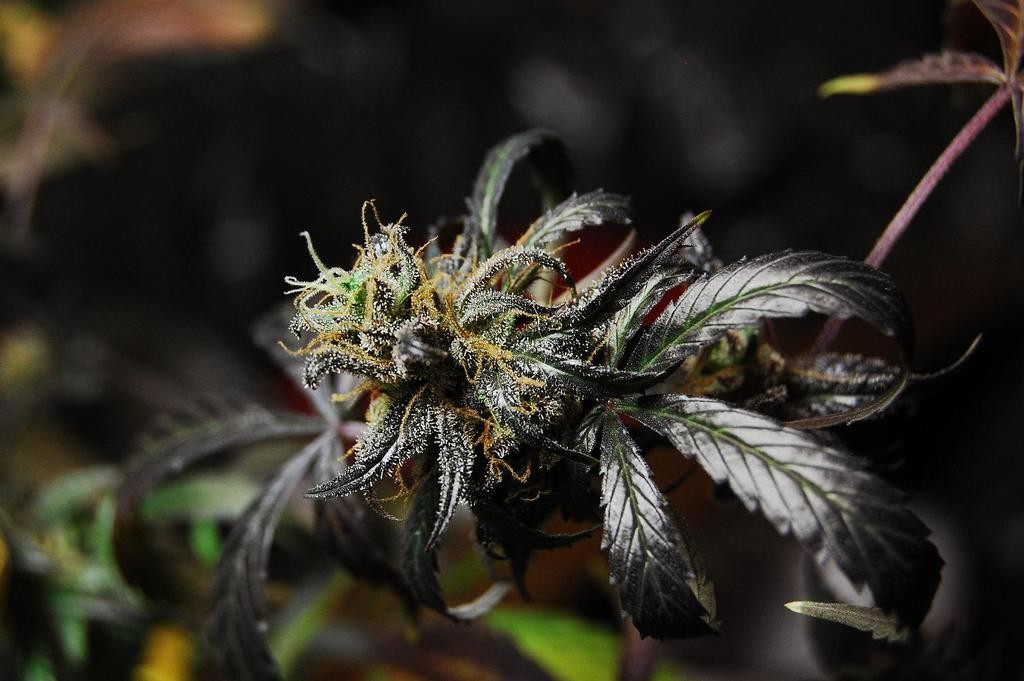 Black may be the rarest color found in marijuana, though it’s really just an especially dark shade of purple or blue. Black strains descend from original Asian landraces such as Vietnamese Black.

Unlike other colors, black tints are linked to increased potency. These strains are known to produce an unusually strong psychedelic high, sometimes with mild visual effects.

What about you: How many different marijuana colors have you tried? What’s your favorite? Leave a comment below.