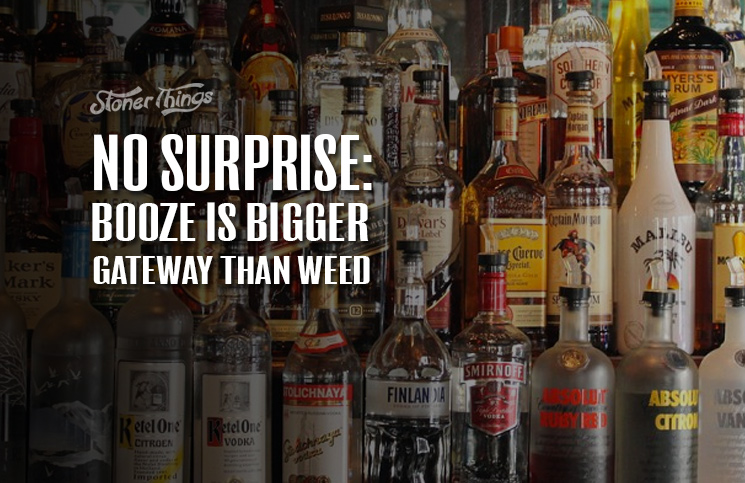 The myth was debunked long ago, yet it lingers. A new study may at least convince a few of the stragglers to catch up to the times.

Conducted over a span of four decades, the study found that the world’s real “gateway drug” is in fact booze. Brian C. Bennett, an author who opposes the drug war, teamed with the Baker Institute for Public Policy at Rice University to conduct the report.

“Marijuana’s reputation as a ‘gateway’ drug is not supported, even for more marijuana use,” William Martin, the institute’s director, wrote on its website. “More than half of respondents under 60 have used it during their lifetime, but fewer than 10 percent use it regularly.”

Marijuana’s unsubstantiated reputation as a gateway

In other words, there isn’t even much evidence that pot smoking leads to more pot smoking, let alone that it leads teenagers to cook meth or huff glue. That honor, the study noted, goes to alcohol.

The same is not true of cannabis. While even minimal exposure to booze tends to lead to heavier use over a lifetime (though usually not to the point of abuse), the majority of Americans who try marijuana at least once rarely if ever use it again.

There’s at least one relatively simple reason for the difference between the two drugs: Alcohol is legal and widely sold in stores, while marijuana remains prohibited in most places and can only be found on the black market.

Even accounting for that explanation, though, cannabis isn’t a gateway drug, and no credible empirical evidence has ever suggested it is. If the definition of “gateway” is a recreational drug that leads young people to try other, more dangerous substances, then alcohol really does take the lead. 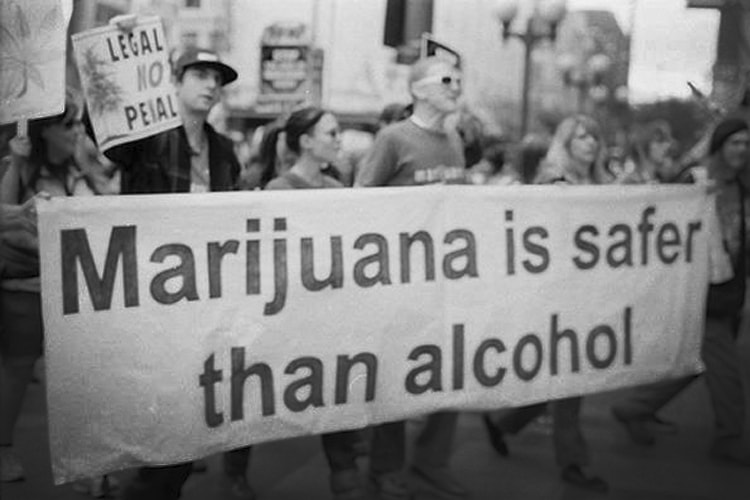 “Alcohol was the most widely used substance among respondents, initiated earliest, and also the first substance most commonly used in the progression of substance use,” the study’s authors said.

Neither is a real gateway to harder drugs

But even booze isn’t really a gateway drug. Underage drinking, like underage tobacco use or, yes, like underage pot smoking, is not a starting point for addiction but rather a possible warning sign. People who are predisposed to abuse drugs are more likely to pick up any intoxicant.

Addicts like to get high, and as drugs go, marijuana is a far better choice than most. As Bennett notes, alcohol causes “far more personal and social damage than any other drug. Illegal drugs comprise less than 20 percent of substance-use disorders in the U.S.”

Leave a comment and tell us what you think: Did alcohol lead you to smoke marijuana, or would you have gotten there all on your own?