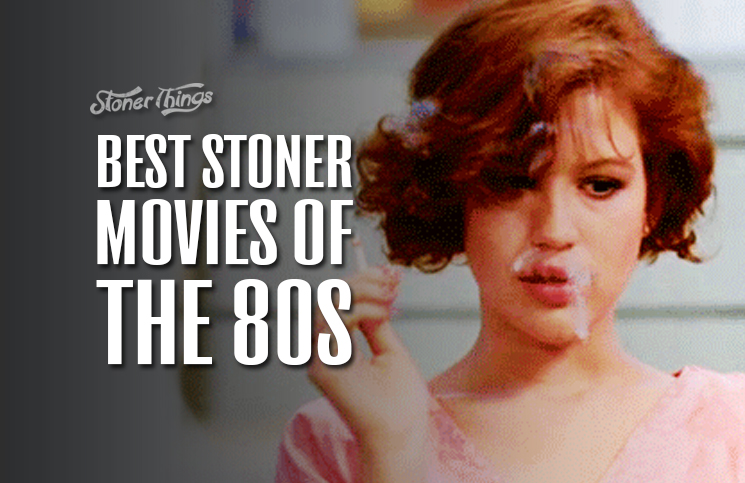 We can’t travel in time, which is particularly annoying when you consider how much cheaper weed used to be. What we can do, however, is wind back the clock on the big screen.

Few movie decades captured the rebellious spirit of cannabis as perfectly as the 1980s. Every day was a party on a yacht open to everyone. It wasn’t so great to be an actual pothead in those years, since that was the period when the “war on drugs” really picked up steam, but as far as Tinseltown was concerned, the 80s were high times.

It’s hard to pick a winner among the many great stoner films of the decade, but here’s our best try. So grab some popcorn, feather your hair, and enjoy the best stoner movies the decade had to offer. Let’s be honest: Cheech and Chong made way too many movies together. The solid stoner vibe from their best flick, 1978’s Up in Smoke, only carried another two movies, both in the ‘80s, before it dried up.

The best of those two is probably Cheech & Chong’s Next Movie. This sequel to Up in Smoke was released in 1980 and features a zany, cannabis-fueled plotline involving the movie industry, the welfare office, a shady motel, a brothel, a Rolls Royce and aliens.

Also, Cheech and Chong play in a band. And Paul Reubens shows up in one of his first appearances as Pee Wee Herman. Put that in your pipe. Rodney Dangerfield summed up the spirit of the decade in this, his best film: “Hey everybody, we’re all gonna get laid!” This declaration, followed by the music of Kenny Loggins, pretty much set the tone for every 80s comedy that followed.

The golf-related details of Caddyshack are mostly irrelevant, with the exception of a surprisingly poignant subplot involving an unwanted pregnancy. There’s lots of booze, lots of sex, and lots of weed. And hey, Bill Murray’s in it, and he’s nearly the patron saint of stonerdom. Jeff Spicoli may just be the first nuanced portrait of a pothead in popular culture. His laid-back surfer style and unapologetic love of bud made Sean Penn a stoner hero.

But Fast Times at Ridgemont High is a lot more than a weed flick. It’s one of the most perceptive and authentic movies ever made about teenage life in America.

Fast Times was initially a book written by Cameron Crowe, who went undercover at a real California High School in the early 1980s. Crowe also wrote the screenplay, which is why almost everything about this movie still rings true. The drug humor in Better Off Dead.. is inspired, if a little tame. Charles De Mar, played by Curtis Armstrong of “Booger” fame, desperately tries to get his hands on anything that’s available: nasal spray, whipped cream cans, snow (the cold, melty kind).

“Greendale is a bodaciously small town,” he laments. “A fly speck on the map. A rest stop on the way to the ski slopes. I can’t even get real drugs here!” Pot makes only a brief appearance in John Hughes’ signature movie, The Breakfast Club. But the film is saturated with teen angst and rebellion, two things that go hand-in-hand with weed.

The scene where the kids smoke up in the school library perfectly captures the necessity of challenging authority and disrespecting one’s elders. See, old people? Kids have been doing this shit for generations.

So in that sprit, get your hands on these movies (we don’t care how), light up, and reconnect to a time when marijuana was still naughty. The 80s are long gone, but they’re not forgotten.