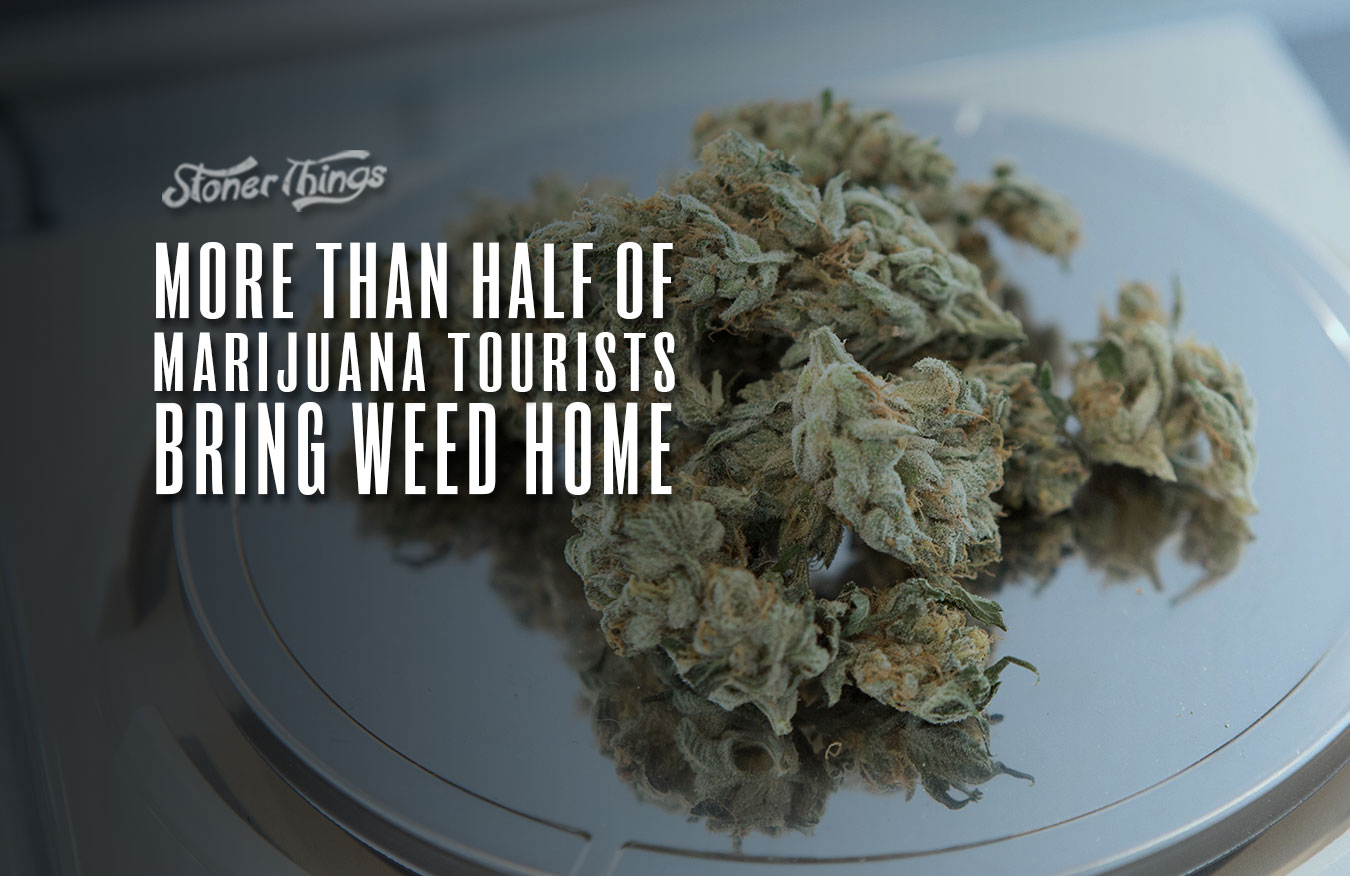 If you’ve ever traveled to a state where weed is legal and thought, “hey, this isn’t legal in my state but I wonder if I could bring some back home,” you’re not alone. While the USA’s patchwork of state legalization efforts are a step in the right direction, they also leave a lot of people out of the equation. Thanks to federal law, marijuana is still regarded as having basically no use whatsoever except as a big, bad, scary drug. Thus, we know that plenty of people are taking weed back to the states where it still isn’t legal. A new study suggests that the number of pot tourists doing this is more than half — a clear indicator that the patchwork isn’t holding that well. 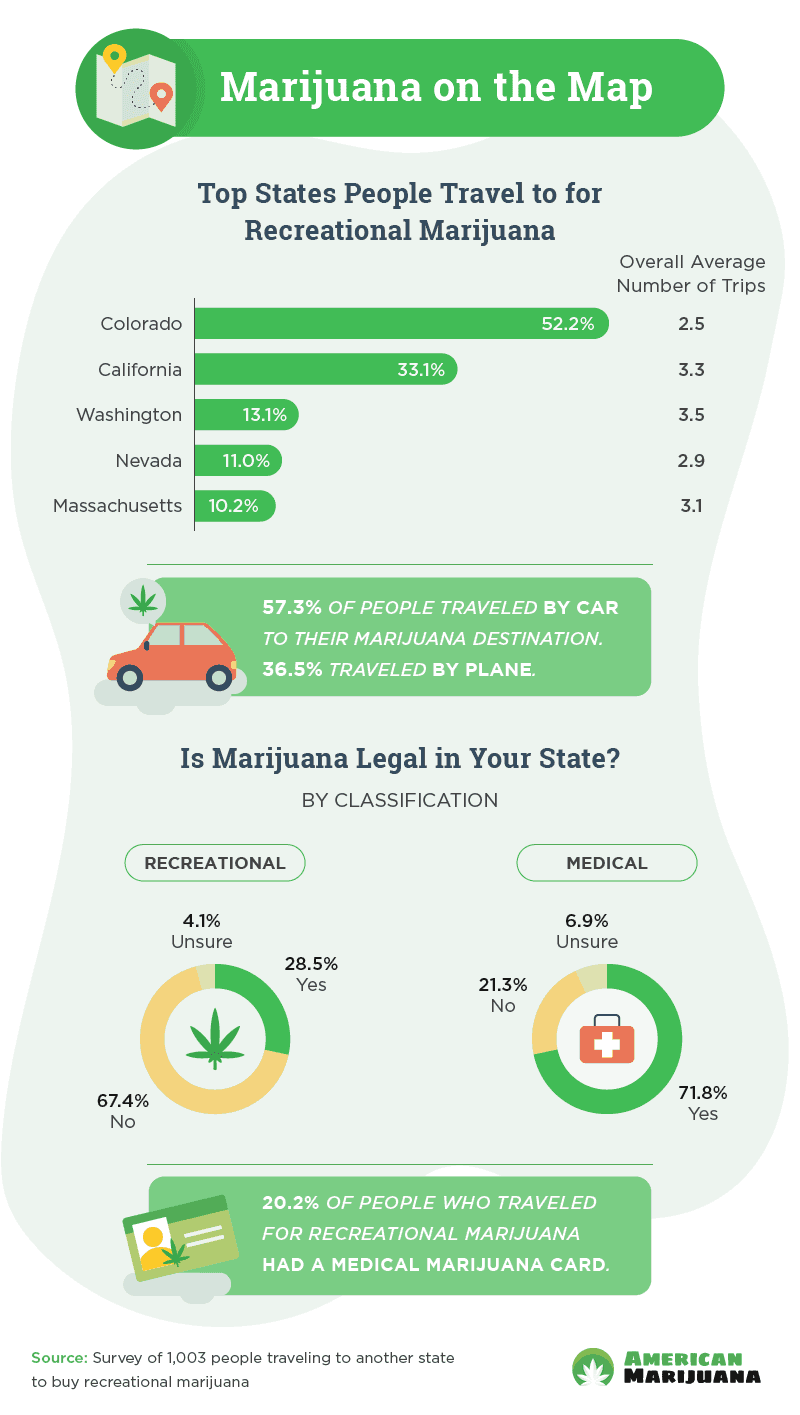 Forget for a moment about the federal criminalization of cannabis, and consider that transporting weed across state lines could land you in jail. Even with that possibility, a ton of people are taking that risk daily. How many? As with all questions, researchers like to answer with hard data. American Marijuana surveyed over 1,000 people about their pot tourism and what happens after they leave their destination. Guess what? A lot of people are bringing weed back home with them. Who can blame them?

As you can imagine, most people drove to the states where recreational pot was legal in order to avoid security issues by flying. Most were going to Colorado, by a wide margin. California was the second most popular state for cannabis tourists, followed by Washington and Nevada. Just over a third traveled by plane, however.

Also interesting is how the medical vs recreational statistics look. Twenty percent of survey respondents have a medical marijuana card. In fact, over 70% of these tourists have medical pot available in their states of origin — but not recreational. It’s another way the country’s patchwork system of legalization is confusing and complicating larger legalization efforts. If marijuana were legalized at the federal level, those laws would take precedence over state laws. 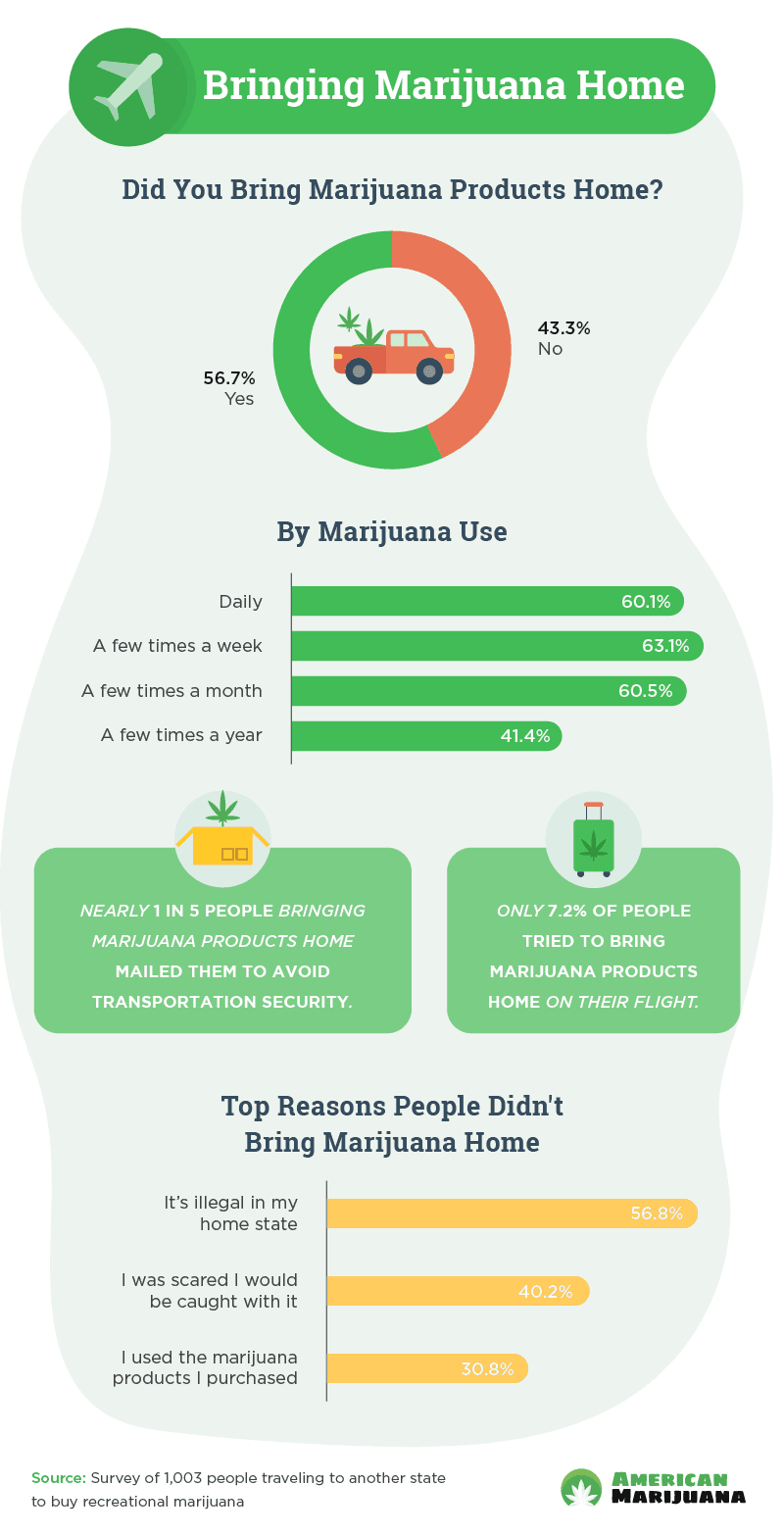 So how much are these trips costing, and what are people buying? Perhaps it makes sense that if you’re taking some home you want to travel discreetly. Thus, the biggest purchase is edibles. That could also be because edibles can be expensive to make at home if you live in a place with no legal weed at all. Buds were the second most popular purchase, however, and if you’re driving you can pretty easily store those in their airtight containers until you get home. In theory, anyway. Overall the costs of these trips seem to hover around $1,000 so it’s not for everyone. Which is another sad byproduct of federal prohibition.

Somewhat humorously, survey respondents said they wound up spending more money on weed than they originally budgeted for, which is either due to higher-than-expected prices or people just having more fun than they anticipated. It’s not unusual for any vacation to go a little over budget, and it seems pot tourism is no different. The big difference is, taking home a souvenir can get you in trouble.