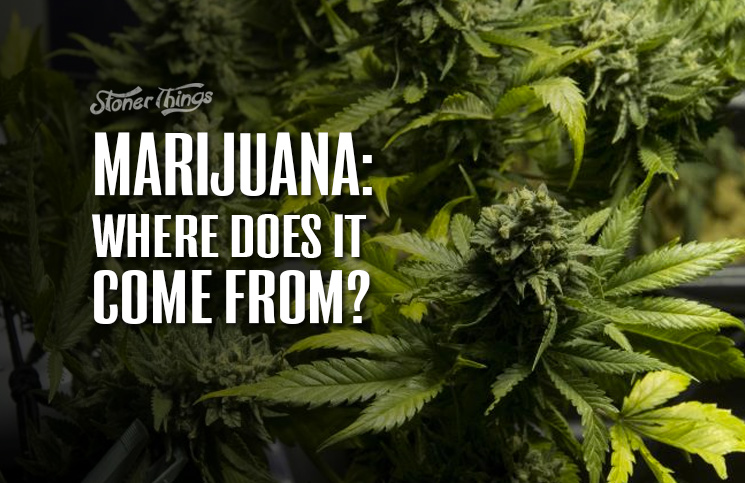 Where does marijuana come from? If you’re reading this, you could probably step into your basement for an answer. 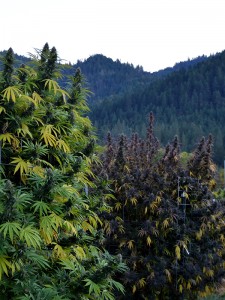 But in a bigger sense, it’s a question that’s central to the history of our favorite plant and its role in the world. So where and when did we first master weed?

The “when” is especially hard to pin down. The historical record suggests human beings have been cultivating and harvesting marijuana continuously for at least 5,000 years. We’ve used it as a drug for almost as long, whether for medical needs or recreation.

We know this in part because leavings of cannabis – usually pollen – have been found at ancient burial sites, often positioned in such a way as to suggest its great importance to the society that built the graves. In at least one case, scientists say, a prehistoric woman used the drug to treat the chronic pain associated with breast cancer, the disease that ultimately killed her.

“Where,” on the other hand, is easier to answer. For starters, marijuana is native to the tropics, so it grows especially well near the equator. And while it can sprout almost anywhere with proper sunlight and nutrients, it favors mountainous regions on the Asian Subcontinent.

Born in the Hindu Kush Mountains

But as far as we’re concerned, the most important aspect of the Hindu Kush is that they gave birth to wild marijuana. These slopes provide the perfect mix of tropical sun, high altitude, and rich soil, and weed has probably been growing there for many thousands of years.

In fact, it’s still easy to find cannabis growing at the base of the mountains as a wild weed. And that’s not to mention the area’s massive role in feeding the global black market for marijuana. Opium poppies are the true cash crop in these countries, but cannabis is big, too.

We don’t know much of anything about the first people who tended cannabis plants. The certainly lived no more than 10,000 years ago, as that was the birth point of the agricultural revolution. Before then, humans didn’t regularly cultivate plants of any kind.

But it likely started much later than that. The best estimates seem to point to a period roughly 5,000 years ago, when possible mentions of cannabis appear in ancient Asian texts. That’s hardly definitive, though, and it’s possible people cultivated the plant for a long time before realizing its full potential as a drug.

The Hindu Kush Mountains still play a big part in the culture behind marijuana use. “Kush,” of course, refers to a subset of indica cannabis strains, and regularly appears in the popular media. In a modern sense, the term roughly translates to “comfort and style,” but its history is anything but.

But they won’t succeed, and cannabis will continue to grow in the mountains just as it has for thousands of years. As always, it’s a survivor.