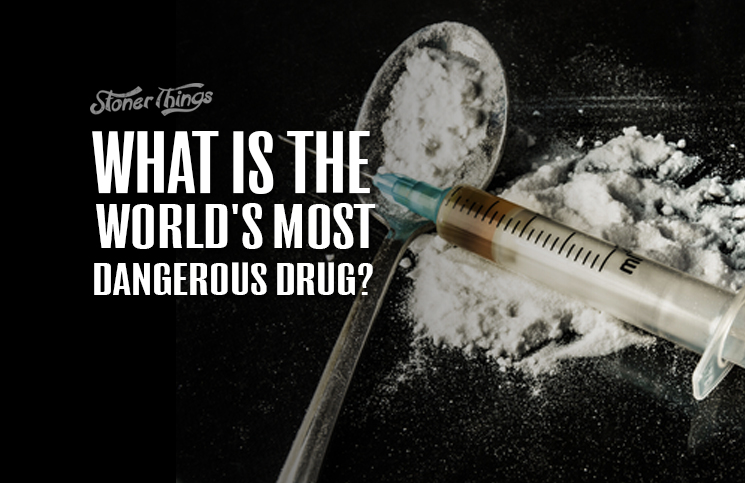 Weed is safer than alcohol. Hell, weed is safer than most things when it comes to human recreation. It’s certainly safer than cigarettes, it’s far safer than heroin, and even an aggressive round of mini golf is more likely to kill you than smoking pot. 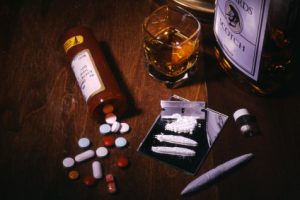 Surprisingly, though, it may not actually be the safest illegal recreational drug available. That title likely belongs to LSD and magic mushrooms, both of which can induce temporary anxiety attacks and literally no other negative symptoms; they’re entirely non-addictive, and like pot, they have a mortality rate of zero.

So what, then, is the world’s most dangerous recreational drug? Is there even a way to gauge this sort of thing?

Well, yes, there is, but the problem is that it’s highly subjective and not very reliable. British researcher David Nutt published an article in The Lancet in 2010 that sought to rank illicit and other recreational substances by their harm to users and to society as a whole.

Unfortunately, the whole effort is so fraught with nuance and contradictory data that the list really only amounts to a loose guideline for which drugs are particularly dangerous and which are particularly safe.

Tobacco is the biggest killer

For example, going by raw mortality numbers, tobacco is far and away the most dangerous recreational drug, as its long-term effects kill nearly half a million Americans every year, yet Nutt ranked it No. 6. Alcohol kills roughly 30,000, so it should rank No. 2, yet Nutt put it at the head of his list.

It’s critical to note that not all potentially fatal drugs kill in the same way. Smoke one cigarette today and nothing will happen unless you accidentally burn your house down. Smoke 20 cigarettes every day for 30 years and you can kiss your retirement goodbye. On the other hand, even that first shot of smack could end your life in a matter of seconds.

What’s more, alcohol and tobacco are so dangerous precisely because they’re legal. The same is true of prescription drug abuse, which kills thousands each year, mostly because the pills are so easy to come by. Methamphetamine, on the other hand, kills very few people, almost entirely because so few use it.

Most people, when they think of highly hazardous drugs, think of these three: heroin, cocaine, and meth. Some throw in alcohol and maybe PCP or ecstasy.

And there is no doubt these can all be highly dangerous substances. Heroin, as even schoolchildren know, is massively powerful, usually highly concentrated, and often lethal. A simple misstep in dosage could easily lead to death – and heroin users tend to be high, making such errors especially likely.

Cocaine is also highly hazardous, though its reputation is somewhat cleaner than that of heroin. Historically, more people have died from cocaine overdoses than heroin overdoses, but that’s because coke and especially crack have been much more commonly used than heroin.

That has changed in many parts of the United States over the last two or three years, and heroin is now out-killing cocaine, putting it near the top of the dangerous list. Nutt ranked alcohol the most hazardous drug in the world but listed heroin as a close second and crack cocaine third. Powdered cocaine came in fifth.

Meth was No. 4 on Nutt’s list. It’s more common in America than elsewhere, so in this country it’s probably closer to the top. It may not kill people in high numbers, but it kills a lot of the people who use it, and it causes widespread social harm. 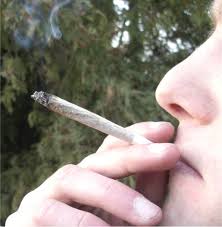 Nutt ranked marijuana surprisingly high, No. 8, but that was based more on the drug’s alleged societal impacts than its health hazards, and thus may reflect Nutt’s own personal biases against the drug and the people who use it.

Some drugs rated quite low, given their reputation. Ecstasy, for example, was near the bottom due to its limited use, the fact that it typically doesn’t inspire aggression, and the very low mortality rate.

Similarly, ‘shrooms and acid closed the list, along with Suboxone, a prescription opioid used to wean heroin addicts off that far more dangerous drug. Like methadone, Suboxone produces a limited high and can be abused, but it is widely considered safe and effective, especially compared to other opiates and opioids.

So what, then, is the most dangerous drug? Practically speaking, it probably really is alcohol. Like heroin, cocaine, meth, and many prescription drugs, booze can kill instantly, and not infrequently does. Like tobacco, but unlike heroin, it can also cause severe chronic disease and eventual death from long-term complications.

Worst of all, alcohol is incredibly easy to get, even for children and prisoners. If marijuana were that readily available, we would likely have fewer health problems in this country.