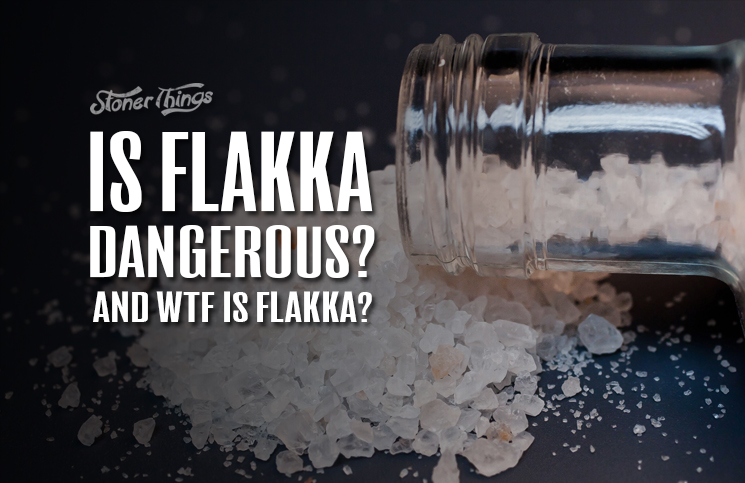 Almost every day, we get new evidence that marijuana is the safest of the recreational drugs. Google yourself blue in the face and you won’t find evidence of a single cannabis fatality. On the other hand, you’ll have a pretty easy time finding reports of death by booze, death by cigarettes, even death by caffeine. 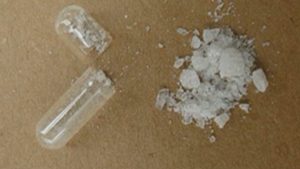 Now there’s word that a new drug is popping up in Florida, one that allegedly induces powerful psychosis and leads to deeply paranoid behavior. It’s called flakka, it was designed by chemists, and authorities say it’s a growing problem. It may only be a matter of time before it kills.

Flakka typically comes in a crystalized form and is smoked, often with vape pens. Like other designer drugs, it was made to pass drug tests and evade the limits of the federal Controlled Substances Act.

Officials blame flakka for two recent incidents in which people tried to break into Fort Lauderdale Police headquarters. Both of those people told cops they believed they were being chased by a mysterious mob.

Observers say flakka can cause powerful paranoia, delusions, and hallucinations. So far its use has been limited mostly to the Miami area, but police say it’s already spreading. The numbers in South Florida reflect that claim.

The number of samples of suspected flakka submitted for crime-lab testing at the Florida Department of Law Enforcement has grown from 38 in 2013, when the drug first appeared the public radar, to 228 last year. A similar lab at the Broward County Sheriff’s Office reported an increase from 200 in 2014 to nearly 300 already in 2015. 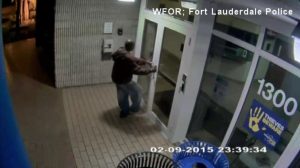 The most dangerous aspect of flakka may be the paranoia it reportedly causes. In February, 50-year-old James West, a homeless man, tried to break down the front door of the Fort Lauderdale Police Department, pounding it with rocks until it cracked. After police subdued him, he told officers he had smoked flakka and needed police help because “he was being chased by 20-25 individuals and he didn’t know why,” the police department said.

In March, 37-year-old Shanard Neely tried to climb the 10-foot-high security fence around police headquarters after admittedly smoking flakka. He impaled his buttocks on the fence, and it took police hours to cut him down. Neely told them he was being chased and “needed to go to jail or they would kill him,” police said.

And in January, SWAT officers were forced to convince 33-year-old Leroy Strothers to come down after he fired a gun from a rooftop in Palm Beach County. He said he had smoked flakka and was being followed by Haitian gangsters who had threatened to hurt his family. Strothers, a convicted felon, was charged with illegal possession of a gun.

This isn’t the only recent episode to involve highly dangerous designer drugs. A scourge of synthetic cannabis has swept Eastern Pennsylvania and Western New Jersey in recent weeks, sending dozens of people to hospital.

With real weed, by contrast, people are much less likely to risk their lives to get high. Marijuana is very safe, and certainly safer than any designer drug. And there’s good reason to think legalization would offer a better alternative for many of the same people who turn to flakka, synthetic THC, and other lab-born drugs.