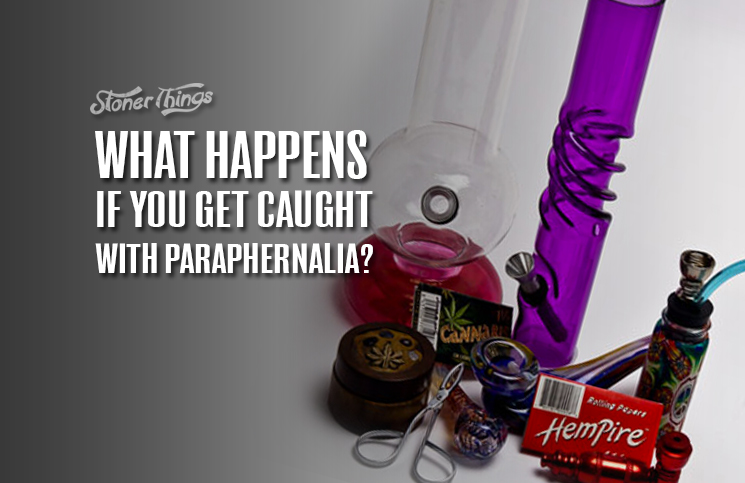 Everyone who smokes weed remembers the sorry story of Tommy Chong.

Tommy, as we all know, is one of the living patron saints of marijuana in America. He has appeared as himself – in other words, as a giant pothead – in countless movies and sitcoms.

Chong also did some time in federal prison roughly a decade ago. He was a martyr of sorts for the cause of legal pot, brought down for doing something that head shops around the world do every day.

Chong pleaded guilty to charges he sold bongs over the Internet in 2003, part of a larger federal investigation into drug trafficking by paraphernalia sellers. He served nine months in prison.

Drug paraphernalia laws vary widely from state to state, with some banning it, some allowing it, and some leaving it in a legal gray area in between. But there’s one general rule: If pot isn’t legal, neither are the devices used to smoke it.

In states where even small-time marijuana possession is a crime, paraphernalia typically comes with similar penalties. It’s usually charged as a misdemeanor, though some states and the feds may occasionally file felony charges against people caught making, shipping, or selling paraphernalia.

Felony charges may also apply in some states if paraphernalia is sold or possessed near a school zone. And the businesses that sell the stuff will always face tougher sanctions than people who buy it.

If cannabis is legal, paraphernalia is legal

In states where weed is legal, paraphernalia is legal, period. But that only applies to simple possession, which is legal in Colorado, Oregon, Washington, Alaska, and the District of Columbia. Paraphernalia that indicates illegal sale, such as digital scales, baggies, or medicine vials, may also be illegal.

Finally, in states where pot is decriminalized – where users face only small civil fines for possession – paraphernalia is usually treated in a similar manner. So a user issued a citation for carrying cannabis in public could also receive a ticket for carrying rolling papers. Thankfully, that kind of double citation typically doesn’t happen in states that decriminalize.

Things can occasionally get more complicated. Lawmakers in Maryland, for example, forgot to decriminalize marijuana paraphernalia when they passed a law decriminalizing the drug last year. The mistake has forced the legislature to draft a new bill to correct the oversight, legislation that is currently under debate. 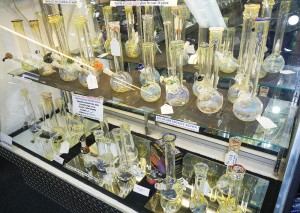 To make things even cloudier, head shops in most places are able to circumvent anti-paraphernalia laws by insisting their products are designed only for legal uses, such as smoking tobacco.

Anyone who has visited a smoke shop in a place where weed is prohibited knows the semantic dance that goes on inside. Bongs are referred to only as “water pipes.” Butane torches are marketed for lighting candles. And no one is allowed to utter the word “marijuana” lest they be tossed out the door (an impotent threat where cash is involved).

Of course, the police and everyone else know the truth about paraphernalia stores. They mostly just choose to let it slide. It only makes sense; when you have to choose between stopping murders and busting people for buying fancy glass, you’re probably going to give the glass fiends a pass.