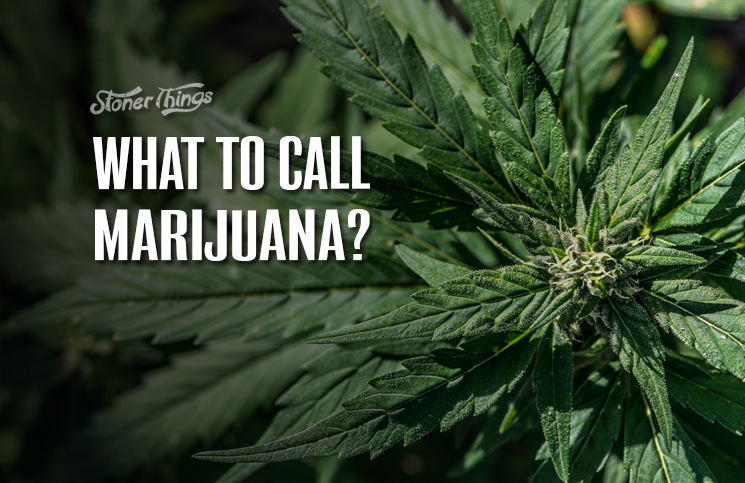 Drugs come in all varieties – hard, soft, potent, weak. They also carry many names, some official, some slang, and some downright obscure. But what are the best-known terms for marijuana, and where did they come from? Here’s a brief guide on the etymology of pot/weed/marijuana/cannabis.

“Marijuana” is the word of choice for pot in most parts of the world. It serves as both a formal name and a street term, though it’s often too stiff for simple conversation.

What’s surprising is that the leading nomenclature is relatively new. The word itself may be old, but it made its way into English only within the last 150 years.

That happened when Mexican immigrants brought the Spanish term “marihuana” with them across the border, along with the drug itself. Variations of the word reach back into the Spanish language, but the exact derivation is unclear. It may have evolved in Spain or come from a Native American term.

In any event, “marihuana” became the modern-day “marijuana” only once Harry Anslinger and the Federal Bureau of Narcotics launched their infamous campaign to ban the drug for any use. The switch from “h” to “j” remains something of a mystery.

“Cannabis” goes back much further than “marijuana.” No one knows why the two terms switched places in the early 20th century, but “cannabis” is now treated mostly as a formal, scientific label.

The use of “marijuana” refers mainly to the drug, while “cannabis” can also refer to the plant that produces it. The word first appeared in the 16th century and was used to describe “common hemp, cannabis sativa.” It’s an Indo-European word that apparently stems from the arrival of the first smokeable marijuana in Europe.

Most of the early domesticated cannabis was grown for hemp rather than drugs, but the ancients were not unfamiliar with marijuana as an intoxicant. Today the opposite is true: Most cannabis is cultivated for its THC. “Cannabis” now refers to any kind of pot but is typically used in a scientific sense.

Somewhere between “marijuana” and “weed,” pot is both slang and common terminology. It refers specifically to marijuana the drug, not the plant, and it is usually used as a label for marijuana high in THC.

Like “marijuana,” “pot” is a rather new term. It reached the United States in the 1930s, after “marijuana,” and it stems from the Spanish potiguaya or potaguaya, both words derived from “potación de guaya.” This is a drink made of marijuana steeped in wine or brandy. It translates as “drink of grief.”

Of course, “pot” isn’t nearly as dark a term north of the border. It’s not usually the slang term of choice for stoners – that honor belongs to “weed” – but it does an able job of describing marijuana without getting too serious.

The exact origins of everyone’s favorite term for marijuana are uncertain. It’s old, at least as old as 1929, when it appeared in print as a term for a marijuana cigarette (the word “joint” also dates to the early 20th century). Its allure is obvious: “weed” is a weed, literally, and it is often treated as such by critics. The term throws their judgment back in their faces.

But “weed” didn’t really take off until roughly the 1990s. It appeared occasionally during discussions of marijuana in the 1960s, along with “dope” and “grass.” But Generation Xers, who came of age in the late 1980s and early 1990s, wanted something different to describe their favorite drug.

Thus “weed” was plucked from obscurity and popularized across the United States. It’s now the No. 1 word of choice for potheads, but not everyone has caught on: The news media still leans heavily on “pot” and “marijuana.” As usual, it’s the tokers who are ahead of the times.