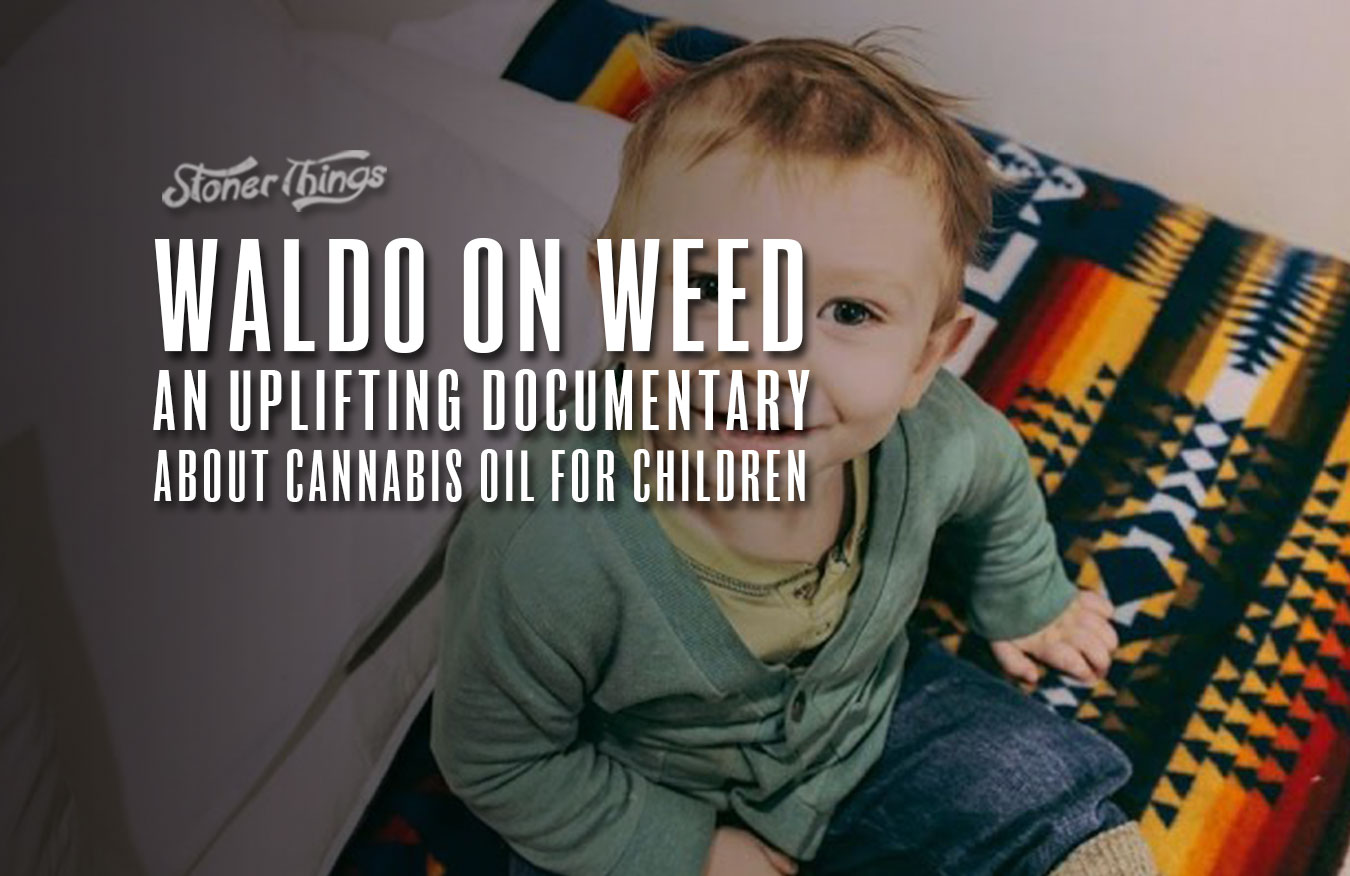 Advocates of medical marijuana have often cited the need for access to certain cannabinoids for medical use in part because there are a number of diseases that hit in childhood that could be alleviated with the compounds found in marijuana. Stories of children with seizures, in particular, have swayed legislators, but also kids with cancer and neurological disorders. Now, a documentary that was literally years in the making has shown how that fight evolved for one little boy named Waldo Dwyer. It’s called Waldo On Weed, and the filmmaker behind it spoke about the documentary in a recent interview.

Actually there were three filmmakers, as the story began about four years ago, when a strange cloudy spot appeared in Waldo’s eye. Turns out it was a rare form of eye cancer that would leave him blind or worse. It’s every parent’s nightmare, and Brian and Danielle, Waldo’s parents, were living it. They obviously turned to chemotherapy first, but that just made things worse, it seemed. Their journey into medical pot came when “uncles” Mike and Larry told the Dwyers about a 3-year old whose leukemia was apparently cured with medical cannabis. But this was 2014, and the Dwyers lived in Philadelphia.

The documentary is really not made to be an advocacy story about medical cannabis. The 3rd and final director, Tommy Avallone, explains that he’s not endorsing medical cannabis in any way. In fact, he includes comments from CALM, or Citizens Against Legalizing Marijuana. Why? He wanted to present all sides of the story. Ultimately, he wanted to show the lengths which parents will go to save a child’s life. In the case of the Dwyers, they had to find a way to transport medical cannabis from California to Philadelphia. In the end, they moved to the West Coast, and now live in Oregon. Luckily Waldo is doing fine now, and it does seem medical cannabis saved at least his vision.

That’s no surprise to Dr. Dina, a medical marijuana consultant who helped the Dwyers learn about medical cannabis and how to use it. What’s more astounding is how the family had to fend off not just the authorities, but other family members who weren’t as open-minded as Brian was. Brian’s journey was intimately detailed, as he used a Flip video camera to record the progression from early diagnosis all the way to finding supplier Matt Rize.

In an interview, Avallone insists he isn’t an advocate for medical cannabis. In fact, he doesn’t smoke at all. He’s a dispassionate observer who likes to tell “human stories” — not uncommon for a documentary maker. Still, he tries to argue that CALM and Parents4Pot are the same, in a way. Both are said to want safety for kids, but it’s unclear how CALM can advocate for more prohibition in light of the data that is presented in the film. How is prohibition protecting anyone if cannabis can demonstrably heal a child’s illness? The idea of presenting both sides is admirable, but in this case it’s a bit like interviewing someone who claims tomorrow the sun will turn into a block of cheese. While possible, it is highly improbable.

The documentary is worth a look (like some of the entries in our list of the best cannabis documentaries), however, because it does present a powerful story of family and dedication, and a willingness to be open to new ideas. One hopes that the core of that message will get through to more people as a result, and prohibition can be lifted so kids who happen to be born in states where medical cannabis isn’t legal yet can benefit from the medicinal properties it contains.