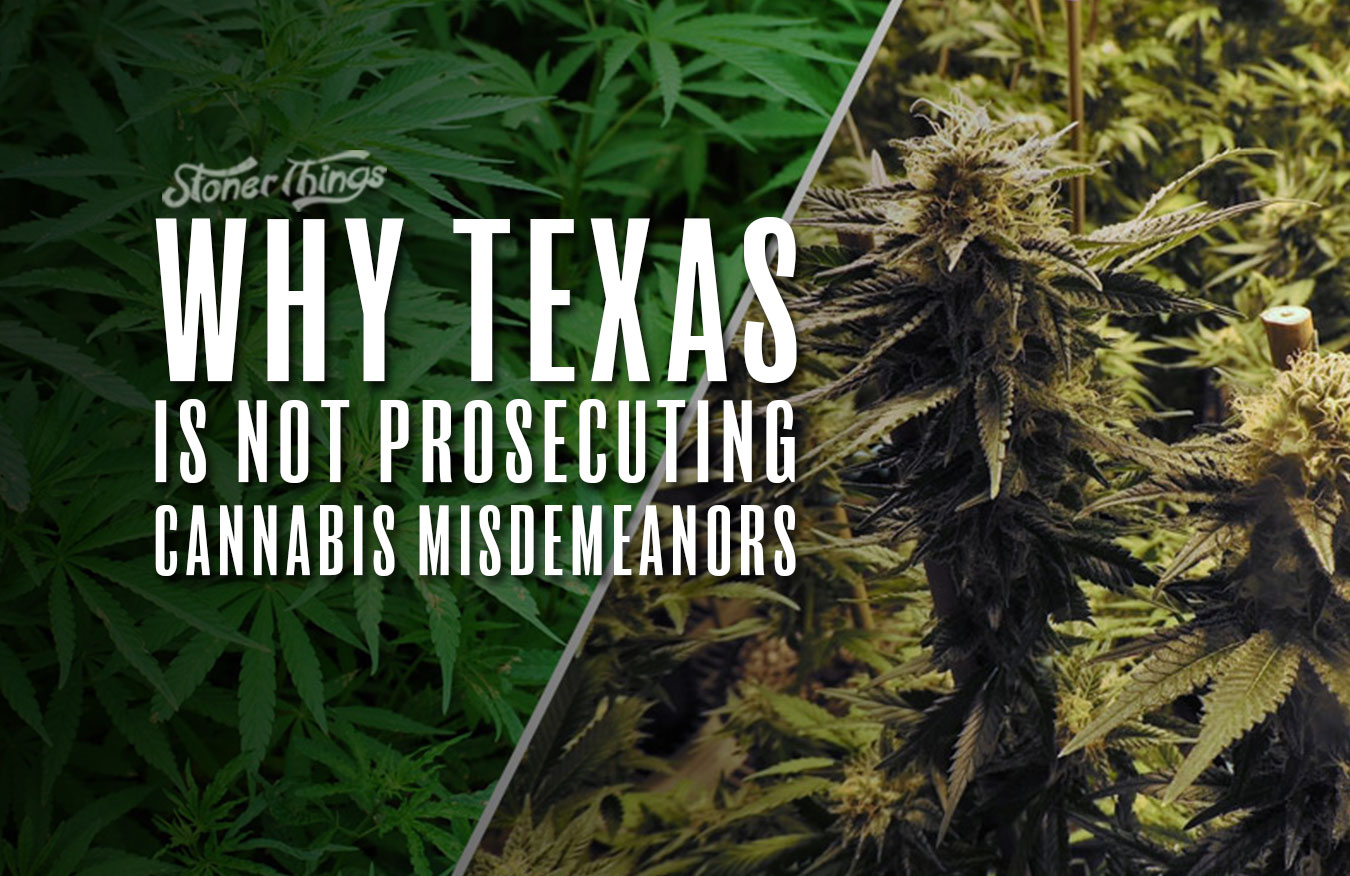 We wrote about how Italy sort of accidentally decriminalized cannabis a while back. The country was trying to push back on “light cannabis” yet had also seen a drop in drugs from pharmaceuticals as people figured out the trick to buying CBD-rich hemp flowers and derivatives. So in Italy they could buy hemp, but they supposedly weren’t allowed to smoke it. Yeah, right. Texas, meanwhile, still has some of the strictest laws on the books regarding cannabis even though Federally the CBD strains are legal. Here we’re talking about THC cannabis, marijuana, etc. and even medical marijuana has been a non-starter for the Lone Star state. Recreational weed? Probably not for years to come. The state makes tens of thousands of misdemeanor arrests each year involving low-level pot busts of all kinds. Yet, because of the state’s own ineptitude, a lot of those misdemeanors may simply float away.

In a letter, the Director of Public Safety for Texas explains that the state won’t test drugs in misdemeanor cases. As he explains, the state has over 800 felony cases backlogged and the lab can only handle so much throughput. According to him, it will take 75 days to complete a backlog from last year, and only then can it begin testing new cases. Despite the legislature giving it more funding, it just can’t test everything in a year. As stated in the letter, there were 80,000 misdemeanor marijuana cases every year! Obviously there’s a logjam. But why?

Because hemp and marijuana flowers look pretty much the same. They smell the same, and they smoke the same. Unless a cop is willing to try a sample, it’s apparently impossible otherwise to determine the THC content. And of course, the state has limited testing to only the Department of Public Safety, whose lab is overrun with other drug felony cases. 50,000 of them annually.

Most people reading this article will realize that a simple solution exists: Legalize marijuana. The fact that the state can’t keep up with arrests, the fact that the arrests are more hassle than they’re worth, and the fact that it would boost the state’s economy in light of recent events are all arguments in the “pro legalization” corner. The “no legalization” corner is the same stuff we’ve heard since the 1920s: Weed bad! Weed make jazz music! Or similar false claims (ok, the jazz thing might be accurate) that keep marijuana from being legalized in other states. It’s still amazing that in light of all the evidence before them, legislatures continue to bang a broken drum when citing evidence against marijuana legalization.

By contrast, in 2017 Texas had 910 DUI crashes resulting in 1,024 DUI fatalities, and nearly 6,000 total (some didn’t involve injuries at all). We could go deeper, into domestic violence due to drinking, lost jobs, and so many other aspects of the legal drug America has been enamored with since forever, but you get the point. What’s amazing is that the state’s own intransigence is now costing its prosecutors critical evidence in misdemeanor cases. Perhaps that will be one of the wake up calls District Attorneys and law enforcement needs to realize that the War on Weed is simply a waste of resources to begin with.