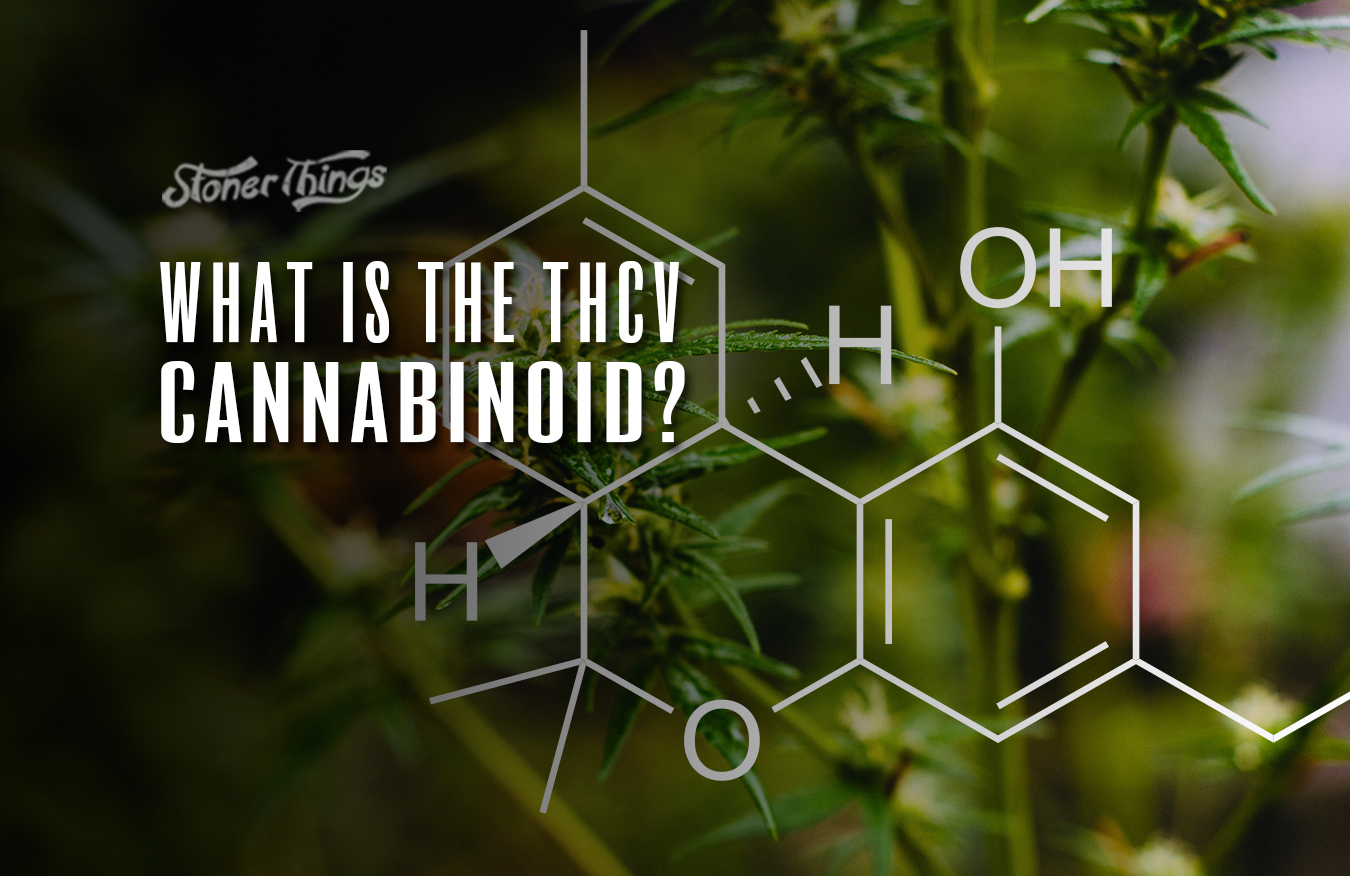 Cannabis has over 100 cannabinoids that scientists have been able to isolate from the plant. The two most people are aware of, THC and CBD, have different specific effects on the human body. What about the other cannabinoids? Well, let’s take a look at THCV, or Tetrahydrocannabivarin, a very interesting one indeed. It’s important to note that THCV is found in trace amounts in most cannabis strains, but of course can be isolated chemically or boosted with breeding techniques. Also, THCV boils at a higher temperature than THC, so if you’re using a vape you’ll need to turn up the heat to access its properties. All that said, there are promising effects shown from THCV which we’ll look at here, as well as where you’re more likely to find the cannabinoid in practice.

So what is it, really? THCV is known as an analogue of THC, just a few carbon atoms away from everyone’s favorite psychoactive cannabinoid. The first thing that might come to mind is, “does it get you high?” but the science is a little more complicated here. Yes, it can activate the CB1 receptors that cause you to get high, but only in high doses. In lower doses it seems to inhibit those receptors and act more like CBD, which doesn’t get you high. Weird, right? If you do get buzzed from THCV it’s supposed to be more clear-headed and last a shorter time. But the psychoactive effects aren’t what makes this cannabinoid so interesting.

Here are a few things that research shows THCV could help with:

There is promising research indicating therapy for Alzheimer’s and osteoporosis, but so far the science is still in progress on these.

As we said earlier, THCV is only found in trace amounts in most strains, but there are some with higher concentrations than others. And of course, it’s quite likely that with more knowledge of the power of this cannabinoid that breeders may introduce newer strains to better emphasize it. African sativas seem to have the most THCV right now. You can also ask your budtender for lab-tested strains to ensure what you’re getting has as much THCV as you can get. Until then, here are a few THCv heavy strains.

Again, ask your budtender if there are any new strains worth looking at that contain elevated THCV levels, or any new products that emphasize this fascinating and complex cannabinoid. It’s just another one of the many useful and different compounds being used for therapeutic uses.