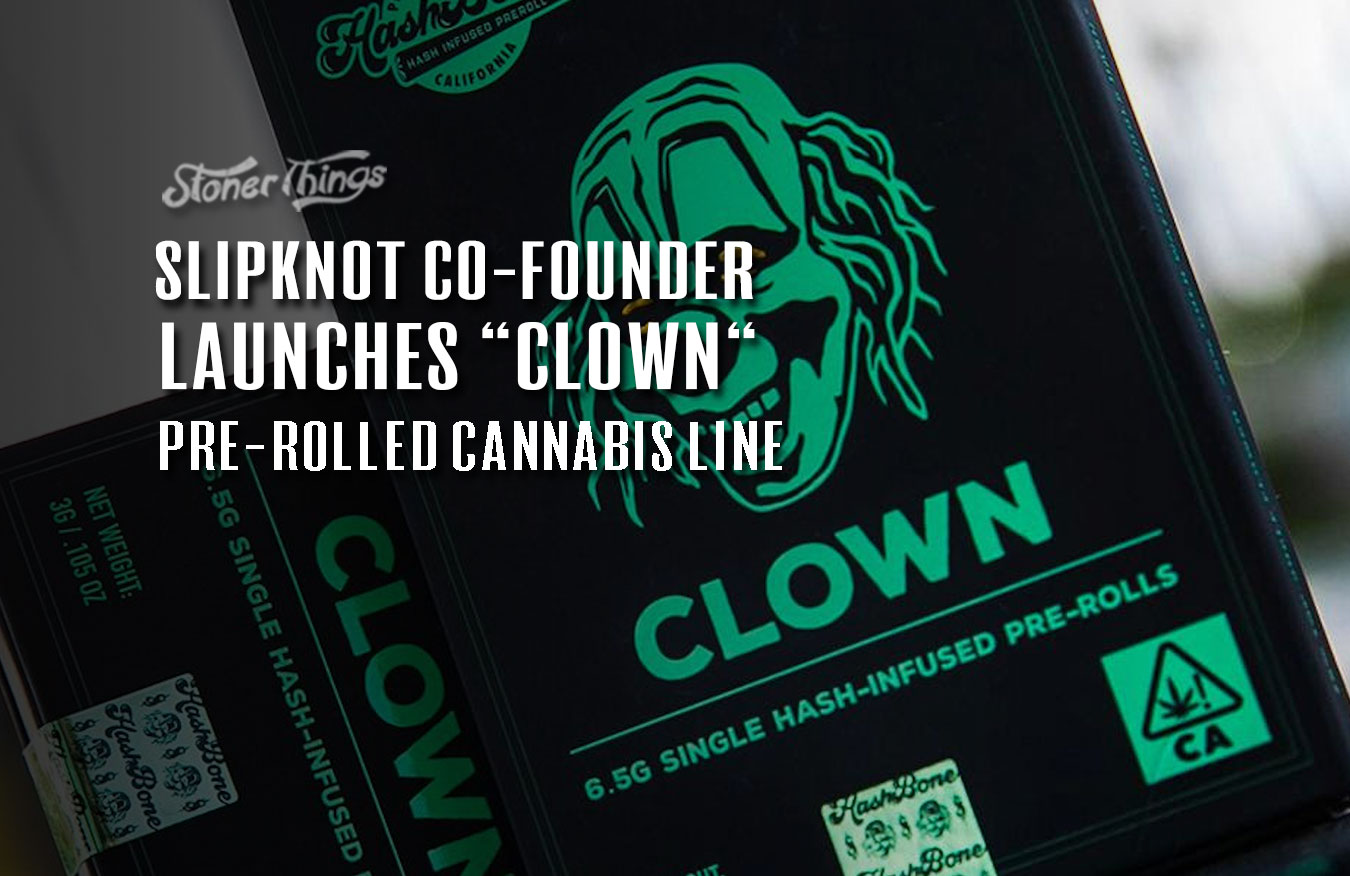 Pre-roll cannabis products are making waves these days, possibly because of the pandemic — people may bring their own rolls to a sesh and want to avoid cross-contamination. Or, perhaps it’s just that customers don’t want to roll their own and prefer the convenience of a pre-rolled smoke. Either way, another trend in cannabis is artists and musicians lending their name to a specific brand’s output. This time, the co-founder of Slipknot is doing just that, working with Hollister and Heavy Grass to produce a potent blend of 75% Indica and 25% Paradise Citrus bubble hash. Labs guarantee these hash-infused pre-rolls are over 40% THC — this smoke isn’t clowning around.

The pre-rolls are packaged in a black matte case which has original artwork on the outside. The special-edition HashBone packs have six half-gram pre-rolls in them, and are infused with the aforementioned Paradise Citrus bubble hash. That hash is made from crossing Tropicana Cookies and Tina, which is said to provide a relaxing effect and with happy head highs and (given the name) offers notes of citrus and sour orange. This is balanced with the flower, a signature indica with an earthy but citrusy flavor profile that is more meditative and sedative. 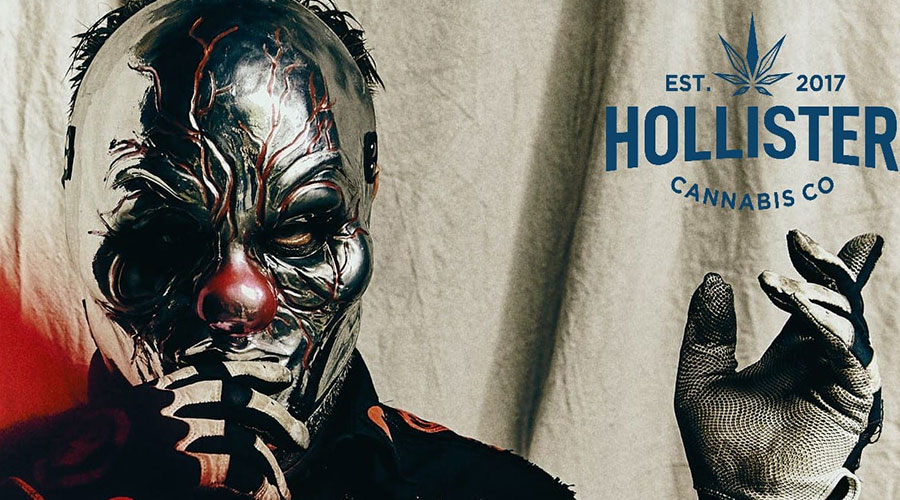 The man behind this is Shawn “Clown” Crahan, who not only helped create Slipknot, but directed many of the band’s music videos and wrote several songs. Clown is a true Renaissance man, also helping create the band’s signature look, with masks and uniforms, plus the live staging, album covers, packaging, and merchandise for tours. This fanatical devotion to detail and cohesive creative vision is likely what drew him to creating an instalment in the HashBone line.

Heavy Grass is no stranger to the music scene, and Hollister entered into a licensing agreement in 2020 to produce and sell co-branded cannabis products with musical collaborators. Hollister Biosciences and Heavy Grass together are a potent force in the cannabis world, and the Clown HashBone line is their first collaboration — but likely the first of many to come.

Clown is an advocate for cannabis as medicine, even saying in a press release, “Just remember, it’s medicine.” And to celebrate the release of Clown Cannabis, Heavy Grass and Clown have created a “Green Ticket” experience, where the winner of the ticket will get unlimited entrance for two to any Slipknot shows in the world for the next three years.