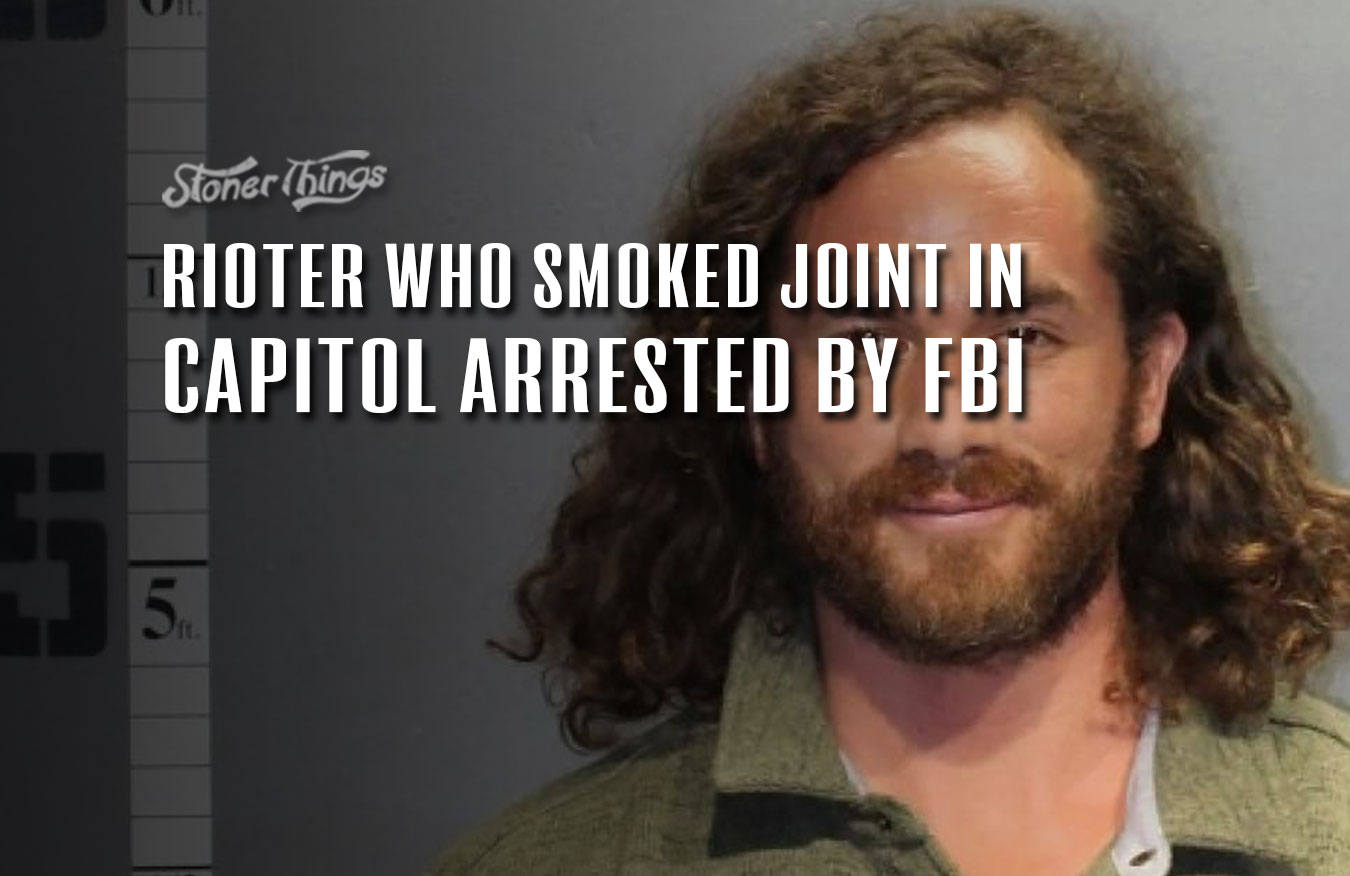 During the riot in Washington D.C. on January 6, a huge number of participants took selfies and posted them on social media. This has made the job of the FBI just a little bit easier, as the agency has spread wanted posters around using those very selfies. One of the notable ones was from a rioter nicknamed “The Capitol Rotunda Doobie Smoker” because he was not only smoking a joint in the Capitol building, but was handing them out to others as well. He said, on video, “Time to smoke weed in here!” on a video that was posted to YouTube, which was seen by a family member who turned him in. He was taken into in police custody until his hearing on charges related to the Jan. 6 siege.

According to the Associate Press, his defense attorney correctly argues that it’s not illegal to believe in conspiracy theories. It’s not illegal to talk about them on social media, YouTube, or elsewhere. The judge in the man’s hearing agreed, but noted that those beliefs were turned into action when he rioted in D.C., and that could make him a flight risk.

Doobie Smoker’s real name is Eduardo Nicolas Alvear Gonzalez, and he’s from Ventura, California. Gonzalez espouses a number of conspiracies, many of them aligned with Q Anon. There’s a healthy grab bag of other theories he adheres to as well, including flat Earth, we’re all living in a simulation, and the classic “Hollywood elites sacrifice babies” conspiracy theory that has been floating around for ages. Apparently its this cobbled together hodge podge of conspiratorial beliefs that led him to allegedly join the insurrection in January.

Gonzalez claims his YouTube channel, where he rants about these theories, is watched by “tens of thousands.” He has some alternate names, and sometimes goes by Nick Alvear or Lion Nick as well. Oddly enough, he was apprehended in Virginia Beach, Virginia and is being held in the state right now.

He says he smoked weed in the Capitol for “freedom,” and broadcast his incursion on Zoom, while mentioning “taking our country back.” This was a common theme from participants in the riot, although the country was never actually abducted by anyone. Perhaps there’s some irony in the fact that the election, which flipped Georgia to the Democrats in the Senate, is why Federal cannabis legalization is likely to happen within the next couple of years. Sen. Chuck Schumer is now majority leader and can bring legislation to the floor to fix prohibition once and for all. Former majority leader Sen. Mitch McConnell appeared to have no interest in bringing such a bill to the floor.

So while Gonzalez may have thought he was championing legal weed, he was really setting back his own cause. He’ll have time to think about it, as he’s been charged with disorderly conduct and entering a restricted building. He’s being held in Virginia, and is one of over 200 others arrested for their parts in the riot.