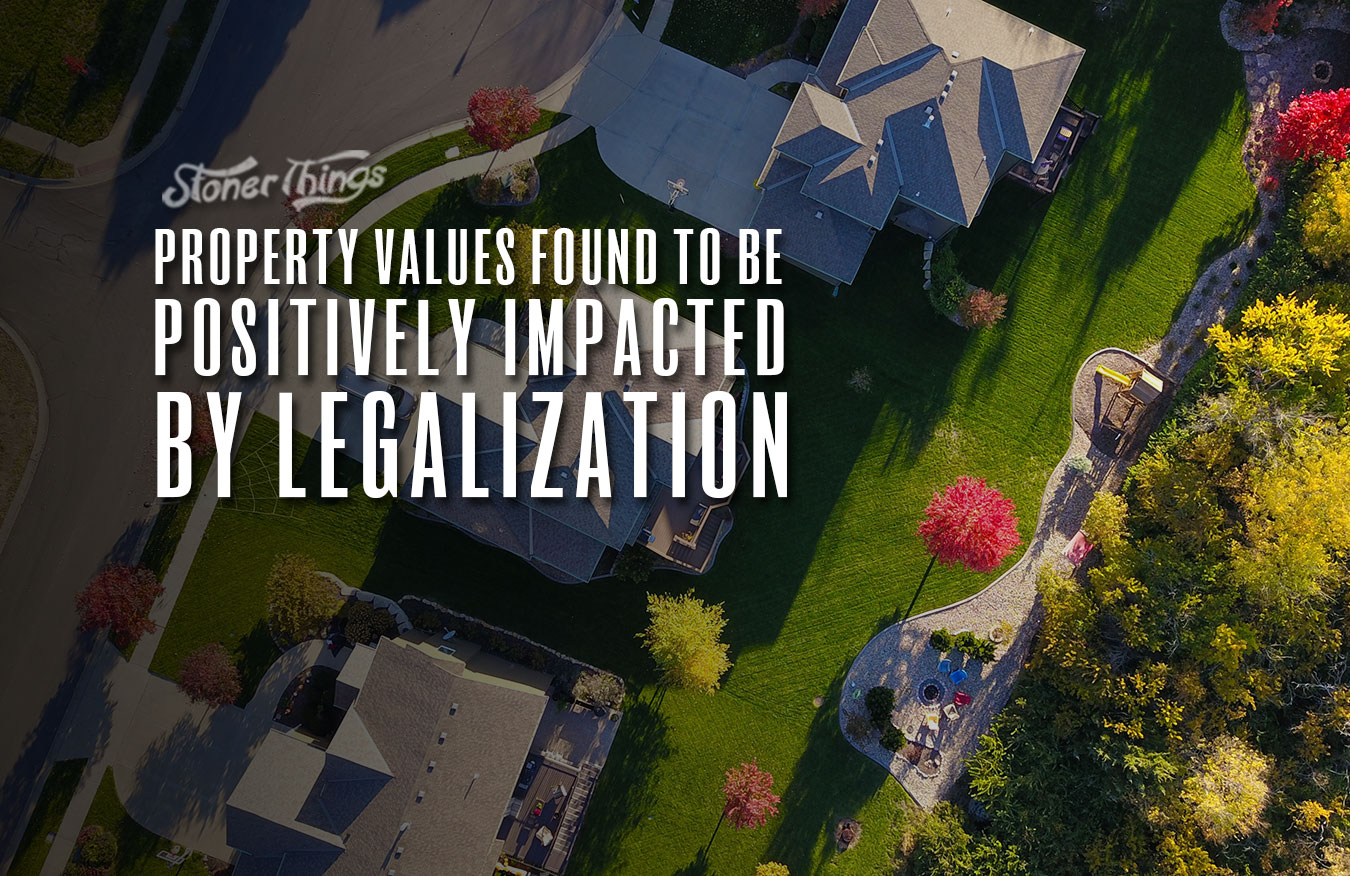 One of the many claims made by cannabis prohibition advocates was that if you allowed legal pot to be sold in a neighborhood, property rates would plummet. Perhaps the logic was that no one would want to be “around a drug zone,” even though having a pharmacy near your house isn’t likely to drop its value. Perhaps that’s a bias of those in favor of prohibition. Perhaps they see no benefit whatsoever in cannabis, and that’s why they can’t imagine a world where others do. However, the reality has become quite different. Property values appear to be going up in places where marijuana was legalized.

The bump in housing value includes recreational and medical legalization, further refuting naysayers. NORML reports that the latest study shows, “a large positive spillover effect on the housing market following legalization.” In fact, home values rose 5% in areas with legal recreational weed and 11% for medical legalization. It follows the same logic as housing appreciations in other areas. Where amenities grow, public services grow, and tax revenues grow — all working together as a force multiplier for services and benefits to a region or neighborhood. You can think about it this way: Would you rather live in a neighborhood with sidewalks, good schools and walkable shopping areas nearby or somewhere you have to drive for miles to get to food, with a lower-than-average tax base, streets with potholes, and underfunded schools?

The study found the obvious: That people appreciate the added tax revenues from legal weed, and even find benefit in having a dispensary nearby. So it’s not just the abstract notion of having more tax money for services, but actually having dispensaries was enough of a boon to raise home values in an area. No matter how you feel about marijuana, that’s a strong economic incentive for legalization in and of itself. It’s certainly counter to the notion of having “drug activity” in a neighborhood that leads to lower home prices. Sure, if you have a crack dealer on every corner you’ve got a problem, but that’s becoming increasingly rare.

That’s not to say some areas don’t have problems with illicit drug production and distribution, of course. Methamphetamines have become the more popular drug of choice after the crack epidemic that rose in the 1980’s. Meth, however, is usually produced far away from other houses due to the toxic fumes. That’s not meth-makers being “safe” — that’s just to prevent being caught. It’s also less likely that you’ll get busted if you blow up a trailer in the woods than if you level a city block. These are things even illegal pot growing operations never had to worry about.

This is hardly the first study to report a rise in property values thanks, in part, to legal marijuana sales. It’s one of many that continue to sound the same note: That legalization is good for business, good for neighborhoods, and good for people. It’s possible that the “novelty” will wear off, and that housing will no longer be as affected if, say, marijuana were legalized at the federal level. For now, the impact of a dispensary opening near one’s home definitely seems to raise the home’s value, on average around 6%. That’s because the dispensary is seen as an amenity, like a museum or other resource, and a largely middle-class or higher one at that. This could change, but for now it’s having a real impact on home prices in states where weed is now legal.