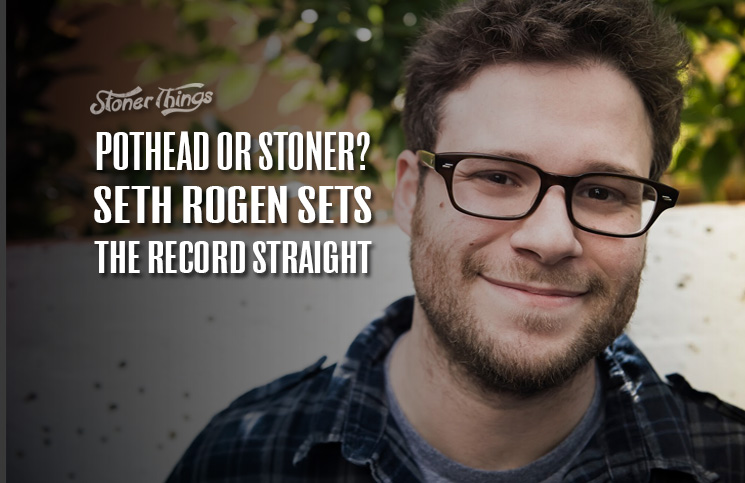 Most people don’t make a distinction between ‘potheads’ and ‘stoners’, considering both types of marijuana users as pretty much one and the same thing. This is definitely not the case with Hollywood superstar Seth Rogen however, who in a recent interview took the opportunity to set the record straight as to which category he belonged. 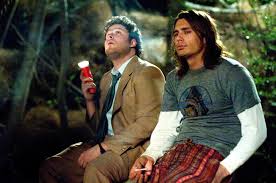 The star of “Pineapple Express”, “This Is the End”, and a host of other blockbusters announced in no uncertain terms that he was in fact, a “pothead” and “not a stoner”.

Seth Rogen is of course one of the handful of Hollywood stars who has made no secret of his love for the magic herb. Explicit marijuana use and depictions of cannabis culture are common features of practically every film he has appeared in, the most overtly pot-related of which was the aforementioned “Pineapple Express”.

In that particularly significant piece of cannabis-related cinema, Rogen’s exploits took him and co-star and real-life buddy James Franco on a wild romp fueled by copious amounts of a legendary herb known as Pineapple Express. The then-mythical strain has since come to life in an actual strain of the same name, cementing Rogen’s affinity and influence on marijuana culture.

That Rogen identifies himself as a pothead rather than as a stoner is quite telling, but really isn’t all that surprising. In stark contrast to the sloth-like, dull, and soporific image that many people have of cannabis users, Seth Rogen is smart as a whip, personable, generally likeable, and gifted with a keen sense of humor that reveals a multi-layered subtleness and sophistication with repeated immersion.

And then there is his career. One of the biggest stars to have ever been associated with marijuana, Rogen has achieved a degree of fame and success that most cannabis users – stoners and potheads alike – could only dream of. Versatile, hugely successful, and almost universally loved, Seth Rogen goes well beyond the typical image of a stoner.

As to why Rogen identifies himself as a pothead rather than as a stoner, he explained that the main reason was his changing attitude toward weed as he got older. Saying that potheads simply smoke a lot of weed without putting too much thought into it, Rogen made clear on which side of the fence he was putting his allegiance.

He also mentioned in the same interview – which was incidentally granted to Rolling Stone magazine as part of a promotional junket for “This Is the End” – that those new to weed typically go through the first few years analyzing cannabis and its various aspects in great detail. For long-time users such as himself however, Rogen believes that this fixation and fetishizing of marijuana eventually tapers off, leaving the user to just get on with it and treat marijuana as any other useful and/or enjoyable substance.

Of course, potheads and stoners continue to exist separately, with both groups exhibiting plenty of overlap between them. Despite the implications of Rogen’s allegiance to the pothead banner, it would seem that potheads and stoners have a lot more in common than we would think.