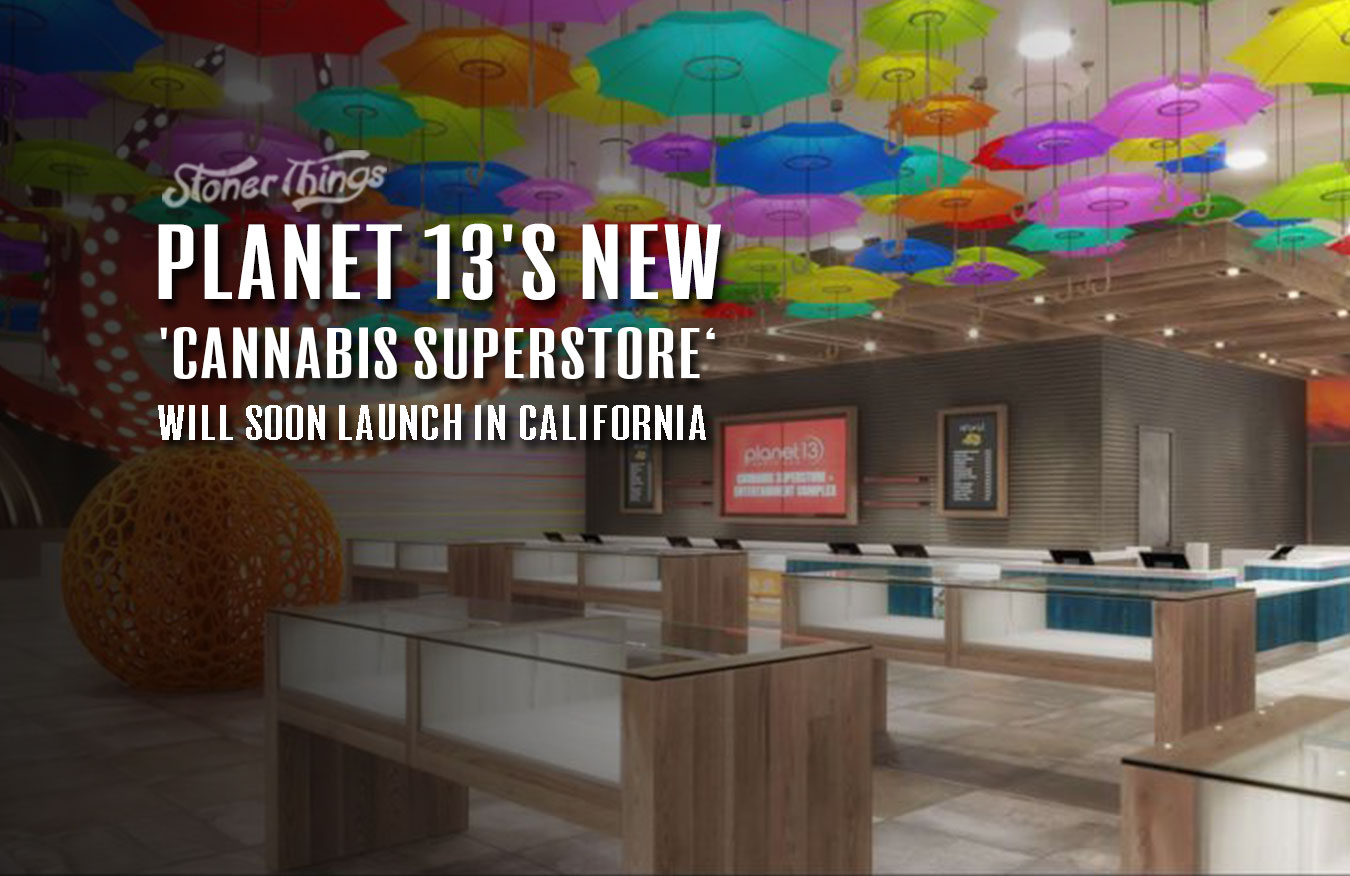 If you were to fuse Steve Jobs and Willy Wonka, they might come up with a cannabis retail concept like the Planet13 “SuperStore” set to open in July, 2021. Photos of the interior show a colorful, upside-down octopus with umbrellas on the ceiling — and that’s just one tiny portion of the 55,000 square foot space occupying half a block in Santa Ana, California. The company’s flagship store in Las Vegas is still twice that, but this will be the company’s second-largest store in the country.

Over 16,000 square feet are dedicated to the dispensary, which is set to open July 1 of this year. But the building will be an experience, according to CEO Larry Scheffler in an interview. As you walk in, there will be a simulated beach experience, with digital projections simulating walking in the sand, and huge digital waves crashing around you. This beckons you to the dispensary, where the previously mentioned umbrella octopus lives, complete with fog on the ceiling.

Scheffler also mentions expansion plans, noting that each Planet 13 will have theming appropriate to the city it’s based in. Making these unique experiences is mandatory in a market where advertising is highly regulated, if not impossible in some contexts, and word of mouth or organic shares can mean a huge uptick in visitors and sales. He says a “Cheech and Chong” van moment at the Vegas store was a little too popular, generating too much smoke.

The company will open ancillary businesses in the complex later, in phases 2 and 3, although they will be tightly controlled experiences so as to perfectly fit in with the overall vibe. It’s a sort of control the Disney company has used at its parks for years to great success, and with Planet 13 being a sort of “Disney for weed” it makes sense for the company to use smart ideas.

Those later phases will somewhat rely on how “consumption” laws in California develop. While weed continues to become legal in more states, where you can actually legally consume — especially if you’re a tourist — isn’t always so progressive. That’s because a raft of well-meaning anti-smoking legislation was passed years ago. Still, Scheffler is optimistic that Planet 13 will be able to open some sort of consumption-based lounge or bar within short order. That’s crucial to the company’s long-term vision to be a one-stop shop for many cannabis consumers around the country.

In fact, the CEO’s parting advice to any cannabis entrepreneurs out there is to provide the best service possible. For Planet 13, that means tightly controlling the experience and offering a wide range of products and experiences for consumers to enjoy. The company will still have to contend with local differences, like how the Vegas HQ competes with casinos for attendance, but the service could set the standard across all its stores, providing a unique in-person experience for each city yet offering streamlined and outstanding service across the board.

The pandemic now seems like a blip on the radar for Planet 13, as business is booming again and there are plenty of plans for expansion going forward. The company is in talks in several states, but until then will focus on expanding its California location into the coming year.