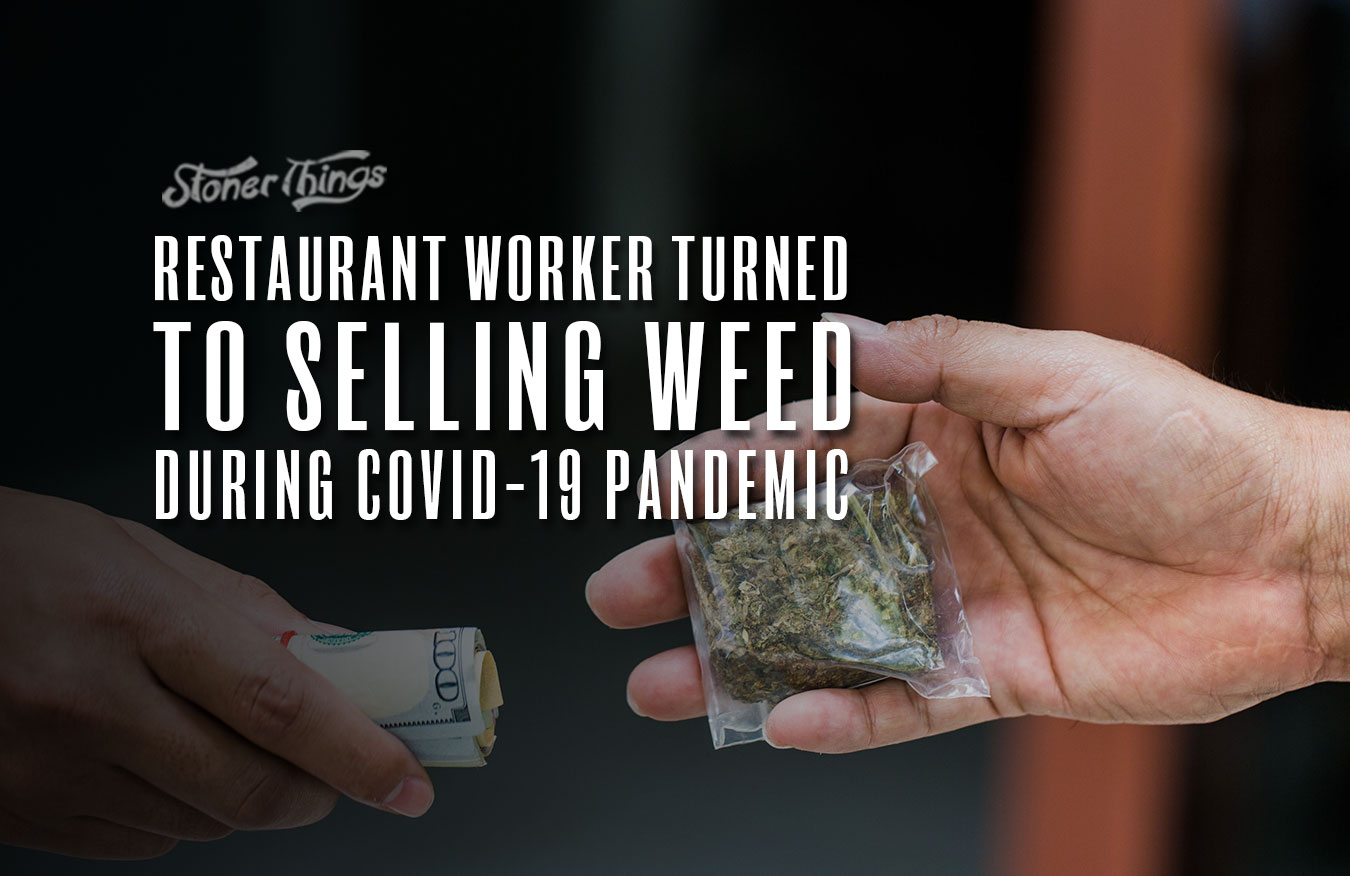 Restaurant workers comprise a good portion of the millions who have filed for unemployment since COVID-19 shut down entire swaths of the U.S. economy. It also looks like an unsure future as to when, exactly, that sector of the nation’s economy will be able to return to their work. The new coronavirus is an aggressive bug, and we’re still learning how it is spread, how long it can live, and if people can get re-infected. However, just like Walter White in Breaking Bad, one “creative” restaurant worker in New York City has turned to selling drugs to pay his bills. Except this isn’t meth, it’s weed.

The worker posted up a first-hand narrative on the New York Post, describing his plan. In essence, the title says it all: “I’ll deal weed until my restaurant reopens.” As he explains, his hours were cut dramatically despite the use of curbside and delivery being offered by the restaurant. So he reverted to his teenage weed-dealing years and bought a big amount all at once so he could sell it off over the next several weeks. It’s not clear how much he bought and how long he plans to keep selling but his plan isn’t terrible. At least, insofar as he says he’s young and healthy and not likely to become deathly ill with coronavirus.

Plus, if the restaurant reopens before he sells it all his plan is to just smoke what’s left. He says he’ll make “2-3 times” what he paid for it, which isn’t bad and presumably enough to get him through the rough patch we’re all currently experiencing. His method isn’t unlike that from “the Guy” in the HBO show High Maintenance: He discreetly gives his number to friends he knows and they can refer to him. He then delivers at a person’s house or apartment. He says he feels no problem going into someone’s abode, however. Instead, he noticed that people get spooked when he walks up behind them in the street. And the streets of New York City are especially deserted right now, so it’s an eerie situation. Before the virus hit, he was just dealing at the bar where he worked, which is hardly uncommon.

New York has been struggling to legalize marijuana, and does have a medical program but it is highly restrictive. Unlike many other states that have been adapting to changes by offering curbside or even home delivery, the city population in particular has been simply relying on quasi-legal markets and dealers to obtain their cannabis in these pandemic times. This particular black market entrepreneur has found that that method is working out nicely to keep him afloat in these uncertain times. It’s questionable whether he will remain out of the eye of authorities now that he’s published his story, but at least he’s providing what other states have deemed a necessary service — and potentially delivering needed medicine to some.