Find out which candidates back legalization, who to vote for if you’re rooting for rec, and the government’s latest moves in the cannabis marketplace with our articles focused on politics.

Ben Walker - Apr 13, 2022
1
Most tokers know and agree that baked driving is not a good idea. Your reaction times and motor skills when stoned are not at...

Ben Walker - Mar 27, 2022
0
Marijuana legalization is a good thing, and not just for stoners wanting a hassle-free smoke. Its benefits are manifold and multifaceted, from healthcare to...

Ben Walker - Feb 7, 2022
0
Following decades of cannabis prohibition in the US, it’s easy to forget how far marijuana legalization has come in a relatively short space of...

Ben Walker - Jan 8, 2022
0
It’s not just the US where marijuana legalization is taking hold. The world has become a much friendlier place for stoners in recent years. Not...

US States with Legal Weed: States Where Weed Is Legal

Ben Walker - Oct 14, 2021
0
Once upon a time, states where weed is legal were a rarity – an exception to the rule of federal prohibition. A lot has changed. In...

The Real Cost of a Marijuana Arrest

Ben Walker - Oct 12, 2021
0
No one wants to get arrested. Jail sucks, fines suck, the simple inconvenience sucks. Even a low-end bust for marijuana possession can be a... 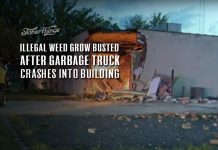 Ben Walker - Sep 20, 2021
0
“The best laid schemes of Mice and Men oft go awry, And leave us nothing but grief and pain, For promised joy!” So said Scotland’s most celebrated... 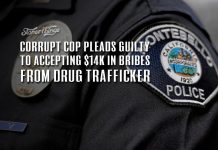 Ben Walker - Sep 17, 2021
0
A former cop in California admitted taking at least $14,000 in bribes from drug traffickers in exchange for various services that would not look...
Load more

It’s no secret marijuana reform on a federal level will change the game, and it’s a hot topic of debate in congressional hearings for good reason. State laws are all over the place, with some states honoring rec and medical marijuana while others have yet to embrace either.

Candidates’ stance on marijuana legalization and decriminalization is a huge factor in today’s elections. Flip-flopping is a serious let down for voters and advocates who believe they have support, and it seems to happen frequently, so it’s important to follow the news before casting your vote.

Criminal justice reform is another hot topic when it comes to cannabis and politics. Thousands are incarcerated or carrying records that get in the way of progressing in life for crimes that, in some states, are no longer illegal. Some leaders make advocating for these people a priority and are working to put plans in action that will relinquish past crimes and release those incarcerated for non-violent possession charges.

Here, you can stay educated before casting your vote, follow states like New York and California as their leaders pave the way to marijuana possession reform, and keep up to date on the latest bills that influence the stoner lifestyle.