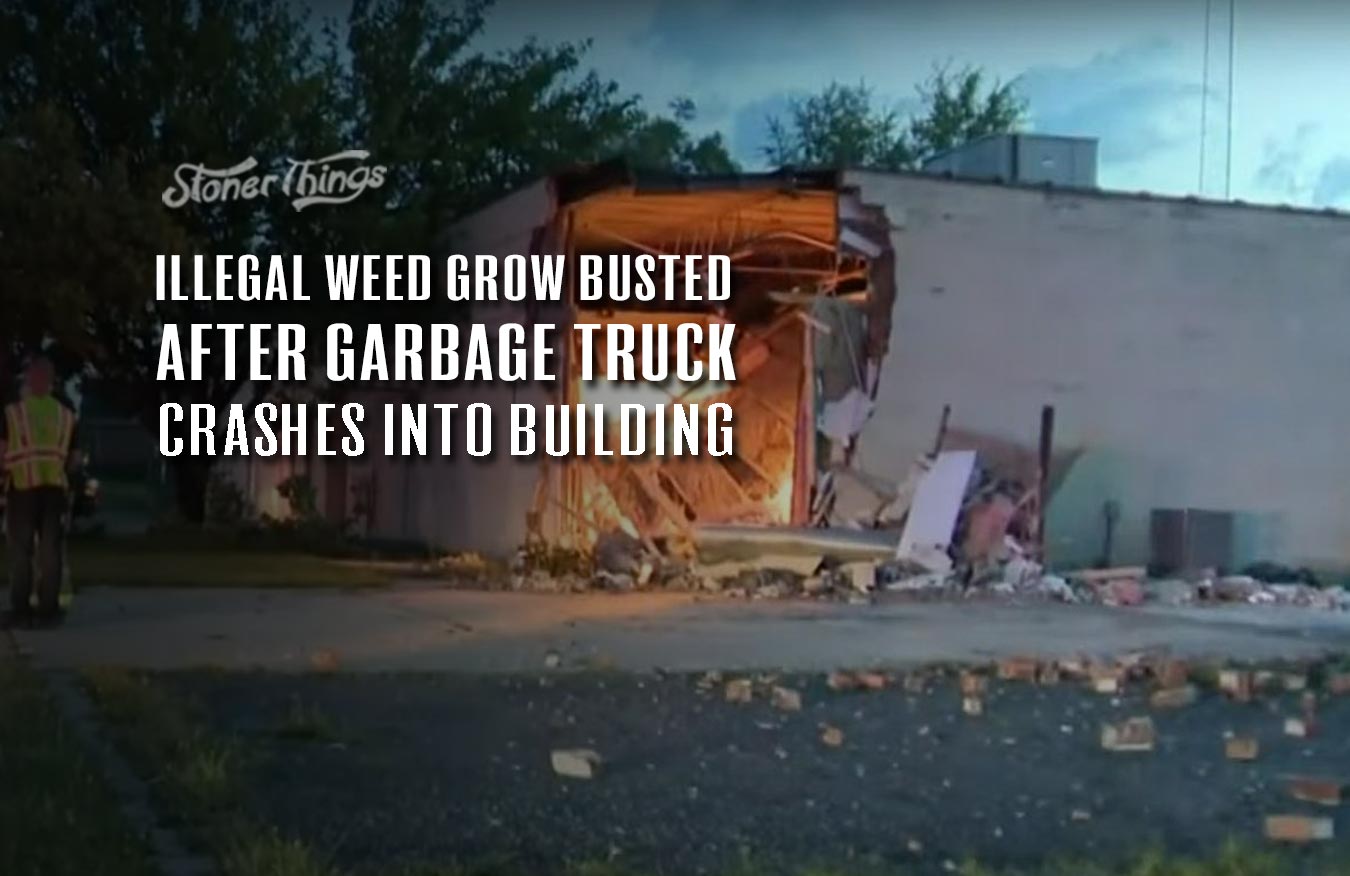 And leave us nothing but grief and pain,

So said Scotland’s most celebrated poet, Robert Burns, in a passage popularized for American audiences by John Steinbeck in his classic novel “Of Mice and Men.”

It’s a sentiment likely shared by those behind an illicit marijuana grow site in Michigan, who must have thought they had all their bases covered to avoid the attention of cops.

Little did they anticipate a 30 tonne garbage truck plowing through the side of their building, so revealing to the world an illegal pot farm.

A Sterling Heights garbage truck careened off the road after hitting a car that had run a red light at an intersection. This sent the refuse-collecting monster into a spin, careering off the road and over the median before smashing into the side of a commercial property, leaving behind a huge hole and a perfect view of dozens of cannabis plants.

Thankfully, no one was injured. But after police and firefighters arrived on the scene, the incident took a new twist as the responders realized they’d stumbled upon an illicit grow operation. Or, according to YouTube commenters at least, they weren’t so surprised since it was a carefully-crafted sting operation.

Weed has been legal in Michigan since 2018, and the first pot shops opened for business in 2019, while home growers are permitted to cultivate up to 12 plants. Individual municipalities, however, have the right to opt-out of allowing marijuana retailers and growers from operating in their jurisdictions. And unfortunately for the growers behind this doomed venture, Sterling Heights is one such municipality that voted to exercise this right.

“Growing marijuana inside a commercial building is not legal in the city of Sterling Heights,” said Sean Allen, Sterling Heights fire marshal, as reported by FOX 2 News.

The police have opened an investigation into the grow operation, but it’s likely the tip of a very large iceberg. Indeed, Allen said this incident is one of 650 illegal pot growing operations in Sterling Heights that are known to authorities this year alone.

This isn’t wholly surprising given an estimated 70 percent of all marijuana transactions in the state still take place on the black market nearly two years since retail sales began, according to an analysis commissioned by the state’s Cannabis Manufacturer’s Association. And a big part of the reason why there’s still so much illicit activity in Michigan, according to the researchers behind the analysis, is the high proportion of local jurisdictions that opted out of allowing legal weed sales. Go figure.

For now, pot growers in Michigan would be best advised to keep their grow sites to jurisdictions where it’s legal. Or to ensure they locate it on the far side of a building away from a road.