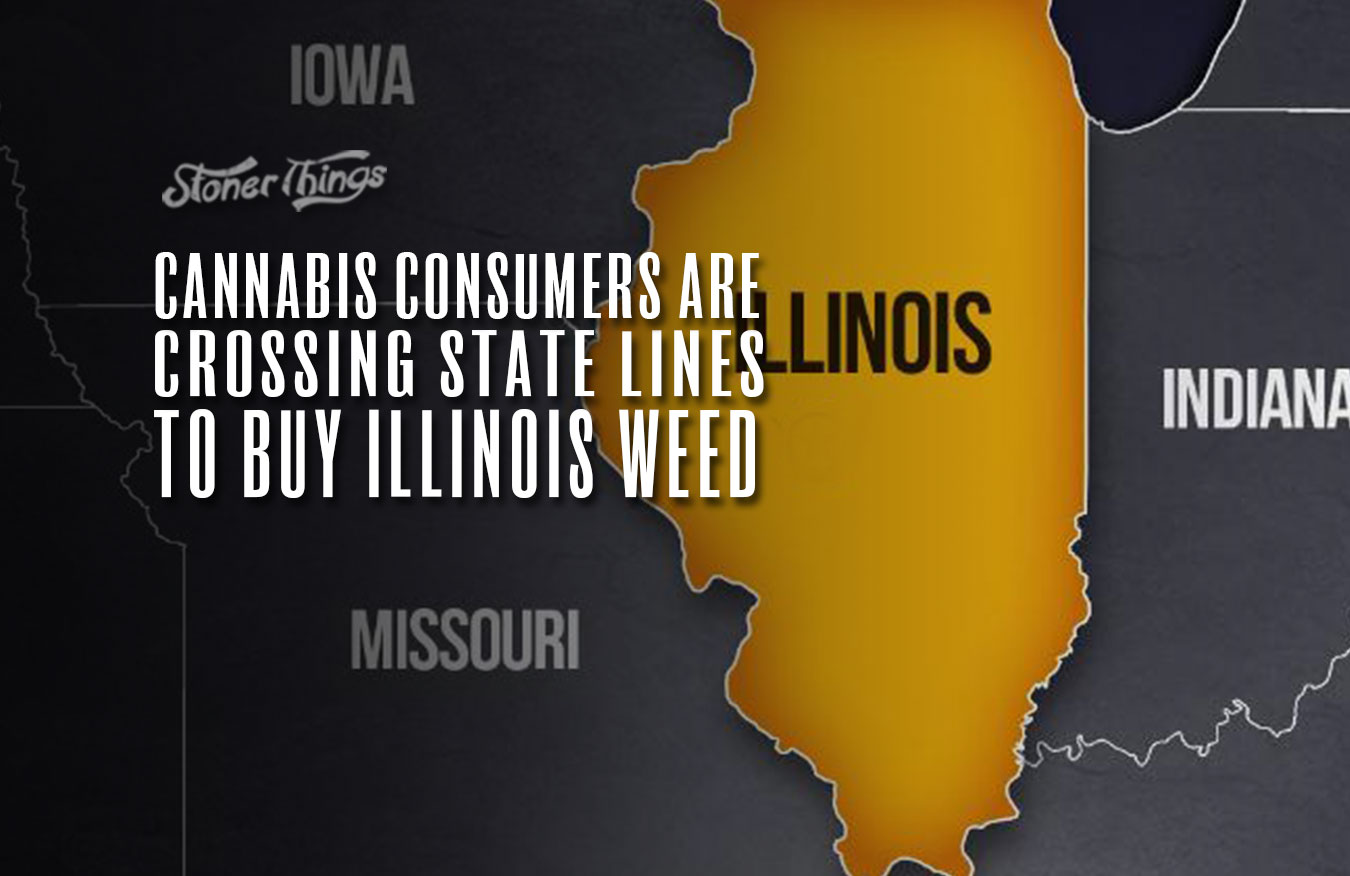 One of the unfortunate quirks in U.S. law about cannabis, considering it’s still a Schedule A drug as far as the Federal government is concerned, is that you can’t buy weed in one state and then cross state lines with it. If you do, you’re opening yourself up to being arrested and charged at the Federal level. You could incur state charges as well, depending on the state’s legal structure around legalization. For example, in a state where marijuana is legal you might get a fine for transporting across state lines. If the state hasn’t legalized, you could be fined or even go to jail. Even so, it seems cannabis customers are buying weed in Illinois and crossing state lines anyway.

Why are people driving into Illinois for weed? The state borders five others that have yet to legalize recreational pot, and probably won’t any time soon: Kentucky, Iowa, Indiana and Missouri. Michigan also borders Illinois, and also legalized recreational pot, but has had supply issues. It seems that a few shops that have opened just across the border of these states are seeing a rise in business from people out of town.

Store employees have noted people from Iowa and Wisconsin making the journey into Illinois to partake in legal herb. The town of Milan is just across the Mississippi River, easily accessible to Iowans hoping to score some weed in a dispensary. Meanwhile, a shop in Mundelein, Illinois saw a customer from Wisconsin who wanted a whole pile of cannabis products and seemed unbothered by legal practicalities. And with one store in Chicago legally selling, customers from several states appeared to buy into legal weed there.

Illinois made it legal to buy 30 grams of flower, 5 grams of concentrates, and edibles with up to 500mg of THC, but visitors from other states can only buy half of those amounts. All of this may seem difficult to regulate, of course, but it’s been reported that one person was arrested taking weed from Illinois into Indiana. It’s unfortunately a risk that some have to take because of the patchwork laws we’ve created across the country in lieu of any rational federal policy changes. Considering the highly partisan nature of the U.S. Congress at the moment, it’s highly unlikely any major legislative changes will be forthcoming any time soon.

Americans do want pot to be legal across the country, however. And practically everyone who crossed state lines in Illinois and was interviewed noted that they thought it was peculiar that this restriction still exists. After all, the Constitution specifically blocks states from regulating interstate commerce. That’s why you don’t pay import/export taxes when buying furniture in North Carolina if you live in South Carolina. Imagine having to weave a complex set of such rules between 50 states! That’s what the European Union was formed to do, and it simplified trade between the countries in the union as a result.

That Constitutional guarantee doesn’t count when it comes to marijuana, however, because it remains illegal at the Federal level. And until that changes, consumers in states around Illinois will still be taking the law into their hands if they choose to cross state lines with “legal” weed purchased in Illinois. Or Michigan, or Ohio, or any state. It’s a complicated situation for consumers and law enforcement — for now.