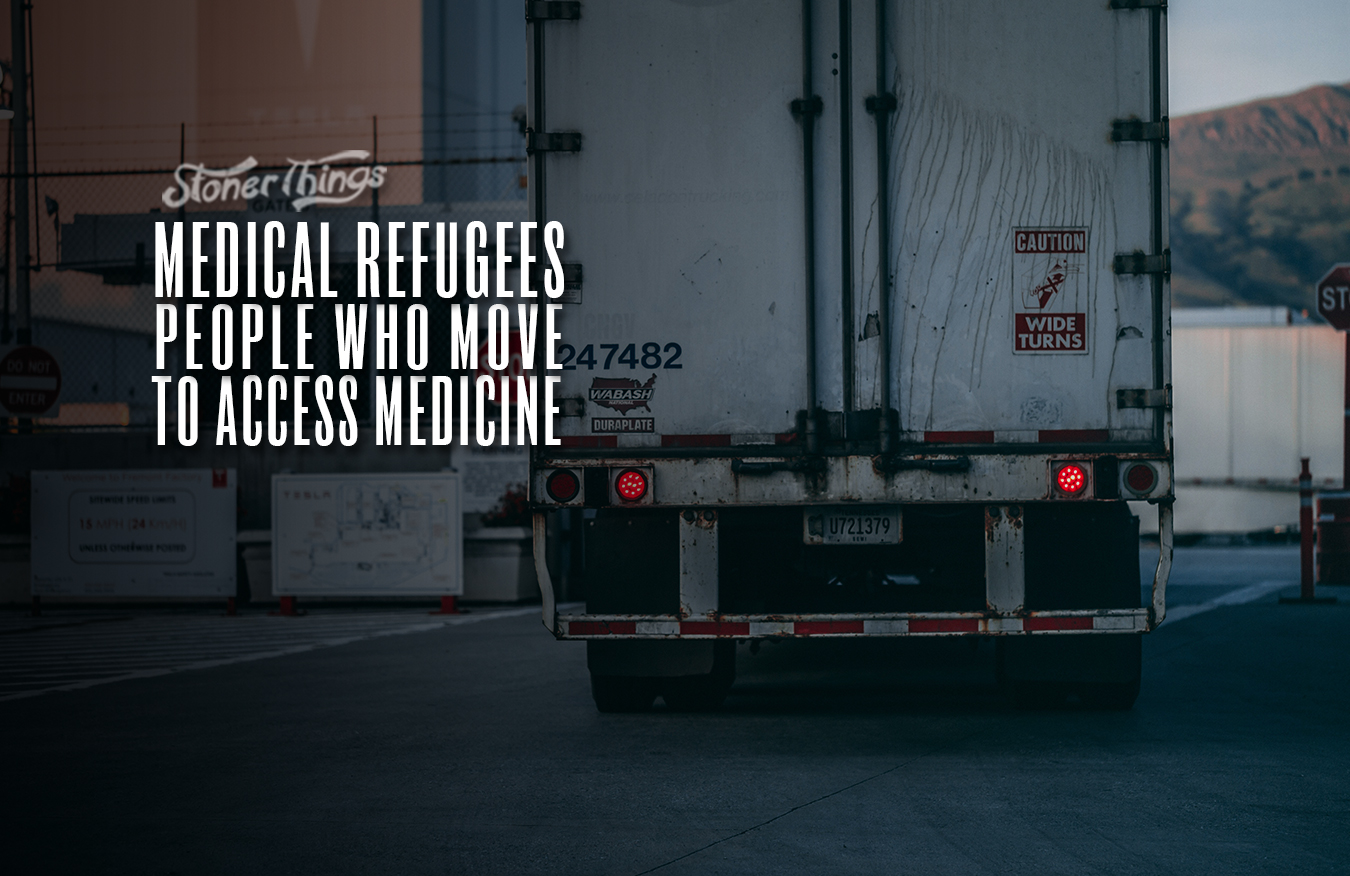 Cannabis regulation across the United States remains a patchwork of legislation. Even if it were Federally legalized, states retain the right to regulate and tax such things as they see fit. However, marijuana isn’t Federally legal. So anyone needing medical marijuana has had to move to a different state if they wanted to get their medicine. These “medical refugees” have to leave places where they have jobs, family, and friends to go to a state where — at the least — medical marijuana exists. Medical refugees aren’t a new concept, but increased access to medical marijuana has provided more options to those seeking treatment.

In 2000, Dr. Joseph Alpert wrote an article for the Journal of American Medicine titled “Medical Refugees in America.” Sixteen years later, Attn wrote about Amy Dawn Bourlon-Hilterbran, the founder of American Medical Refugees. The article notes many such refugees who traveled to Colorado, one of the first states to allow medical marijuana. Families from Florida, Texas, Indiana, and even Ireland had all moved to Colorado to treat their children as a last resort. The state recently saw cannabis sales over $6 billion.

While it’s good news that more states are making this medicine available, it’s important to note that medical insurers are slow to adopt cannabis treatments. This presents a challenge to access to healthcare options that is rarer than most treatments. Even in states where cannabis is legal, patients might delay treatment because they can’t afford it. But if you add the cost of medicine plus having to move your family to another state, the cost of treatment goes up an order of magnitude.

The better news might be that over half the country has already legalized medical marijuana. Over 90% of the country believes cannabis should be legal for medical purposes. It’s inevitable that other states will eventually legalize for medical purposes. As one example, Tennessee has tried several times in the past few years to create a framework for medical marijuana. Each time it’s gotten closer to passing, but failed in a key committee. What’s telling is that as experiences of family in states where medical pot is legal makes its way to family in states where it isn’t, sentiment is changing. That’s exactly what happened in Tennessee.

The state of Tennessee is plagued by opioid abuse, and state leaders have debated at length about what to do to fix the problem. Former State Speaker of the House Beth Harwell was one of them. Meanwhile, her sister was also worrying about opioids, but for another reason. She had injured her back doing yoga and was prescribed pills. Since she lives in Colorado, she tried cannabis instead. In an interview, Harwell admitted it was a viable remedy for pain for some people.

So how many people are moving for medical marijuana? One study put the rate of people moving to Colorado because of legalization at around 3% in 2015. Rates have varied, but it’s clear thousands moved there as other states passed similar laws. Meanwhile, some families return to their home states and continue to take legal risks to help treat their loved ones.