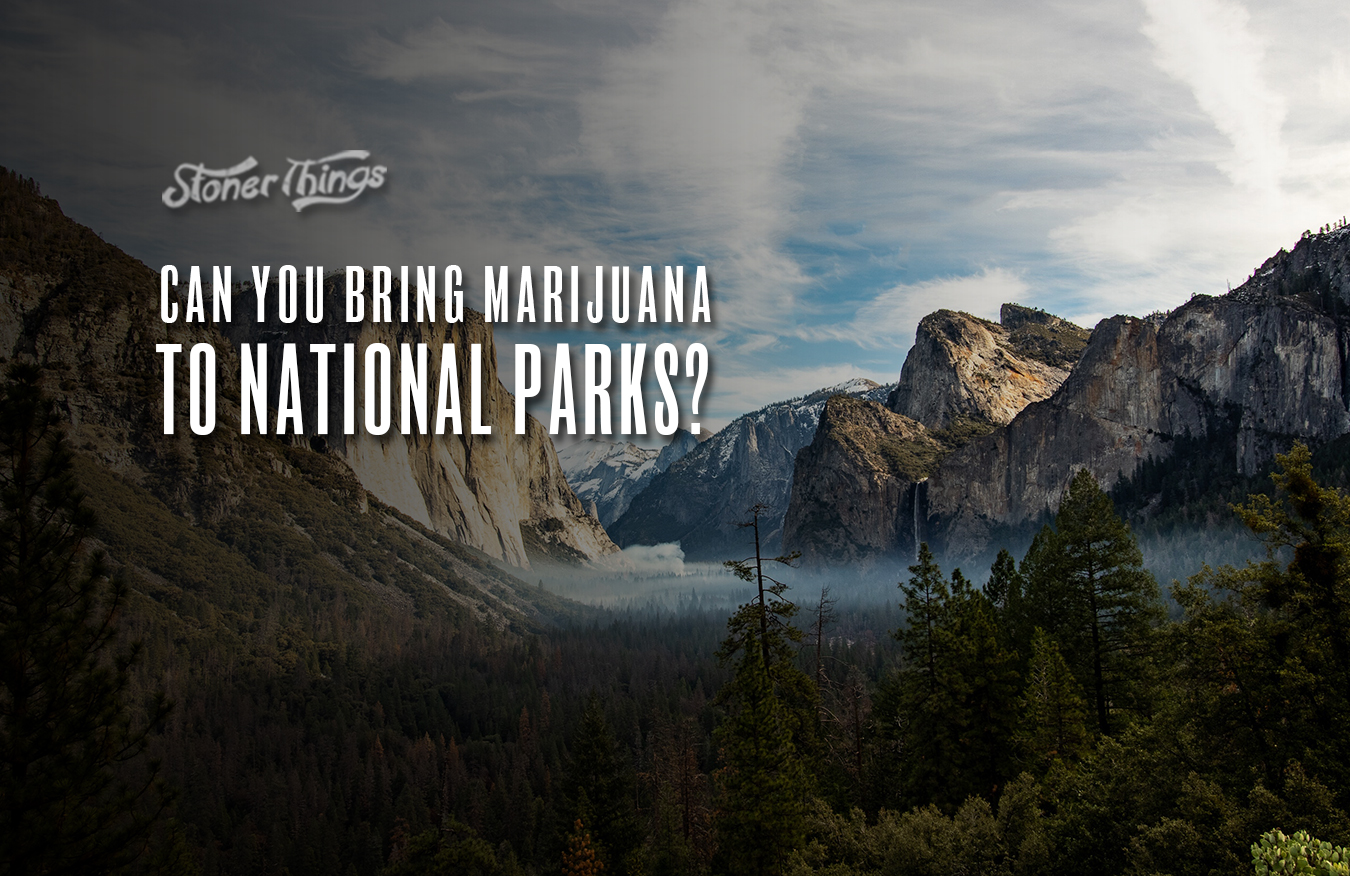 Enjoying the outdoors is a welcome relief for anyone who gets exhausted by hectic, noisy urban life. Going to a national park is both relaxing and often inspiring, like visiting El Capitan or the Grand Canyon, or hiking the Appalachian Trail. While marijuana is legal in some states, federally-managed parks are a different beast. What if you get caught sneaking a toke in a National Park? Here are some things to consider before packing your bowls in addition to your sleeping bags.

Federal parks are subject to federal jurisdiction, which supersedes state laws. That means instead of enjoying legal weed, you’re violating the federal rules around marijuana, which are still stuck in the stone ages. So technically, bringing cannabis into national parks is a huge risk. Not only does the federal government have more resources to prosecute, they can also require you to adhere to federal restrictions that overtake the state — including but not limited to fines, incarceration, or probation that involves drug testing until your sentence is over. One hopes that never happens, but what if it does?

If you do choose to bring marijuana to a national park and get caught, you should know that probation would involve checking in with the state, drug testing, etc. for months on end. Also, fines range from $200-800. So what can you do to avoid all this hassle?

First, you can say NO to car searches. Demand a warrant if they claim to have probable cause. Since most people are caught from the smell, use edibles or vaporizers. Don’t keep your weed in the glove box with your insurance or ID, keep it locked up tight (finally a reason to use those fake can safes!). And if you have alcohol as well, keep it in the cooler. Anything that gives park officials reasons to hassle you is to be avoided. Finally, if you plan to keep smoking for medicinal or other reasons, don’t agree to probation. Failing a drug test means getting into more trouble, compounding the issue further.

Ideally you won’t be hassled, but the only way to be 100% safe from that is to just go empty-handed if you’re in a federally-run park like Yellowstone, the Great Smoky Mountains, or many others. You can do a quick search online to see what’s a state park versus federal, but of course you could still be hassled by low-level rangers at a state park as well (as laws vary). Until there’s a nationwide reconsideration of cannabis laws, you’re putting yourself at risk taking it into the parks this summer. Know your rights, keep the number of a savvy attorney in hand, and take the above precautions if you do choose to carry while you camp. Meanwhile, enjoy the great outdoors!