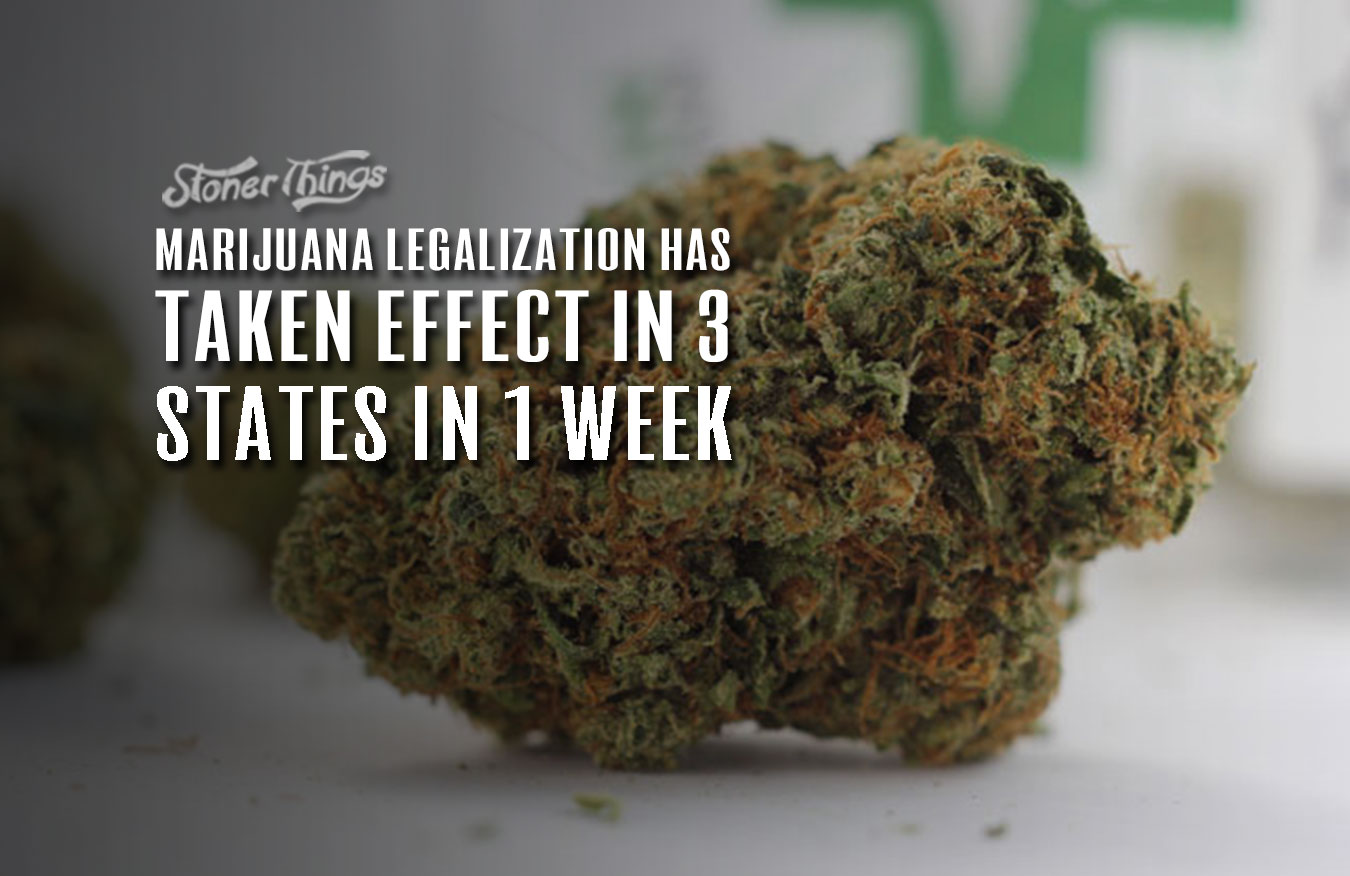 Three new states have officially joined the marijuana legalization club in the US. Connecticut, New Mexico and Virginia all passed bills earlier this year to legalize pot and all three measures are now in effect.

This means five states have approved the measure this year alone, with New York and New Jersey legalizing weed in March and February, respectively, bringing the total number of states that now permit adult-use cannabis to 18. Put another way, around 145 million Americans – 44 percent of the country – now live in a jurisdiction where adults can legally possess and use weed. If there’s a tipping point for federal cannabis reform, we’re fast approaching it. Or maybe we already have.

“Legalization is now a reality for nearly one-half of the US population,” said NORML’s Executive Director Erik Altieri. “As more jurisdictions continue to enact these common-sense regulatory policies, it is imperative that Congress quits stalling and amends federal law in a manner that addresses this state/federal divide and respects the will of the voters in these growing number of states.”

Connecticut’s cannabis law change took effect on July 1, 2021. Adults can now possess up to 1.5 ounces of pot, and its equivalent in concentrates, without the threat of law enforcement shaking them down. The same legislation provides for automatic review and expungement of low-level pot convictions as well as the establishment of a legal weed industry, which isn’t expected to launch till next year. Connecticut tokers will, unfortunately, also have to wait until they can legally grow their own plants at home, with provisions allowing for this not due to take effect until 2023.

Virginia’s marijuana legalization law also took effect on July 1, 2021, with the state the first in the South to enact the reform. Adults are now permitted to possess up to one ounce of weed and grow up to a maximum of four plants per household. What’s more, Virginia now boasts the most lenient pot possession laws in the country, with amounts between one ounce and one pound treated as a misdemeanor subject to a maximum $25 fine. Virginians will have to wait quite some time till they can legally buy pot, however, with the new industry slated for a start date of January 1, 2024.

New Mexico’s new weed law came into force a few days before Connecticut and Virginia’s. Since June 29, 2021, adults can possess up to two ounces of pot and grow up to six plants at home, with legal sales of marijuana set to begin early next year. New Mexico lawmakers also approved a companion bill to the one legalizing pot in a special legislative session that will expedite expungement of prior pot-related convictions.

As for New York and New Jersey, the former allows adults to possess up to three ounces of marijuana, the latter up to six ounces, with both looking to start legal sales of weed as soon as possible next year. With Montana and Vermont also due to muscle in on the recreational pot industry next year, 2022 is shaping up for a massive expansion of the US’s legal marijuana market. How much longer can the federal government ignore what’s happening?