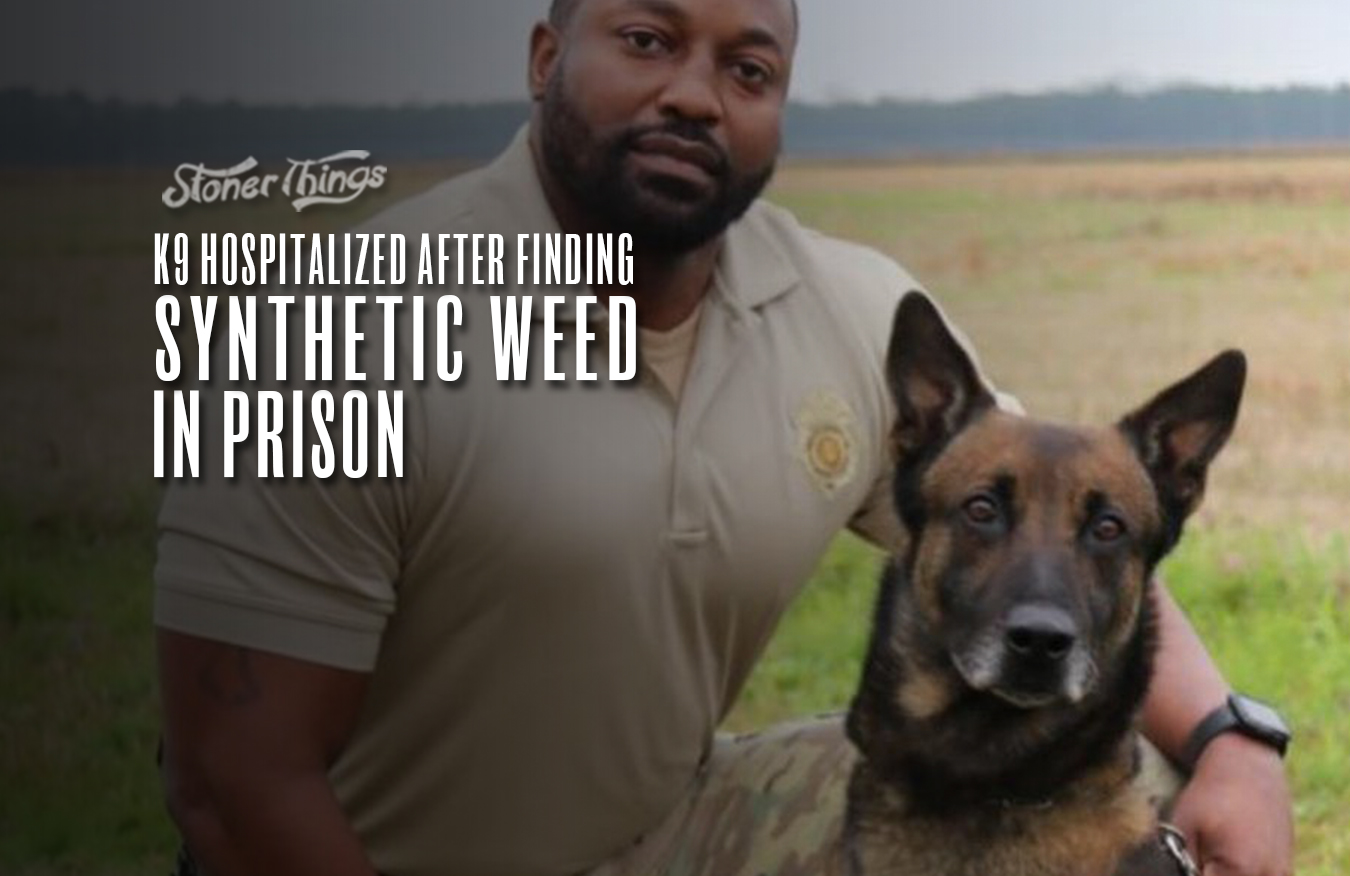 Synthetic weed has been a scourge for a while now, causing thousands of emergency room visits just a few years ago. A resurgence in the “drug” sometimes called spice, continues to cause problems even in states where marijuana is legal. Part of the problem is the chemical stew that comprises these synthetics, and it’s that variety that makes cracking down on usage problematic. Synthetic weed seems to be particularly popular in prisons, as the powder is much easier to stash. Sadly, it should come as no surprise that K-9 units that sniff for contraband can be exposed to the chemicals as part of their service. That’s exactly what happened to one dog in an Alabama prison just last month.

The news site Alabama.com reports that Jake, a prison K-9 part of a team searching prison cells for contraband, “hit” on the smell of the drug and soon thereafter became unconscious. He was treated on site with CPR and an IV, and seemed to be making a recovery for a bit. A HazMat team identified the substance as synthetic marijuana, and it would seem a particularly toxic stew at that. Just as it seemed Jake would pull through, he died soon after when he developed pneumonia.

While law enforcement officials may lump marijuana together with its impure synthetic, medical professionals say the fake stuff is actually dangerous. It’s a wonder how it came to market to begin with, but it’s not limited to states like Alabama where prohibition is still in full swing. The stuff, also known at K2, first appeared in Europe in the mid-2000’s, before making its way to America where the FDA enacted emergency powers to try and stop it. But much like the chemical variants of cocaine in the 1980’s that were developed to circumvent laws written to a specific chemical makeup, variations in the synthetic mix proved difficult to prohibit. A Denver smoke shop has a good writeup of what to look for if you’re concerned what you’re getting is a synthetic. It’s really not hard to tell, but customers new to the cannabis scene could make a fatal mistake without knowing it. If it’s impacting people in Denver, just imagine how prevalent it could be in less enlightened states.

In the end, tragedies involving humans and canines will perhaps spur legislators to comprehend that prohibition will lead to considerably more outrageous tactics by dealers looking to amp up their sales. While legalization obviously isn’t the magic bullet to solving these problems, it can help focus law enforcement on actual dangerous chemicals and provides a safer method of buying cannabis (via dispensaries) than the alternative.