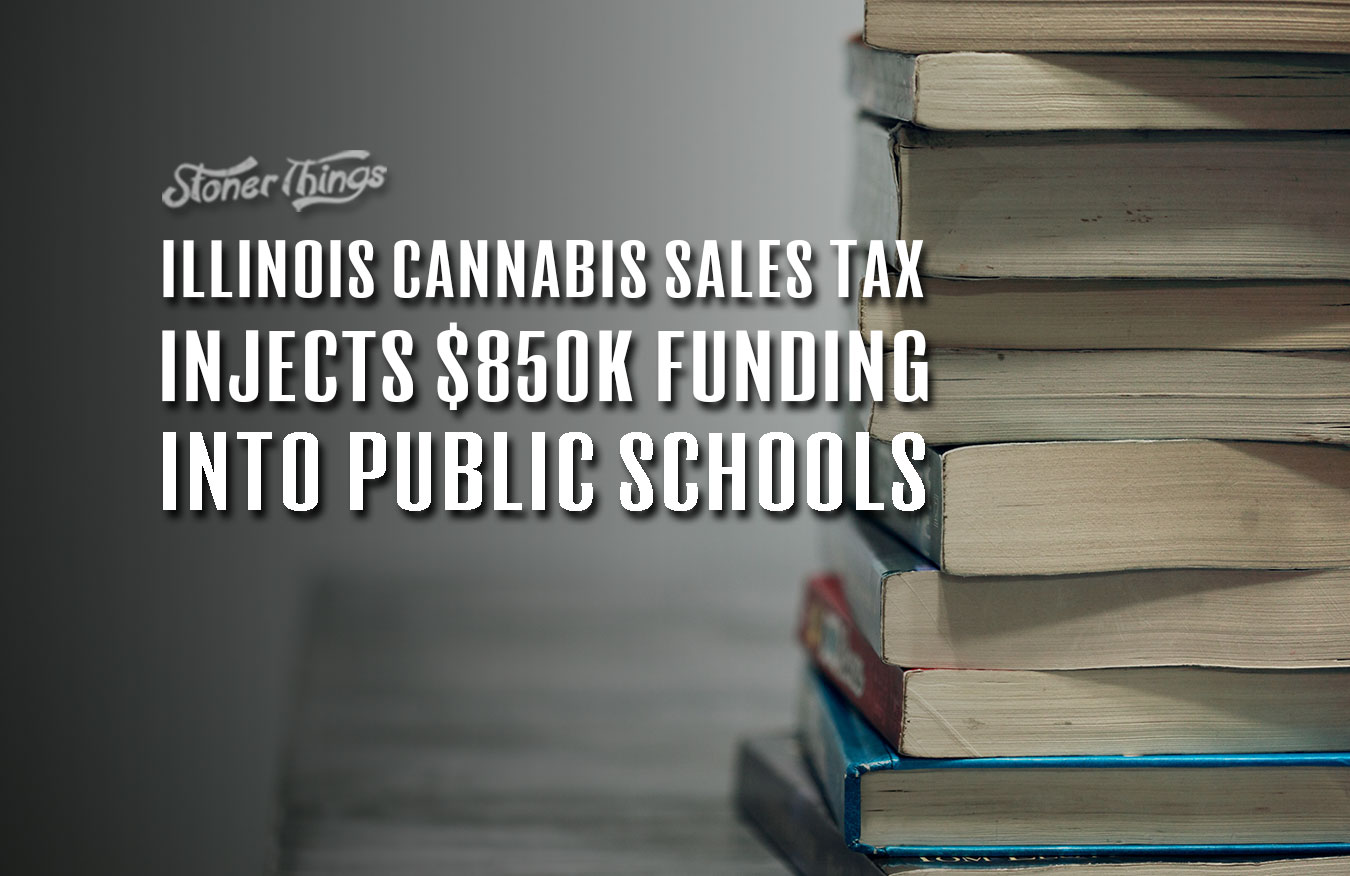 In the past, legislators who drafted legislation to levy taxes on things like alcohol and tobacco wouldn’t always earmark those funds for other programs that might benefit the community, like schools or even anti-smoking campaigns. Rather, the taxes tended to go into general funds and be proportioned out just like anything else. However, in recent decades there’s been a push to connect so-called “sin taxes” with specific programs. This may be done for a number of reasons, like justice reform, but is also done to help pass legalization. In Illinois, it may have worked as the cannabis tax levied on legal weed sales has apparently funded schools to the tune of $850,000.

That’s right, Illinois, the eleventh state to legalize pot, saw more than a billion in sales in its first year of legal weed — chances are good that number will increase over time, too. The state has a range of spending plans with cannabis revenue, as detailed by The Civic Federation here. Like many states before it, there are programs designed to expunge records of those busted for pot before it was legalized, and defray the administrative costs of running the various programs.

However, in one example of how these funds are being applied, Dope Magazine reports that $858,699 in cannabis sales tax revenues were given to Peoria Public Schools.

Legal weed in Illinois has been a huge hit, no pun intended, and as we reported, customers were coming in from surrounding states to buy, and there was a brief shortage as the program ramped up. All of those sales clearly added up, and the schools and justice programs are the beneficiaries.

However, there have been some problems with the programs, as there were early applicants who were denied by the program. As the Chicago Tribune reported in 2020, Cannafem was a startup created by three black women, and despite spending thousands to earn a license to sell, were denied. In theory, this is exactly the type of business that should have been approved to provide relief for the inequities of the Drug War. As black communities were over-policed and over-enforced, the Illinois “R3” program, named for “restore, reinvest, renew,” were supposed to make up for these injustices with special programs to break the predominately white-owned cannabis company patterns that have emerged in the wake of legalization programs.

Even so, there’s hope that legislators can work to fix problems with the program, and accelerate the progress and revenues made by selling legal weed. Those revenues are already hard at work, on programs for mental health, addiction, and reproductive health.