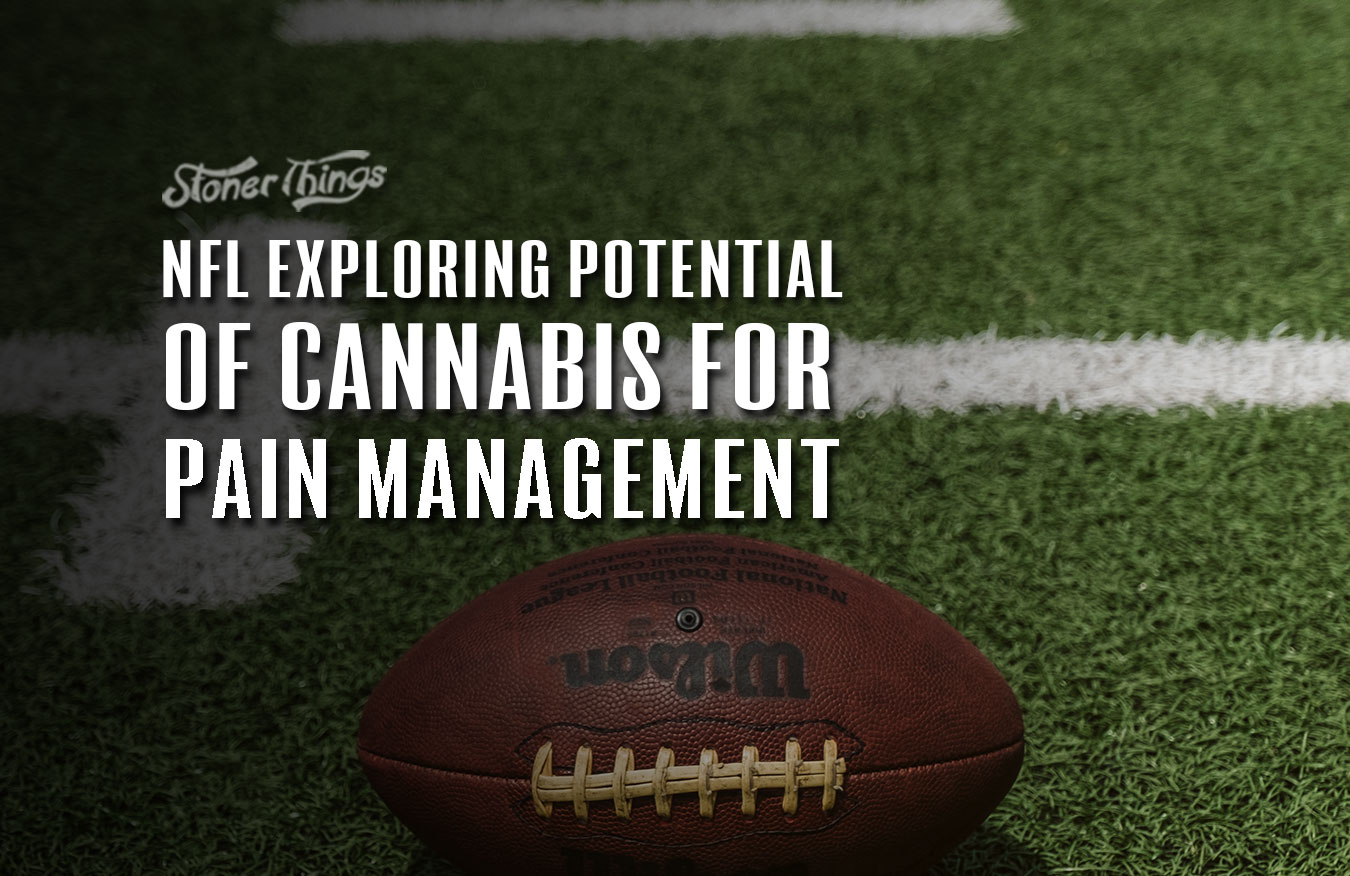 Sports franchises have rarely smiled upon drug use. Even drugs that enhance our bodies — albeit in unhealthy ways — have been banned from major sports leagues. Of course, cannabis was thrown into the “drugs are bad” bucket long ago, and it’s only been very recently that sports leagues in the U.S. have reconsidered their policies on this specific drug. Why? It’s mostly because with more states legalizing, there’s been a flood of new research and findings into the health benefits of cannabis. Turns out it could be just the thing to help manage pain for pro football players, which is why the NFL is considering allowing it for just that.

Obviously, in years past the National Football League took a firm stance against any sort of illegal drug use. Once hemp was Federally legal, however, the organization began to consider alternatives to pills, as opioids have wrought far more damage than smoking weed. However, the organization is concerned about performance issues, among other things. So it has decided to study the issue more before making sweeping policy changes.

In fact, the group hasn’t started studying anything, but issued a press release stating it was seeking researchers who could assist it in determining the efficacy of cannabis treatments for pain. Hopefully the league found the people it needs, because cannabis, with either CBD and THC, is actually very effective for pain. It is specifically effective with the types of pains likely to be felt by pro ball players, too. Most cannabis strains help reduce inflammation, which is what causes a good deal of discomfort and pain in joints (the ones in your body, not the ones you smoke). The body’s joints are enduring incredible stresses during sports, and pro sports are especially tough on the body. Thus, in years past the league has had to contend with pain pills as a specific problem for some players.

Like much of the medical cannabis push, it’s an alternative to big pharmaceutical solutions to problems. Hopefully, the NFL will realize how far research has gotten already, and make a determination relatively quickly. Considering how long cannabis has been legal in some states, it’s unfortunate the league didn’t start researching this sooner. Still, better late than never, and it could be changing in light of a possible Federal legalization effort currently working its way through both chambers of Congress.

Of course, even if weed is legal across the land the NFL can make its own rules. Obviously it has billions on the line and can’t afford to fumble policies that are well-intentioned for its players. Even so, there’s decades of evidence now pointing to the efficacy of CBD and THC cannabis products and pain management, among other medical benefits. It’s largely the reason so many states have legalized, as there are more with medical pot than recreational. The NFL, however, does have a specific set of needs and is wise to make a full investigation of the evidence. This could even be used to sway those Congress critters into passing sensible legislation finally legalizing something that could be helping millions of Americans.