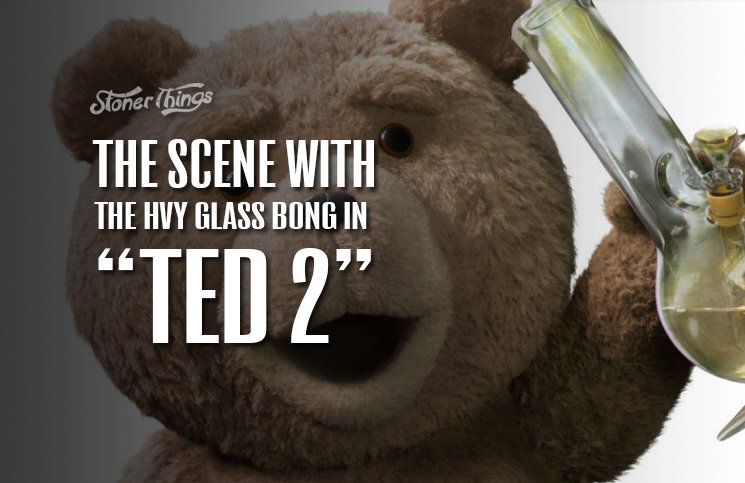 First of all, let me start by saying if you haven’t already watched both installments of the Ted movie series, this article contains some real spoilers. After a successful launch of the first part of this movie, Seth MacFarlane decided that the world wanted another. 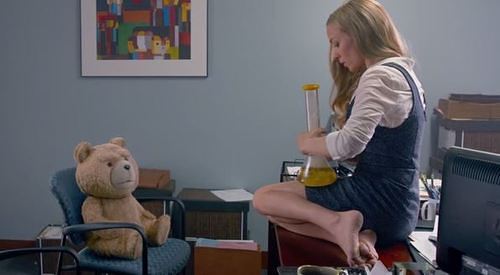 After we learned the whole story about Ted and his human buddy John in the first movie, the sequel had to take a different angle. After Ted hooks up with Tami-Lynn, the two lovebirds decide to get hitched and have a baby. One problem becomes apparent though; Ted is is not recognized as ‘human’ in a court of law, and is consequently denied the right to parent a child. Ted and his best bud John (Mark Wahlberg) set out on a mission to change this.

Ted 2 is jam-packed with hilarious scenes, with weed references throughout. One scene in particular had me in stitches.

Lawyer Samantha Jackson (Amanda Seyfried) is sitting in her office with Ted and John, discussing their legal issues. The two buddies are initially a little apprehensive about the lack of experience that the 26-year-old lawyer has behind her. However, this uncertainty goes straight out the window the moment Samantha pulls out a HVY Glass bong and takes a massive pull.

Samantha quickly explains that she smokes pot to help her deal with migraines, and it quickly becomes clear that Ted and John are not the slightest bit phased about her marijuana use, and are in fact more interested in trying out her bud. Ted and John love to smoke and get high, so they are only too happy to work with a lawyer who shares their passion.

Samantha comes out with one of the best lines in the movie at this point. When Ted questions that Samantha, a lawyer, is getting high, instead of “fighting the war on drugs”, her response is pretty spot on:

“Please, the war on drugs is a joke. It’s just a way for the government to inflate law enforcement budgets and lock up minorities for no good legal reason. And you, my friend (Ted), are a minority.”

Here is a censored version of the scene on YouTube. The part when she actually takes a rip of the bong has been removed, but you can see the HVY Glass bong sitting on her desk in the second half of the clip.