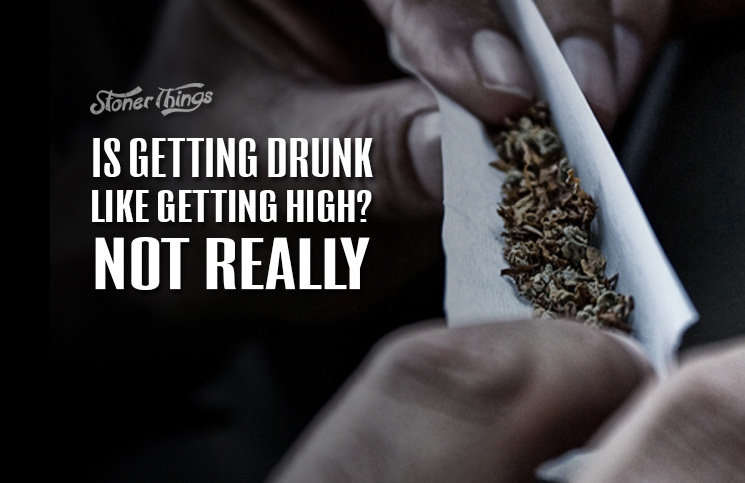 So which is worse, getting drunk or getting high?

“Worse,” of course, is a loaded term. If the timing is right and you’re responsible enough a person, a little intoxication can be good for the soul. But which makes you more impaired? A new study aimed to answer that question.

The study was published in the journal Psychopharmacology in July. It was a controlled trial, meaning scientists compared results from three groups of participants: heavy drinkers, heavy pot smokers, and people who don’t use much of either. The drinkers got drunk, the tokers got high, and the abstainers stayed sober. 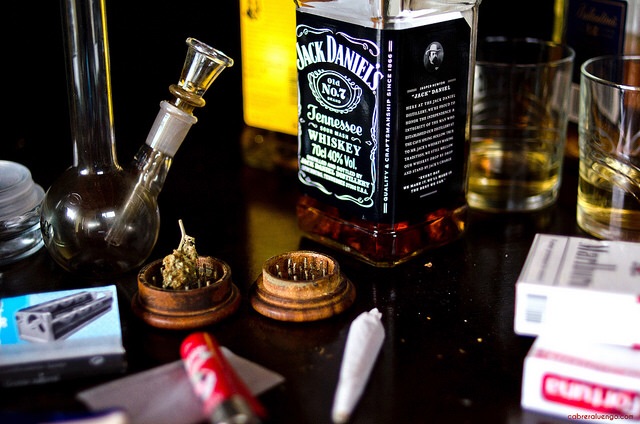 Once the drinkers reached a blood alcohol content of 0.08, the legal limit for driving in every U.S. jurisdiction, researchers subjected them to a series of tests. Marijuana users took the same tests after consuming 300 micrograms of THC per kilogram of body weight via a vaporizer, while the other volunteers (the “control” group) took the tests sober.

The tests were designed to agitate the subjects. One, the “single category implicit association test,” asked participants to pair positive and negative words with photos of aggressive behavior. In another, subjects were told they were playing a computer game against a human opponent when in fact the opponent was a computer.

Impact of drugs on aggression

After the tests, respondents were asked how aggressive they felt on a 100-point scale. The two study groups – drinkers and tokers – took the tests a second time a week later, sober, as a further means of controlling the study for outside influences.

The study concluded that “alcohol intoxication increased subjective aggression in the alcohol group,” meaning the drinkers became noticeably more aggressive while consuming alcohol. The pot smokers, on the other hand, became less aggressive. That fits with what almost any stoner would say about marijuana use.

Indeed, cannabis is known to be a deeply relaxing drug. It is almost never linked to violence, and some science suggests it may actually be helpful in reducing domestic violence.

These test results also match answers test subjects gave on a series of self-assessments: The drinkers rated themselves as more aggressive when drunk, while the marijuana users rated themselves as less aggressive. The tests showed similar results; for example, the drinkers worked harder to win the computer game while drunk, while the potheads actually let up on the competition.

The study’s conclusions are little surprise. It is common knowledge that alcohol is much more dangerous than cannabis in almost every way. It’s impossible to die from a marijuana overdose, while alcohol poisoning is frequently fatal. Even a lifetime of heavy pot smoking carries little risk of serious medical problems, while booze causes liver failure, pancreatitis, and dementia, among other diseases. Alcohol contributes to thousands of highway fatalities each year, far more than marijuana.

Tell us: Would you rather be drunk or high right now? Why? Comment below.