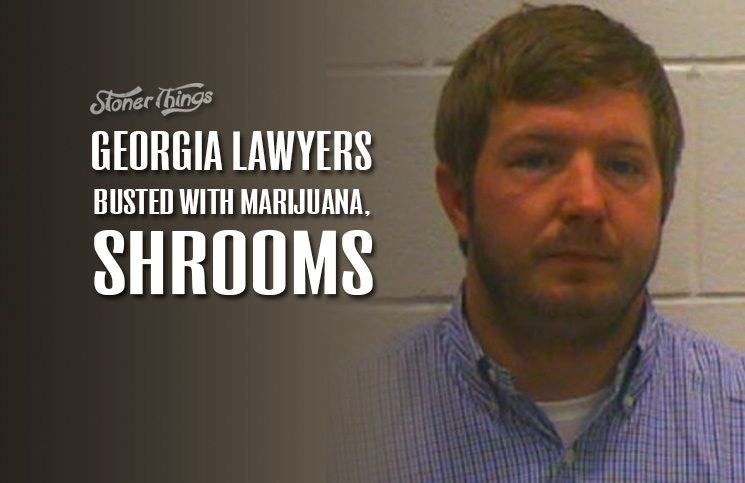 Police in Georgia raided the offices of a local attorney in late March and arrested him on marijuana charges, authorities said.

Athens is in the northeast part of Georgia, near Atlanta. Hardy’s law offices are located in downtown Athens. Police raided the offices March 30 after allegedly smelling burning cannabis wafting through an open window.

The officers walked into the firm and encountered Hardy with a woman and another attorney, Warren Kennedy Abel. Hardy was allegedly holding a pot pipe, with a grinder and a package of cigars nearby. Police said they found what appeared to be “remnants of tobacco and suspected marijuana” on the desk where Abel was sitting. The 26-year-old woman was sitting at the same desk.

When one of the officers asked Abel if there was any more cannabis in the office, he said there was not. But he wouldn’t allow the officers to search the property without a warrant, a position almost any lawyer would take.

The officers then ran a background check on the three people and found a warrant for Hardy’s arrest issued by the nearby Eatonton Police Department. The warrant stemmed from charges of speeding and driving on a suspended license; Hardy allegedly failed to appear for a court hearing on the charges.

Police let Abel and the woman leave while they waited for a search warrant. Once they had the warrant, authorities said, they found a plastic bag in Abel’s desk that apparently contained marijuana and rolling papers. They also allegedly found a bag of hallucinogenic mushrooms.

Athens-Clarke County police arrested Hardy on the outstanding warrant and sent the alleged drugs to a crime lab, authorities said. Hardy was booked at a local jail and later arrested again by Eatonton police.

It’s relatively unusual, though not unheard of, for practicing lawyers to get busted with drugs while using them in a law office. Georgia has particularly harsh penalties for marijuana possession and for possession of shrooms, and both Hardy and Abel could be disbarred.

Possession of less than an ounce of cannabis is a misdemeanor punishable by up to one year in jail and $1,000 in fines. Possession of any amount of magic mushrooms, meanwhile, is a felony with a sentence of at least two years in prison and as many as 15.