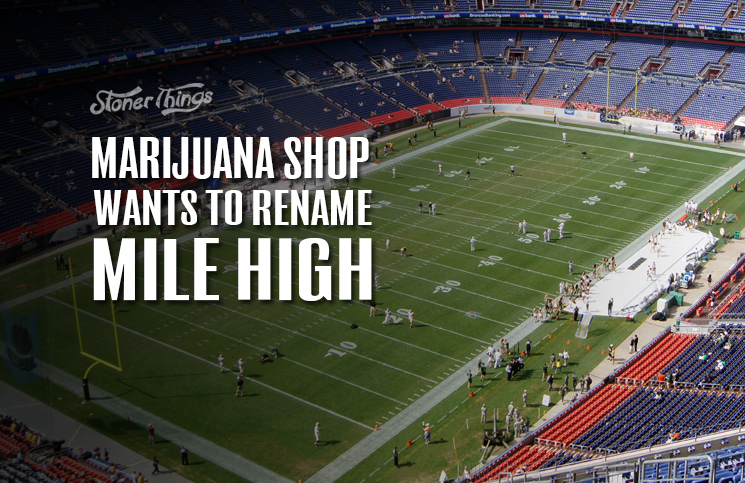 Native Roots, a popular chain of pot shops, announced their hopes to secure naming rights to the stadium in a press release that went out April 1. But owners of the shops insisted the effort is no prank. 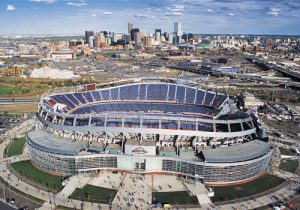 “No, this is not an April Fool’s joke,” said Rhett Jordan, a founding partner of the Denver dispensaries. “We have a ton of pride in the Broncos, we’re a large corporation in Colorado just like a Coors Light or a Sports Authority.”

Sports Authority’s ownership of naming rights has come into question as recent financial troubles may prevent the company from making future payments. That has led to some debate over what the new name should be if Sports Authority backs out of its contract.

One proposal, pushed by former Denver Mayor Wellington Webb, would simply return the home of the Broncos to the name everyone already uses: Mile High Stadium. That would make the arena a civic property once again.

The move by Native Roots is bold, he said, and will likely win some hometown support. But it probably won’t come to pass, he said.

“Locally grown, ahead of the curve, I thought it was a gutsy move on their part,” Webb said. “But my preference would still be that it would be called Mile High Stadium, so I don’t think we should be naming the stadium after a dispensary.” 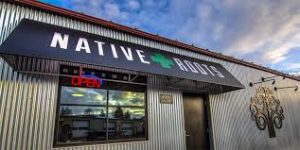 The Sports Authority contract is still in force, a spokesperson for the Broncos said. Both sides hope to resolve the financial difficulties before the next payment comes due, the spokesperson said, so it’s too early to speculate on any replacement – including Native Roots.

But Jordan said his shops are breaking new ground, and could open the door to a unique way of naming large corporate facilities.

“We’re a cannabis company and no one has ever done anything like this in the cannabis sector,” Jordan said.

NFL officials didn’t immediately comment on the proposal, though the league’s total ban on marijuana use by players would suggest the league is unlikely to back the idea.

What do you think? Will Native Roots get its name on Mile High Stadium? Is it a good idea? Comment below.