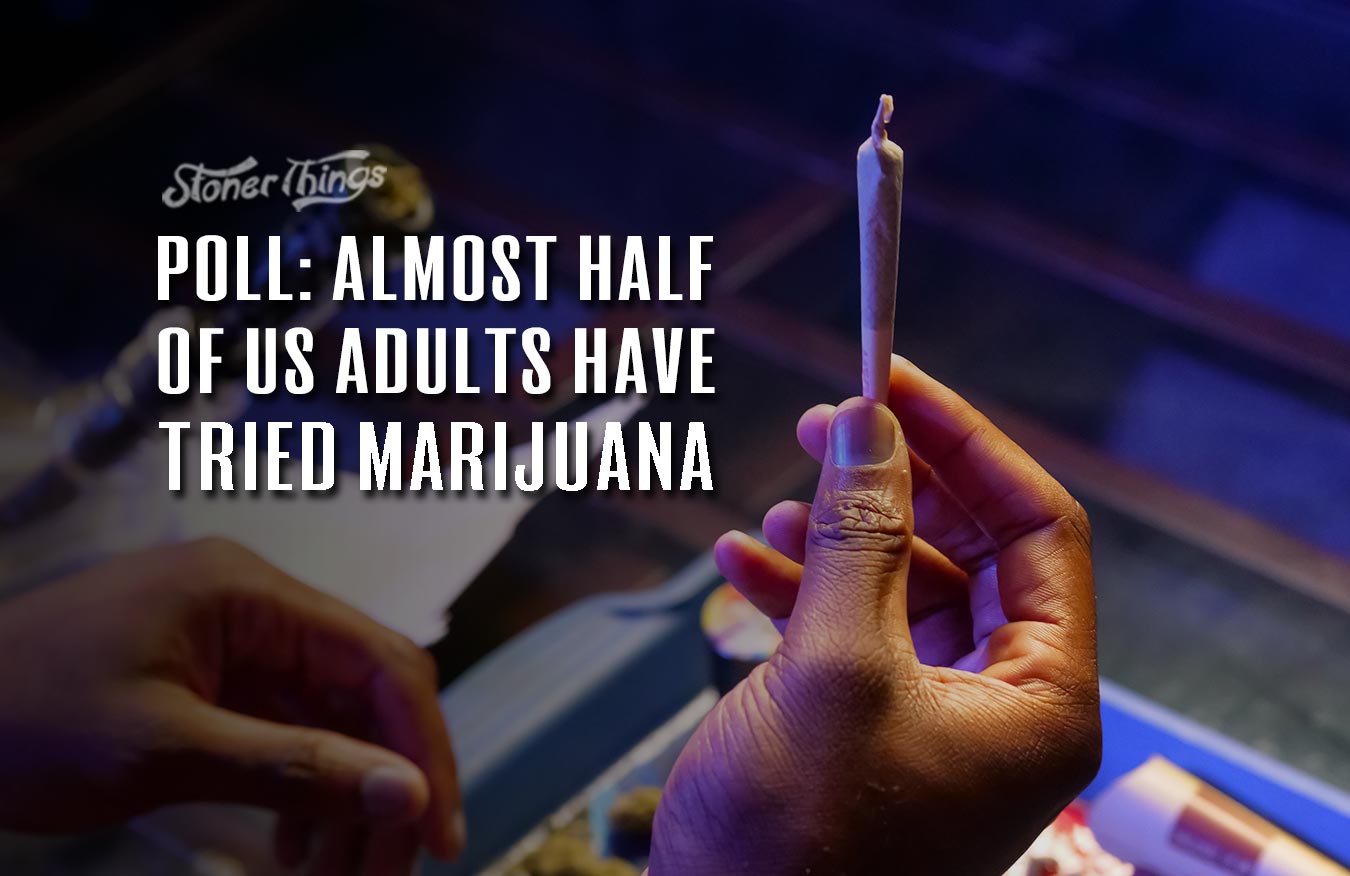 You may have heard, “everybody does it” at some point in your life, but was that claim backed up by data? Now we have a better idea of just how many people have actually tried weed. While not 100 percent of the U.S. has tried it, a whopping 49 percent have, at some point, tried marijuana. That’s according to a Gallup poll, one of the most trusted names in the survey business.

The survey divides up the data in a number of interesting ways, too. For example, over 50 years ago, only four percent of adults said they had tried pot. Fast forward to the late 1970’s, and that number goes over 20% for the first time. Then, in the 1980’s, around 30%, but it didn’t hit 40% until 2015. This is not only a sign of more legalization, but also a shift in attitudes after years of programs like D.A.R.E. attempted to paint marijuana with the same brush as pills, heroin, and crack. It obviously didn’t work. Some point to programs like that as actually being counter-productive, inadvertently introducing young kids to all sorts of drugs. When they got a little older, they were more likely to try them!

Still, just around 12 percent of adults say they “smoke pot,” and that number has been relatively steady for almost a decade — creeping up from seven percent in 2013. In terms of generational use, baby boomers, GenX, and Millennials share a common theme: almost half of them have tried pot at some point. In fact, that’s 50% for Boomers, 49 for GenX and 51% for Millennials. Trying pot is a bit different than regular use, of course.

Gallup is quick to point out that what we’re seeing is more of a shift due to younger people “replacing” the “Traditionalists” — an older generation that saw weed as a criminal endeavor, or patently unhealthy. These were people who grew up with the racist policies and notions propagated by the initial push to make pot illegal in the U.S. It worked, for a time, but like D.A.R.E., as kids who grew up hearing their parents talk about pot like it would turn you into a zombie actually went into the world (Vietnam, Woodstock, college, etc.) and tried it, they realized the claims were baloney.

NORML points out that 70 percent of Americans see pot as “morally acceptable” and 68 percent believe it should be legal. That data is from earlier polls, but it again shows that there is increasing support for legalization and a more tolerant attitude overall in the U.S. Will it move the needle at the Federal level? It might, but the details of nationwide legalization remain murky, as Congress has numerous emergencies and other priorities. Unfortunately, Federal legalization arrived on the desks of elected officials at a time when Congress is more polarized than ever, and when the health and wealth of the nation is coming into question. Perhaps, however, this will be an easy win for policymakers as they consider their political futures, having seen which way the winds of opinion are blowing.