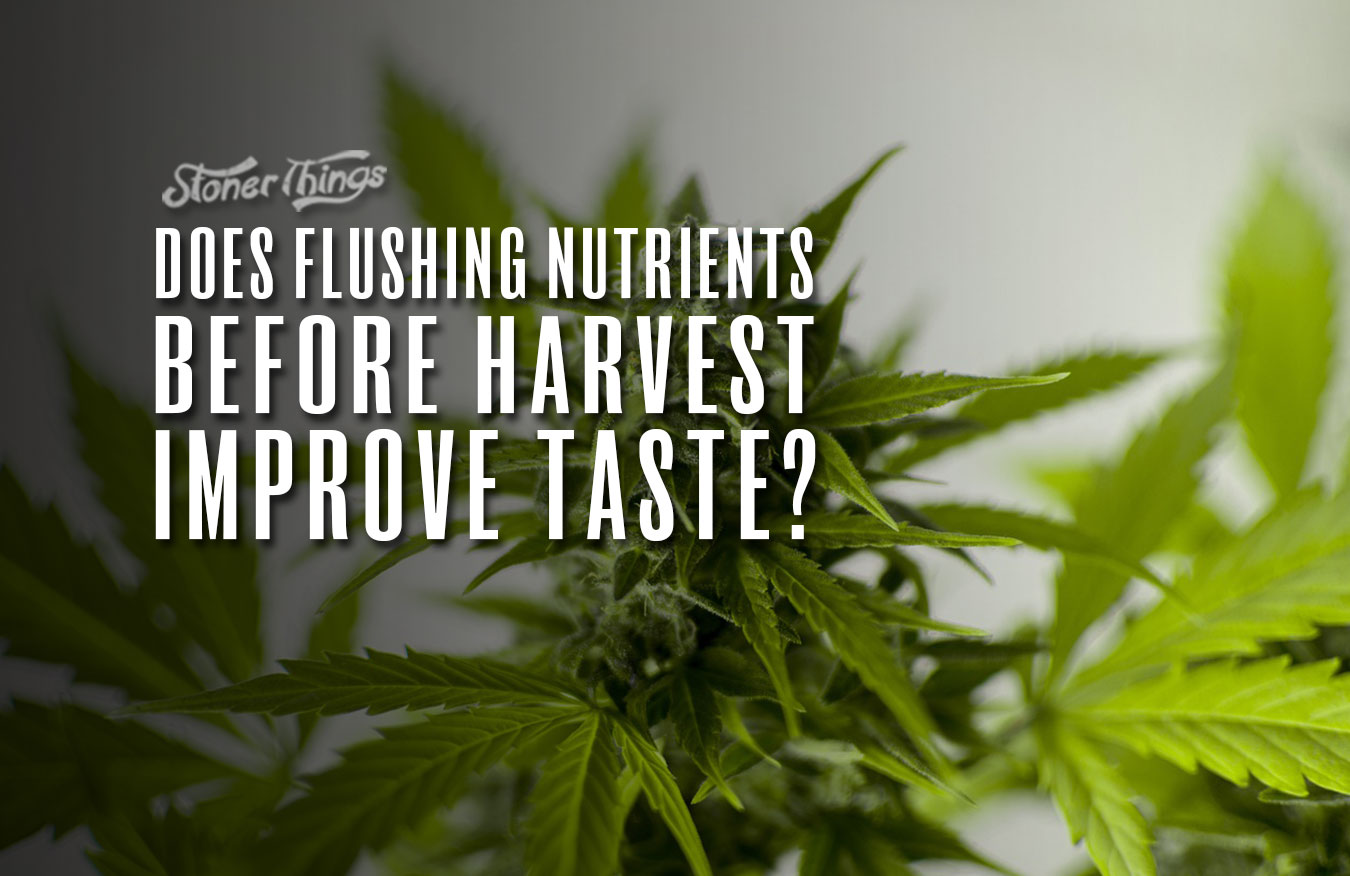 There’s a longtime practice among cannabis growers to “flush” nutrients before harvest to improve taste. Why? The thinking has been that any leftover fertilizer would alter the taste or even the burnability of the plants. Burnability? Yep, growers say the salts leftover from excess nutrients can affect how it burns. Not everyone flushes their crops, but it’s a widely accepted practice due to these ideas about the burn of the flower and its subsequent taste. Some recent research casts doubt on this claim, however.

Back in the 1980’s a “blind taste test” concocted by a marketing firm tried to establish Pepsi as the dominant cola. But what about a taste test for marijuana that has been flushed or not? That’s sort of what RX Green Technologies did, but with a specific strain. Cherry Diesel was flushed for 14, 10, 7 and 0 days. Their full methodology can be read on their website, but essentially the idea was to give smokers a taste of buds that had been flushed the usual number of days before harvest, plus some that hadn’t been flushed. Guess which ones smokers preferred? The plants that had never been flushed were preferred, apparently.

Even more interesting is that plants that hadn’t been flushed looked healthier. It makes sense given that nutrient-rich growing conditions were used up until days before harvest, but suddenly all those nutrients have been removed. Leaves of plants that have been flushed further from the day of harvest have lost a lot of chlorophyll, and appear browner. Luckily chlorophyll isn’t something you want lingering in your cannabis plants when you smoke them.

What you do want in your marijuana flowers are terpenes and cannabinoids. The research from RX shows that terpenes and THC levels remained intact no matter how many days ahead flushing occurred. Interestingly, there was also practically no change in mineral content. There were some minor changes in iron levels, however. But those won’t really impact the smoke that much, nor its potency.

Extraction efficiency showed some interesting data. Apparently flushed plants had a higher yield, but not higher quality yield. Basically, when going to wax or other concentrates, it’s possible that less flushing may yield a better product, just not as much of it.

In the end, RX found that flushing has minimal impact on terpenes and a number of other factors that are important for extraction or just smoking flowers. Yet they did find in their expert panel of taste testers that they tended to prefer plants that hadn’t been flushed at all. You might think that plants that were in the middle, with just 7 days of flushing, were a proper compromise, but those were in fact the least favored of all the plants in terms of taste. What conclusions can we draw from all this? Probably that more research needs to be done with more strains, but also that flushing may not really improve the taste of smoke like we thought.