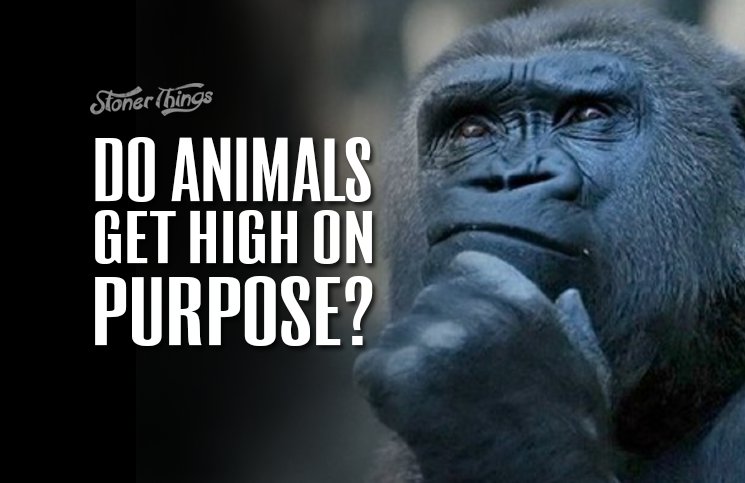 A story is told of a herd of elephants who once broke into an Indian warehouse late at night and stumbled upon a massive cache of whiskey. They proceeded to drink it – all of it – and then went on a violent rampage that killed several people and destroyed a score of homes. 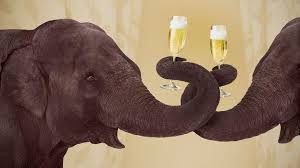 We know human beings enjoy getting high. We absolutely love booze and drugs, more than most other things in life. That’s not surprising, given the way recreational chemicals trigger receptor cells in the brain’s so-called “reward center.”

Take a toke and you get a rush of dopamine, in other words. The same is true when you drink or smoke a cigarette or gamble (assuming you like to gamble). It’s especially true when you have sex.

But does what appeals to people also appeal to “lesser” animals? Well, we can be quite sure that some of the more conscious creatures will take almost any opportunity to get high. It’s not just elephants: primates, dolphins, even cows are known to seek intoxication.

Why? Probably for the same reason people like drugs: Life is full of misery at almost every turn, and we gladly use every little tool to make it better, if only for an hour or so. We can’t know how animals feel, of course, but there’s a good chance they, too, experience suffering that can be alleviated with drugs.

Consider the cattle of Vietnam. Poppy flowers, the source of opium, morphine, and heroin, grow widely in that country – widely enough that water buffalo have no trouble finding and eating them. But they don’t, mostly, because they’re apparently content to live lives of quiet, sober grazing instead.

That changed during the Vietnam War. As bombs fell by the thousands and soldiers marched across rice paddies, Vietnamese cattle started eating poppies with abandon. Locals could tell in part because the cows fell into a mild stupor, clear intoxication.

And of course there’s the legendary story of the discovery of coffee, an admittedly mild intoxicant but an intoxicant nonetheless. As the story goes, goat herders in present-day Ethiopia discovered their livestock were becoming hyperactive after eating common green berries. When people chewed on the beans, they discovered the wonders of caffeine that their goats had already learned.

Recreational drug use is a natural act

What does all this mean for humans? For one thing, it knocks down the argument that using booze or drugs is an inherently unnatural act. Intoxication appears to be a common feature of life on Earth, and moralizing has done little to stop its reach.

This is why cannabis prohibition is doomed to fail, always. You can throw every weapon in the world at intoxicants, try to wipe them from the globe, try to ban their use and cultivation and shipment. But you will fail, every time. Getting high, it turns out, is more than a good time: It’s natural.