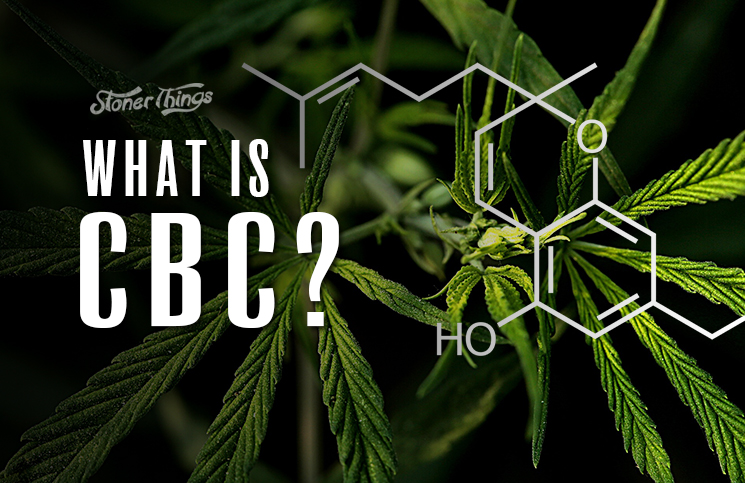 There are, of course, many cannabinoids in cannabis — that’s part of the value of the plant itself. The many useful compounds in cannabis are only now starting to be fully understood and researched, but one has been known for decades: Cannabichromene – or CBC. What is CBC? It may not be as well-known as THC, but it’s considered one of the “big six” cannabinoids due to its promise in medicinal use.

The CBC cannabinoid exists in the cannabis plant, and is the second most abundant cannabinoid in the plant. CBC is another cannabinoid that seems to benefit greatly from being combined with other cannabinoids for maximum benefit — known as the “entourage effect.” Weird how that works, but it’s something scientists are finding quite common with compounds in cannabis. And CBC appears to be one of the most important cannabinoids to combine with others to make better medicine.

What does CBC do in the body?

The benefits of CBC often involve aspects of our nervous system and brain, but also include some cancer-fighting capabilities and potential help with gastrointestinal issues. What’s interesting about CBC is how it binds to certain things. Unlike THC, CBC doesn’t produce a high — but it does bind with receptors that are linked to feeling pain. Scientists say it helps stimulate the body’s natural endocannabinoids like anandamide, which is also known as the “bliss molecule.” Further, CBC appears to be an antagonist to receptors that control pain sensitivity, and neurogenic inflammation. That last bit has the potential to help with medical conditions such as multiple sclerosis, fibromyalgia, and other conditions that come from neurodegeneration. Even acne could be reduced because of the anti-inflammatory properties triggered by CBC use.

From Cancer to Depression

Here’s where things get really interesting. Because CBC is shown to reduce the uptake of anandamide, it can facilitate a number of natural healing properties in the body. Studies have shown anandamide could actually trigger the death of cancer cells. Another study showed reduction in tumors. CBC is now seen as the second most potent cannabinoid for tackling tumors, with CBG (cannabigerol) being the most potent. We’ve known THC has anti-tumor abilities, but promising new research using CBC could mean reducing or preventing chemotherapy in the future.

Also, CBC marijuana could increase concentrations of NPSCs, or neural progenitor stem cells. This means it could mitigate damage from diseases that eat away at our brain’s ability to heal itself. A daughter of these cells, astrocytes, are used to repair nervous system damage. So, dementia, Parkinson’s, Alzheimer’s and similar conditions could be helped with CBC treatments.

As for depression, when combined with THC and CBD, CBC becomes a potent multiplier of effects. What we know is that THC in low doses can be an antidepressant, but in very high doses can actually worsen depression symptoms. Also, CBD has shown similar antidepressant effects, and going further to help with anxiety — perhaps why a recent trend to combine THC and CBD for anyone who might feel “anxious” after ingesting THC is becoming popular. Anyway, what scientists are realizing is that combining the three cannabinoids could provide the regulatory mechanisms to the brain to treat depression. The research is ongoing, and still a bit early (human studies are often late and long to the party), but there is definite promise.

CBC is a partner

Like many cannabinoids, scientists are finding that compounds work better than individual chemical distillations. The combination of CBC with THC or CBD shows great promise in a number of medical issues, but even used alone is showing great hope for cancer treatment. As we’ve seen before, it’s not so much the cannabinoid itself, but the way it activates our own body’s mechanisms for healing that carries so more potential to help those suffering from a wide range of maladies. With more research, it’s very likely we’ll see more effective treatments in the future, all from a plant from which we’re still unlocking secrets.