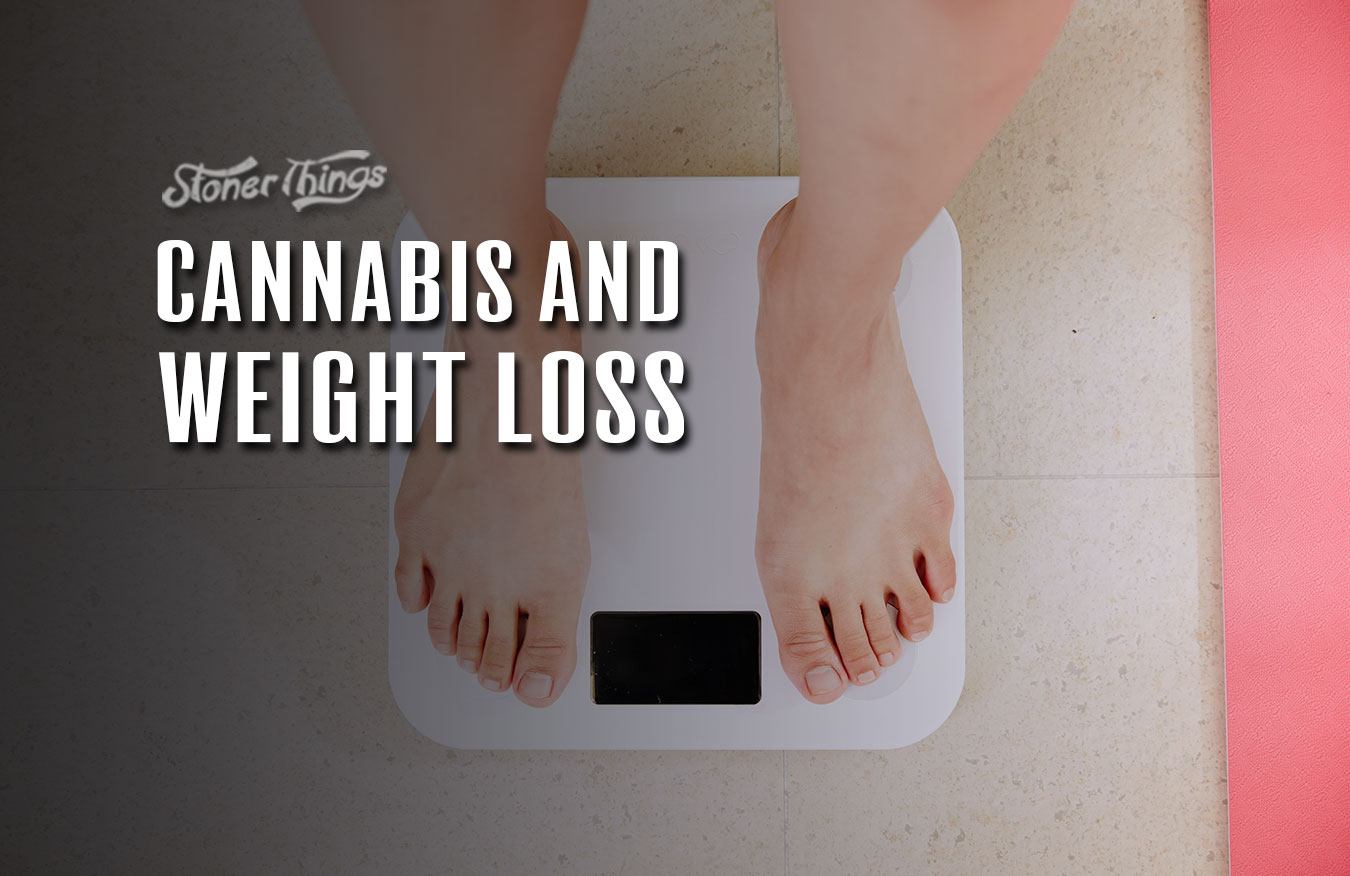 Could smoking cannabis open the magical door to weight loss? Some recent studies have implied that daily cannabis use is associated with a lower BMI, smaller waist size and lower fasting insulin levels. Some cannabis growers have heard the news, and are marketing strains as conducive to weight loss. Could weed get you to your goal weight? Let’s see what the experts have to say.

Everyone knows the general stoner stereotype — toking up and then getting a major case of the munchies, where every bag of chips and every pint of ice cream is in immediate danger of a snack attack. Studies on mice from a few years ago indicated that THC (the psychoactive compound in cannabis) may be linked to a better sense of smell. Since smell is so closely linked with taste, there might be some truth there. The crutch here? Science doesn’t understand just how cannabis affects appetite (and, by association, weight loss)– and they won’t, until federal legalization allows scientists to significantly study the drug and its various components.

Another thing to consider is the diet. While some research shows that smoking cannabis triggers a hormone release that can, in turn, cause the user to feel famished, everyday dietary habits can have a notable influence. Those that nosh on healthier foods will most likely maintain those habits even when stoned. Those that prefer fatty, sugary snacks will most likely continue those habits. In fact, other studies have indicated that cannabis consumption doesn’t cause weight gain.

The International Journal of Epidemiology published a paper that detailed a study of 30,000 people. Some smoked cannabis to get high, and others did not. The study showed that while everyone gained weight throughout the program, those that smoked cannabis gained the fewest pounds. The result? Researchers started to theorize that cannabis could cause cellular changes that, in turn, affect weight gain. This is supported by another study detailed in the American Journal of Epidemiology, which indicated “stoners” may weigh less than those that don’t consume cannabis.

Aside of the studies mentioned earlier, other studies have shown that many cannabis users have smaller waistlines than non-users. Their cholesterol levels are lower than those who don’t consume cannabis, too. The most exciting and non-biased piece of information? Those results are accurate for all ages and genders, no matter the study sample size.

So what do researchers think about all this? Scientists speculate that there may be a link between THC and weight loss. Researchers at the University of Calgary followed up with an experiment. The researchers examined mice that were both considered normal and others that were classified as obese. They received THC daily, and the obese mice lost weight over time. The mice with “normal” weight weren’t affected by weight gain or loss. This resulted in a hypothesis that THC consumption causes something in the gut to regulate digestion (and by association, weight).

And these aren’t one-off studies, either. These results have been duplicated in studies worldwide – Canada, Hungary, Italy, Poland, and the UK — leading researchers to conclude a direct correlation between a reduction in BMI (Body Mass Index) and THC consumption. The ‘why’ behind a person’s consumption was irrelevant, too; so those that smoked cannabis for pain relief versus those that smoked weed for fun didn’t change the findings or conclusion. That detail alone is pretty darn groundbreaking.

But of course, it can’t be as simple as that. There’s evidence that seems to support the notion that the effect of cannabis on weight is more complicated than it appears (duh). There may be long-term outcomes we’re not yet aware of. The status won’t change until robust (and federally legal) research can happen with cannabis; most of these theoretical assumptions remain so, at least until more data is generated.

Lifestyle factors could explain the connection between what appears to be causation. Cannabis contains literally hundreds of cannabinoids, many of which we don’t understand. There are two components, the dynamic duo of THC and CBD, that seem to provide medical benefits. The human body already makes endocannabinoids. THC and CBD create their effects by copying those endocannabinoids, acting on those cannabinoid receptors in both the brain and body.

Cannabis has a mysterious complexity. We’re just starting to understand the subtle effects one chemical compound has – both alone and in tandem with other cannabinoids.

Let’s use CBD and THC as an example. These compounds, from what we understand of them, are a yin and yang combination. CBD has been shown to counteract the high from THC, and while THC can increase anxiety, CBD can reduce it. In a recent Men’s Health article, Jeff Chen, MD, MBA, the director of the Cannabis Research Initiative at UCLA’s Semel Institute for Neuroscience and Human Behavior, noted each has different effects on appetite as well. “We know THC is an appetite stimulant in human studies, but CBD is an appetite suppressant in animal studies,” Chen said.

While current research and data imply that cannabis can positively affect BMI, we simply don’t know enough to say so with certainty. Didier Jutras-Aswad, a neuroscience professor at the University of Montreal, has studied how cannabis affects functions of neurobiological circuits that control appetite.

Chen offered a different opinion and noted, “While these studies are certainly interesting, I would not recommend it for that purpose—after all, there are contradictory appetite-stimulating and suppressing effects of the compounds in cannabis,” says Chen.

Optimistic caution might be the prescription here, at least for now. Why? There’s a chance that cannabis can negatively affect people in some cases. For example, data generated by other studies show a possible link between consumption and heightened risk of prediabetes.

However, for cannabis advocates and enthusiasts, the available data questions the standard “munchie” stoner stereotype. Some change is better than none, right?