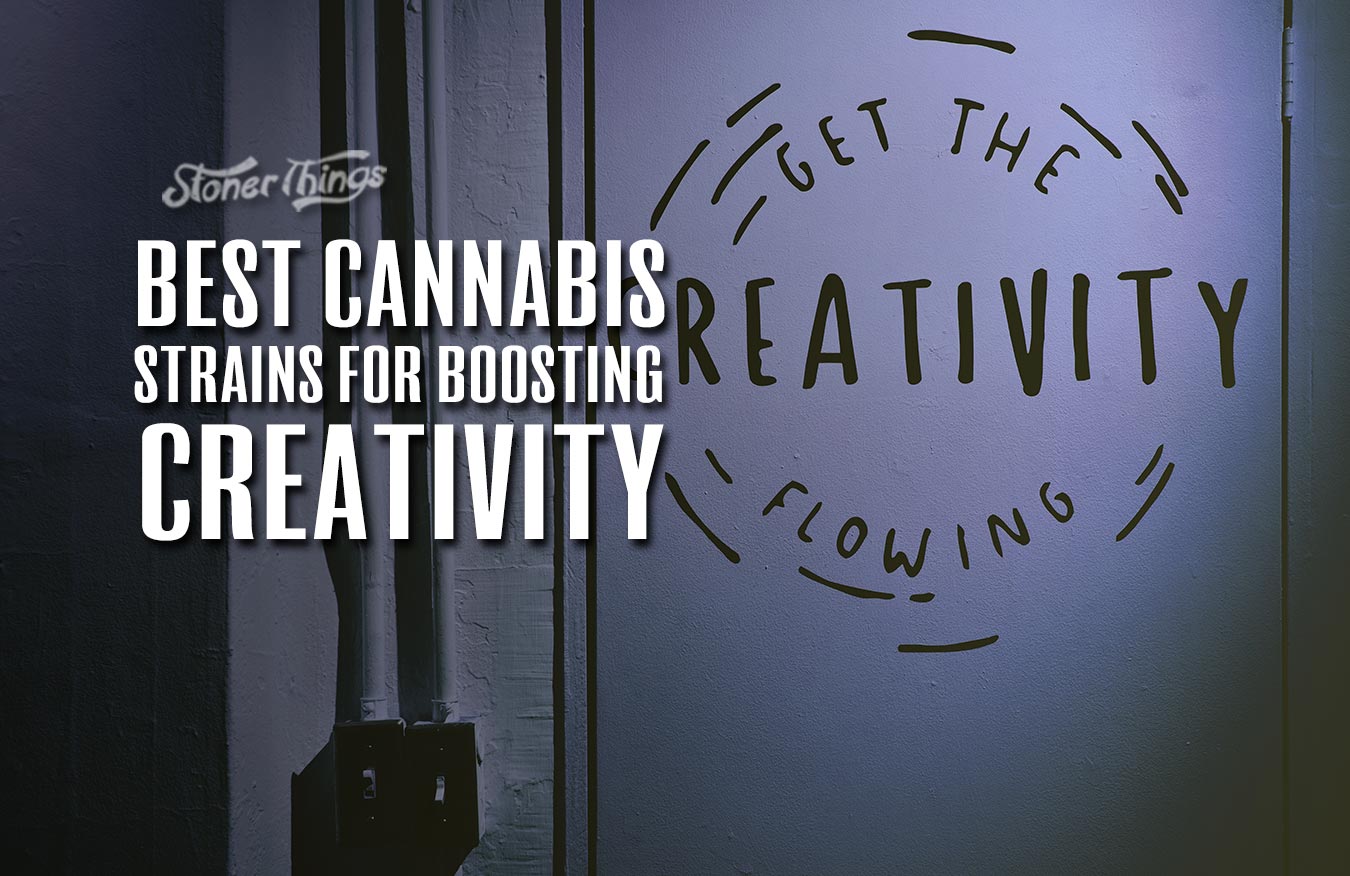 There are cannabis strains for just about every purpose today. It makes sense — as legalization spreads the market has tried to meet customer expectations. Sometimes those expectations are, “this will help with pain,” but sometimes they’re more “this will help me relax and get creative.” So, are there strains for boosting creativity? Of course there are, just as there are strains to help you sleep, or help reduce inflammation, etc. If popular culture has promoted any idea about weed, it’s that artists smoke it to “get creative.” A number of artists have said this is true for them, like Alanis Morissette. Even captain of industry Steve Jobs said smoking pot made him “relax and get creative,” although there’s some question as to how long he continued to smoke later in life. Either way, we are now enjoying an embarrassment of riches when it comes to cannabis strains, and there are definitely several that purport to increase your creativity.

Perhaps the best-known strain for creatives is AK-47. This strain has won awards, and it’s been around for a while. But it’s also increased its potency over the years without nuking its benefits. Those benefits? They include focus, with an uplifting high that makes it easy to think over ideas for long periods of time. If a strain has left you feeling scattered, like when you’re looking for your keys when you realize they’ve been in your hand the entire time, AK-47 is a good antidote to that feeling.

A few newer strains are making waves as well, including Sage N Sour, and Super Sour Lemon. Typically when you see “haze” on a strain it’ll make your mind a little foggy, but with these “sour” strains, it’s more about uplift and perception. Both strains appear to minimize cottonmouth, and provide a less-anxious experience for beginners.

While the name might give away its properties, a strain called LSD is known to be extremely effective at boosting creativity thanks to its “trippy high,” but it is an Indica, so it’s also effective in treating insomnia and lack of appetite.

Perhaps better known and more widely used is Sour Diesel, which has become very popular with celebrities and is considered one of the most potent strains out there. Sour Diesel is 90% sativa, and has a potent smell to match its profile. This can be a bit much for new consumers, but works great if you’ve developed a tolerance.

Finally, there’s another popular strain: Blue Dream. While more appropriate for end-of-the-day toking, this one has a two-stage high, with a sativa uplift at first, then a nice, relaxing come-down that aids pain management.

The million-dollar question remains: Does cannabis make you more creative? In a study that measured divergent and convergent thinking, scientists found that divergent thinking doesn’t appear to benefit much from getting high, but convergent thinking does see a boost. This has led some to categorically wave away creative benefits of cannabis, but there are other factors at play. For example, how creative were the participants in the study to begin with? How deep was their knowledge? There does seem to be some evidence that cannabis can help connect dots by changing perception — in other words, since you’re seeing the world differently, you’ll be more prone to connect things that weren’t easily connected before. That’s partly how creativity works, by combining, altering, and synthesizing old into new, established into innovative. Creativity itself is a big topic, and warrants more research, as does the role of cannabis in boosting creativity.

A hybrid that is quite popular for its flavor, appearance, and medicinal value, Blue Lights is a good choice for those looking for a smoke that inspires creativity. This particular strain can also be beneficial for reducing anxiety.

A Sativa of the highest quality, Shaman may just help you unlock the hidden powers of your mind as its name suggests. It is also used for treating depression, anxiety, and for the management of chronic pain.

Hailing from the southeast African region of Salima, Malawi is a Sativa strain that is about as pure as they come. Aside from boosting creativity, this strain can be an effective aid against depression.

A hybrid that has proven medicinal value for dealing with anxiety, Grapefruit Haze is a wonderful strain characterized by a distinctive blend of fruity and spicy flavor notes. A Sativa dominant hybrid, Grapefruit Haze gives off a noticeably cerebral high that could be just the thing to kick your imagination into overdrive.

With a THC of a whopping 20%, Fire OG is every bit as powerful as they come. A hybrid with a remarkably fiery appearance befitting its name, this is one of the most potent OG strains that you will ever come across. In addition to being a creativity booster, this strain is also useful for treating insomnia.

Another hybrid that can be a great creativity booster, Earthquake packs a powerful enough punch to make it suitable for a wide variety of uses as well. Useful for more than just boosting creativity, Earthquake can also be an effective aid against anxiety.

The superbly named Jah Kush is a favorite choice for numerous reasons, not the last of which is its ability to combat depression. A hybrid that has a remarkably potent quality, this could be just what you need to take your creativity to the next level.

With a sweet and citrusy flavor and a powerful buzz, Maple Leaf Indica has enough qualities to make it a great choice no matter what you are looking for in your herb. It is also a great creativity booster, and has aphrodisiac and stress relieving qualities as well.