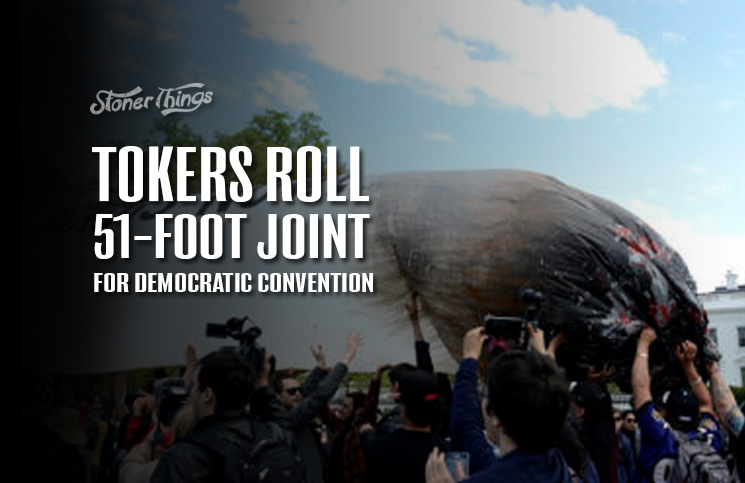 It’s been a tumultuous political season, and partisan tensions are only likely to rise as November nears. In the chaos, it can be easy to forget how important this race is for marijuana users and the advocates who support their rights.

It’s an issue those advocates hope won’t get lost in the political fray, and to that end, some of them brought their case to the Democratic National Convention in Philadelphia – in the form of a smouldering 51-foot joint.

The idea was to march the enormous J four miles between City Hall and the Wells Fargo Center, both in the heart of Philadelphia. The March started around 1 p.m. July 25, the first day of the four-day convention, where Democratic delegates were expected to nominate Hillary Clinton for president.

Huge joints are a staple of cannabis conventions and, occasionally, political protests. But they’re surprisingly hard to roll. Chris Goldstein of the Philadelphia branch of NORML said the process is similar to inflating one of the dancing stick figures frequently set outside car dealerships. The difference: Instead of using a fan to inflate the joint vertically, it would be inflated horizontally.

Once the J was lit, the fan blew smoke from the cherry to the roach, where users inhaled it. The folks behind the march have tried this before, with an attempt this spring to light a massive marijuana cigarette across from the White House. It didn’t quite work, but activists were hopeful they had ironed out problems.

Volunteers took turns holding the J aloft as it passed along Broad Street to the site of the convention at the Wells Fargo Center. They returned it along the same route on the last day of the convention. 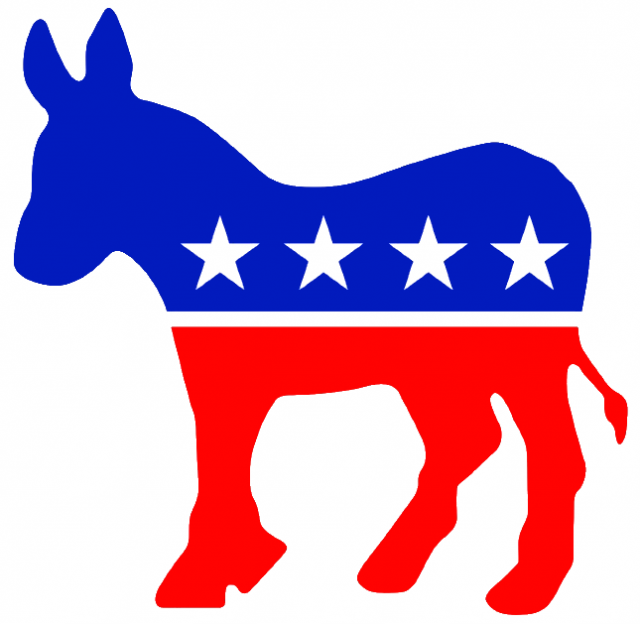 “The marijuana movement has to bring some levity to the tense times we’re living in,” said Nikki Allan Poe, a well-known local activist. “We wanted to do a protest that’s fun. Times are changing. Things are getting different. Marijuana can unite this country. We’re the new America. We want to be heard, with a message of peace, compassion, and care for people. This directly affects our community so we want our piece of the pie, standing up for ourselves. It’s an exciting time to be alive.”

Democrats seeking a ‘path to legalization’

But Goldstein doesn’t consider this a “protest,” exactly. Rather it’s a celebration, reflecting the DNC’s shifting position on marijuana reform. A vote on the Democratic platform in July marked the first time a major American political party has called directly for a “path to legalization.”

Goldstein and his fellow reformers were arrested just three years ago for lighting up during a protest on Independence Mall. Public cannabis consumption is a misdemeanor in Pennsylvania, though the drug is decriminalized in Philadelphia. That means protesters who toke during the march will face small civil fines at most.

“Removing marijuana from the Controlled Substances Act was, three years ago, a very radical position,” he said. “Now, Bernie Sanders has a bill in the Senate about it, and the party is seriously considering it. We’ve had decriminalization here since then. Are we protesting or are we out there cheering them on?”