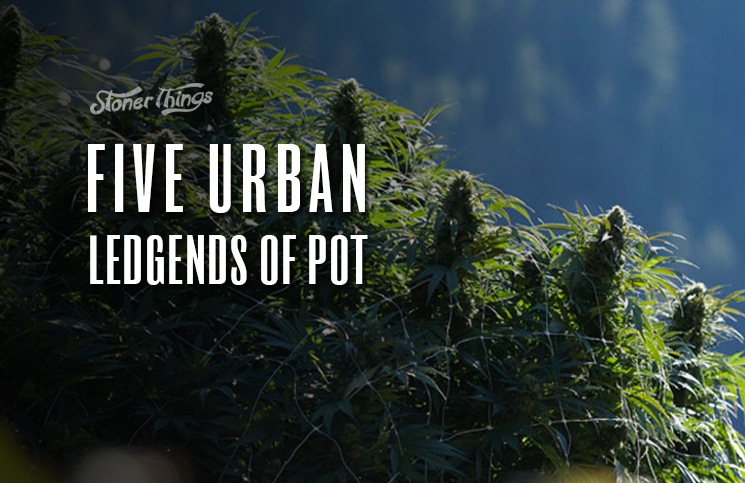 With 2014 behind us, it’s time to debunk some of the most persistent scare stories and urban legends about weed. And there are plenty of them.

Does marijuana really cause impotence? Does it really lead to cancer? Did nefarious potheads really poison Halloween candy and give it to kids? The answers to such questions might just surprise you.

So here are five of the most durable cannabis urban legends. These aren’t so much myths or misunderstandings as they are willful attempts to blur the record and keep everyone away from marijuana.

1. Halloween candy was spiked with pot

The answer to this one is unambiguous: absolutely not. As of early November, there wasn’t a single report of marijuana-poisoned Halloween treats. Not in Colorado, not in Washington, not anywhere.

The only incident that came close occurred in Maryland, where police seized illegal cannabis candy on Halloween. The sweets weren’t intended for children, but national media blared the story as if they were.

The reality is, there are very few lurking sociopaths out there determined to hurt our kids. And those few people have never spiked children’s Halloween candy with razor blades, glass, or THC. It simply doesn’t happen. 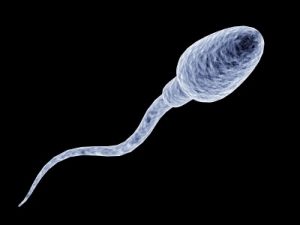 From all the years of dire propaganda against marijuana, you’d think men who smoke it are incapable of having kids. Ever seen a family of weed smokers? Yes, you have. And that alone should put this legend to rest.

To be fair, there is some science suggesting heavy cannabis use can inhibit sperm and make it harder to conceive. But the evidence is still limited, and as far as we know, the effects are strictly temporary. Give up the ganja and your baby-makers swim just fine again.

The infertility trope has been around for a long time. What isn’t discussed so often is the effect other recreational drugs have on potency. Heavy drinking, for example, can lead to a decrease in testosterone and an increase in estrogen, making it harder to have children. Not to mention cocaine, heroin, methamphetamine, and steroids, all of which can lead to impotence or erectile dysfunction. 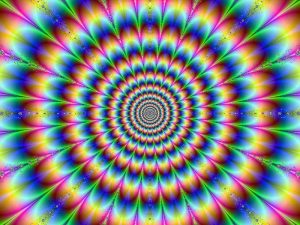 Most people know acid trips can come back to haunt you – days, weeks, or even years later. And these flashbacks aren’t always pleasant. But can weed produce a similar effect?

One persistent rumor has it that cannabis users sometimes become high long after use when THC metabolites are somehow spontaneously re-released from fat tissue into the bloodstream.

It may be possible to fail a drug test even after the normal detection window closes. But the evidence supporting this notion is scarce, and there’s absolutely no proof that pot has ever caused a real flashback. 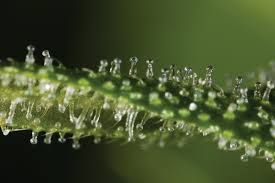 Police frequently claim modern weed is as much as 30 times stronger than the kind of dope people bought in the 1960s. This is a falsehood, plain and simple. If it were true, every hippie who ever claimed to be stoned would’ve been lying.

THC is the psychoactive ingredient in marijuana, and you must consume enough of it to become high. The more you ingest, the higher you become. But there are limits to how much THC the cannabis plant can produce, and those limits are genetic, not human. New breeding techniques have produced greater potency, but not by the leaps and bounds suggested by law enforcement.

The highest potency for a cannabis strain today is just 28 percent, and that’s hard to find. By that measure, if police are to be believed, pot in the ‘60s contained less than 1 percent THC. That’s far less than real people need to get baked. And real people have been getting baked since the dawn of civilization.

Whatever authorities may claim, all modern weed descends from strains that existed in the 1960s. It’s why names like Haze and Kush are attached to so many unique strains: They all started with the same plants. Though newer strains are sometimes bred to create higher levels of THC, the difference is negligible.

Besides, as long as you don’t drive or perform surgery, being high is being high. Being more high is usually a good thing, but it’s not like hitting hard drugs or drinking yourself into oblivion. There’s a ceiling with weed. 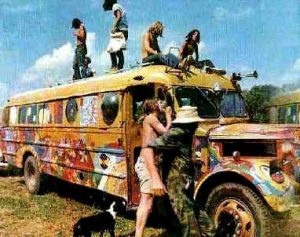 Contrary to popular belief, a much smaller portion of the population used weed in the ‘60s. Roughly 40 percent of present-day Americans have toked at some point in their lives. By comparison, just 4 percent of Americans had tried the drug as of 1969.

Marijuana use probably did increase among a very small percentage of the population: the counter-culture college students who picked up liberal causes across the country. Most Americans remained culturally conservative and rejected potheads.

Weed was seen as a statement of protest in the Vietnam era. Today, it’s just another way of life. And support for reform continues to grow, a sign of how much has changed in the last five decades.